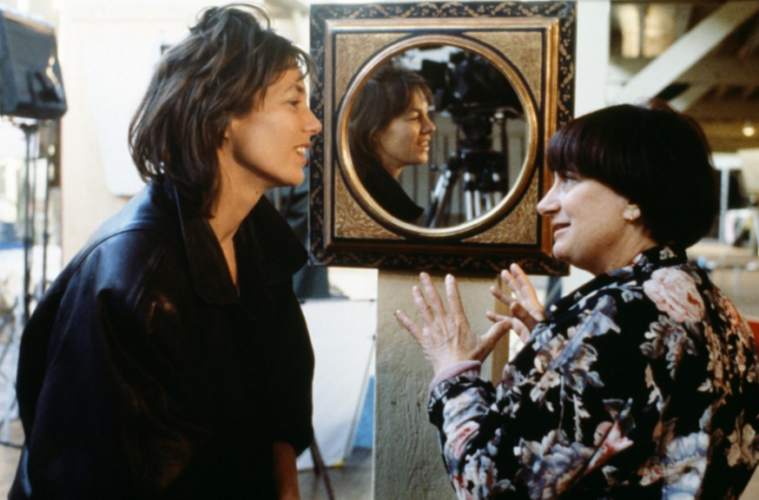 The Harmony of Agnès Varda and Jane Birkin

In 1987, Agnès Varda, one of the few female directors to emerge from the French New Wave, began a friendship with English superstar and model Jane Birkin. While Birkin had appeared as a cinematic object of desire as far back as Antonioni’s Blow-Up, Varda had no interest in continuing this trend. Instead, she listened. The resulting two films — one a documentary-like fiction, the other a fiction-like documentary — are signs of two major feminist icons of very different sorts finding ways to explore their own stories.

Their first collaboration might win an award for the most surprising title, given the subject matter, but Kung-Fu Master! does aptly describe one of the central metaphors in this gender-flipped Lolita narrative. Birkin plays a single mother named Mary-Jane who can’t help but fall for a seemingly oddball schoolmate of her daughter, the rather banal and not particularly charming Julien. By eliminating the charm and slowing the narrative, Varda frames this story as one of empathy. The film never over-accentuates the stakes of its drama, allowing for sequences that naturally increase both the emotional desire while leaving spectators in suspense as to what physical intimacy will develop. Instead of playing it for big laughs or big melodrama, Varda’s camera simply peers into the kind of lonely soul who would desire someone willing to spend time with her, even if only for the adolescent escape of video games. Varda and Birkin co-wrote the script from Birkin’s original idea, but Varda went even further to make this fantasy story into one of realism: she cast her own son, Mathieu Demy, as the young Julien, and they shot many sequences in Birkin’s own home — with the actress’ two children, including a young Charlotte Gainsbourg — as well. The result allows Birkin to remain at once rather comfortable in her role while always placed at an emotional vulnerability in the story.

If Kung-Fu Master! allowed Birkin to tell her own story to Varda, their follow-up film creates an opposite effect. As the title, Jane B. par Agnès V. would suggest, the filmmaker has crafted something that’s both a portrait — literally, as she “casts” her in famous Renaissance painting recreations — and a love letter to a fellow woman. Just as in the previous film, Birkin mirrors Varda’s peering but sympathetic camera — she seems to constantly bare her soul and dreams, yet her wistful confessions always carry a rehearsed element. She will appear to bare her soul while never truly sharing it. When Birkin explains that looking into the camera embarrasses her, Varda, speaking from behind the screen, immediately requests she stares.

And she will do so throughout Jane B. par Agnès V., creating moments where the fiction around her can finally expose some truth. Varda constantly creates new environments to test Birkin’s resolve. She casts her in a number of excerpts from possible movies — one as Joan of Arc, one with Jean-Pierre Léaud. Birkin calls for more authenticity, and Varda responds with more artifice. But what the director most allows is her actress to speak. Even when slow-dancing alongside a 20-sided hall of mirrors, Birkin slowly confesses to her dreams as Varda pushes the camera in, forming a single image. It’s a crucial moment in a film in which every bit of the documentary feels supremely crafted, but it’s all for showing the authentic romance at its center as two artists collaborate in harmony through their pushing and pulling.

Kung-Fu Master! and Jane B. par Agnès V. are now available on Blu-ray and MUBI.