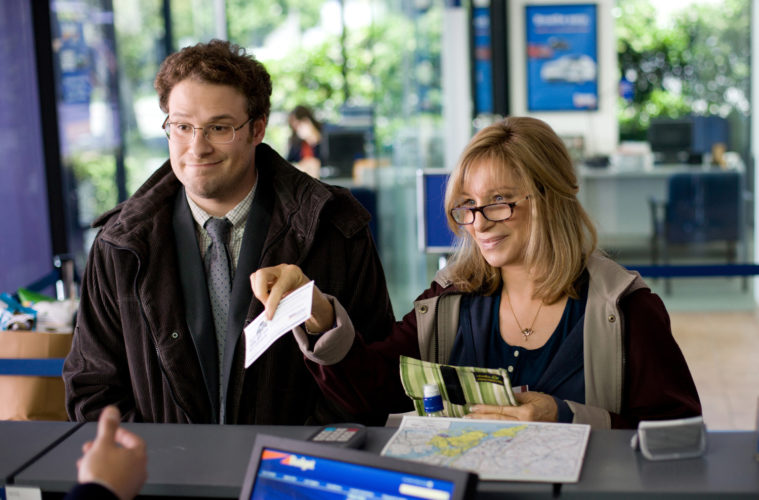 We’ve got some minor release date updates this evening, as Paramount has moved The Guilt Trip, the mother/son road trip comedy starring Barbra Streisand and Seth Rogen, up a week and will now come out December 19th just ahead of Christmas weekend. That Wednesday will have some competition from Disney’s re-release of Monsters Inc. in 3D and the Kathryn Bigelow drama Zero Dark Thirty (which has confirmed a limited New York and Los Angeles release of December 19th, before going wide on January 11th), but this move keeps The Guilt Trip from having to open on Christmas Day alongside potential blockbusters like Quentin Tarantino’s Django Unchained and the star-studded musical Les Miserables. Fox will now be trying to tap into the family market solo on Christmas with its Billy Crystal/Bette Midler comedy Parental Guidance and honestly, I wish them a lot of luck, because that is the last movie I think anyone is looking forward to on December 25th.

It was also announced today that the cop comedy Ride Along, starring Ice Cube and Kevin Hart, has staked an official release date: January 17, 2014, right at the beginning of Martin Luther King Jr. holiday weekend. On top of that THR has released some information on the movie itself: Hart will play a risk-adverse teacher who finds himself on the “ride along from hell” alongside his potential future brother-in-law cop played by Cube. Tim Story (Think Like a Man) is directing the movie, which is currently shooting, and its cast includes Jay Pharaoh, John Leguizamo, Tika Sumpter, and Bryan Callen. Considering that Ride Along is already in the midst of production, it’s surprising that it won’t be ready until 2014, but this is the current plan. [BoM]

Did The Guilt Trip and Zero Dark Thirty make the right move? Looking forward to Ride Along?