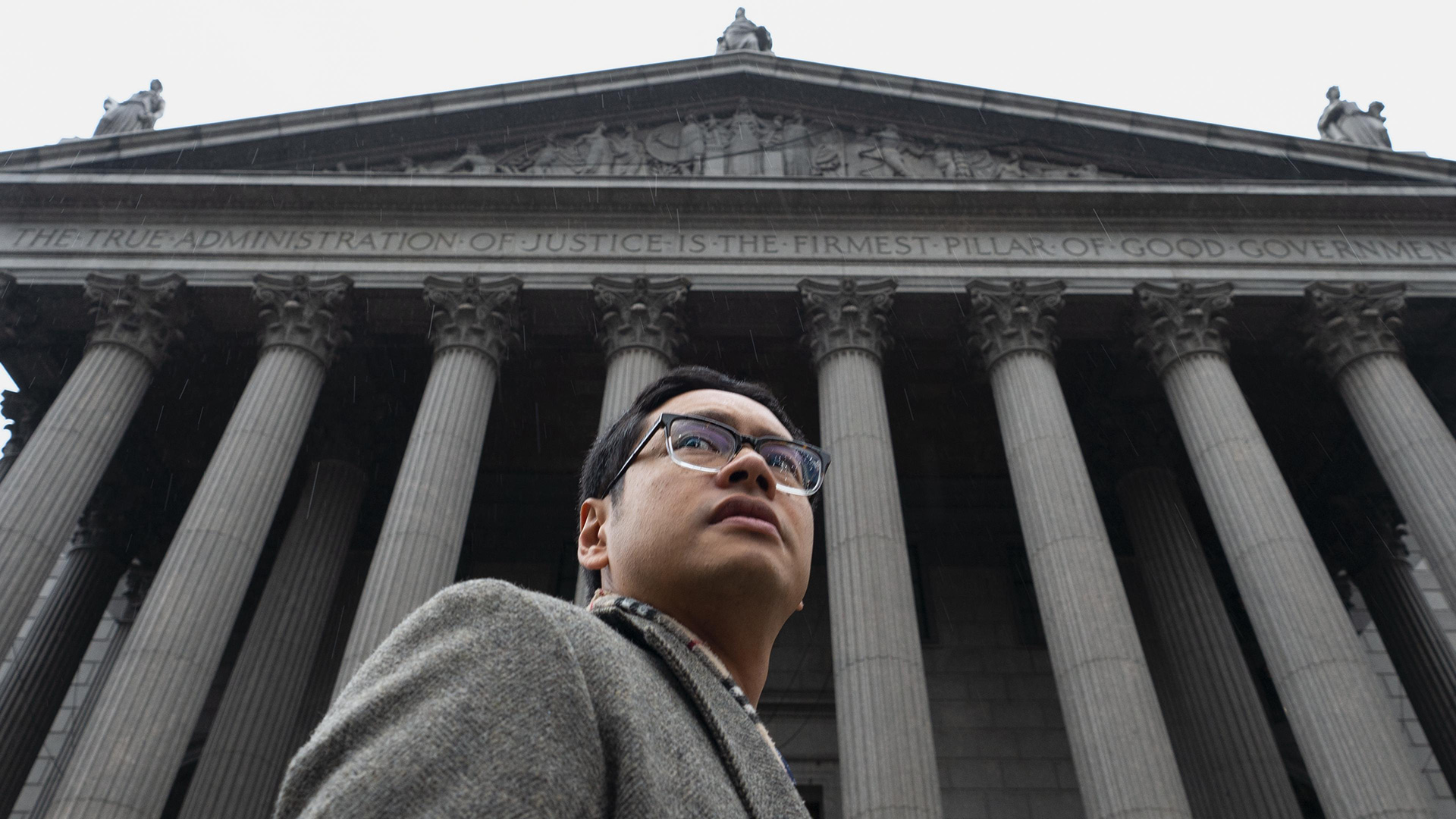 Anyone who cares about injustices committed by the Trump administration towards immigrants, women, the LGBTQ community, and other at-risk groups guaranteed civil liberties under the Constitution already knows about the court battles waged during the course of Eli B. Despres, Josh Kriegman, and Elyse Steinberg’s documentary The Fight. Anyone who doesn’t believe injustices have been committed—or worse, believe the White House’s actions were a response to injustices committed upon “true white Americans”—isn’t going to spend their money watching how those cases shook out beyond the scope of their privilege. So it was crucial that the filmmakers find a way into this important topic that allowed them to deliver something beyond headline sentiments. Rather than focus solely on the “fight” itself, they pivoted to highlight the “fighters.”

So while this film is about four cases seeking injunctions to block Donald Trump’s objectively hostile executive orders and dog whistles––ones that sought to delegitimize states with undocumented residents via the census, remove career transgender military from their posts, revoke the abortion rights of detained minors, and rip innocent children from the arms of their parents regardless of legal asylum status––it tackles these issues from a common protagonist: the American Civil Liberties Union (ACLU). It takes us beyond the nuts and bolts we all heard while watching these battles unfold via the twenty-four news cycle and into the nuanced day-to-day struggles of the men and women working around the clock to curtail federal government overreach. This is the story of unrelenting, heroic lawyers.

That in and of itself is interesting considering how our country implicitly denigrates the profession courtesy of jokes targeted at defense attorneys who help facilitate litigious entities in their quest to silence opponents or profit off criminality. With the canonization of figures like Ruth Bader Ginsberg, however, we’re starting to see a shift from such reductive generalizations to the more complex truth that lawyers wield real power on both sides of the courtroom. We see volunteers working from airport terminals to try and ensure immigrants facing dire situations back home don’t get deported because of Trump’s Muslim Ban. We see them sacrificing time with their families in the hopes of reuniting strangers with theirs. We see them standing up against tyranny knowing justice is sadly no longer enough.

What I really like about this specific glimpse into that heroism, though, is their ability to let themselves be human for the camera. These aren’t pristinely dressed millionaires living off retainers from clients paying them to find loopholes. They’re simply regular people doing their best to argue why discrimination has no place in the United States of America (mostly). Lee Gelernt seems wholly incapable of comprehending the logistics of charging his cellphone. Celebration for Brigitte Amiri consists of “train wine” on the commute back home for the night. Dale Ho can barely get through a test run of his opening statements when confronted with the fear of going up against the Supreme Court. And Joshua Block and Chase Strangio must reconcile desire and ability to draw the best game plan for success.

By going behind the scenes like this we’re able to get a sense of who these people are and the chaotic anxiety that goes into preparing these types of trials with so much on the line. That doesn’t mean we’re going to get to know who they are outside of the office, though. That’s not The Fight‘s goal. The filmmakers have chosen to give four cases equal weight precisely because they’re providing a platform for the ACLU umbrella. Each instance may have a lead attorney (or attorneys) to focus on as a guide through their department’s ambitions, but this is very much a team effort. Whether it’s everyone coming together for a moot court or being there to celebrate a victory, this is bigger than any single person.

As such, not everything is depicted with rose-colored glasses. Just as we see numerous comparison points courtesy of archival footage like the juxtaposition of immigration detention centers with Japanese internment camps, there are also cyclical moments depicting the ACLU’s mission statement of helping all voices. That means acknowledging their complicity in what happened at Charlottesville and the complicated battles they wage between objectivity and morality. You have to allow white supremacists the same platform as those they discriminate against because not doing so would fuel the fire for the former to silence the latter. Just as National Legal Director David Cole is right to explain this fact, however, so too is Deputy Legal Director Jeffery Robinson in voicing why there needs to be more nuance to the argument.

I’ll admit that I would have liked Despres, Kriegman, and Steinberg to include more of this push and pull as the ACLU evolves within our current, highly volatile political climate because that’s where you can dig deeper to find answers. Does the decision to sprinkle those tough debates into a much friendlier profile that targets an audience already on the ACLU’s side make the end result a “puff piece”? No. I’m sure many people will dismiss it as one because of its one-sided narrative, but I’d argue that anyone able to ignore the damage wrought by the policies these lawyers are fighting against is merely revealing their lack of empathy and precisely why their counter viewpoint has no legs to stand on besides a foundation in opportunistic hate.