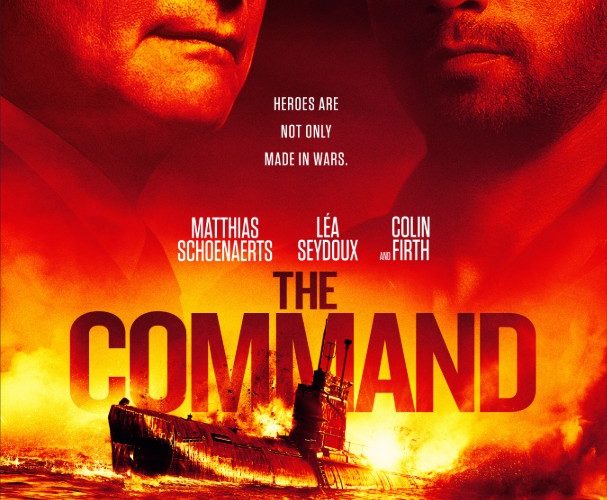 ‘The Command’ Review: An Examination of Negligence, Told Plainly and Mercilessly

In the summer of 2000, the Russian submarine named Kursk took on a naval exercise in the Barents Sea, the first of its kind since the fall of the Soviet Union a decade earlier. The Command (released under the title Kursk elsewhere), written by Robert Rodat and directed by Thomas Vinterberg, tells of the sub’s crew, the crew’s families and the government that failed them. Without fully spoiling this real-life event, things do not go well from those onboard the vessel.

As sub commander Mikhail (Matthias Schoenaerts) and his shipmates celebrate at their fellow soldier Pavel’s (Matthias Schweighöfer) wedding reception, the writing’s on the wall. Post-USSR Russia is floundering, wages are shrinking, and the military is energized only by principle. Speeches about duty and sacrifice underline what’s about to happen. Despite the relative modernity of this story (adapted from Robert Moore’s book A Time to Die), the structure of the film is incredibly tried and true.

There’s a certain irony in Vinterberg–one of the founders of the Dogme 95 movement–orchestrating such a straightforward narrative. Following modest indie hits The Hunt and Far From The Madding Crowd, the director has certainly become comfortable in this more traditional mode of storytelling. And though the general aesthetic and building intensity of this picture never matches the highs in Vinterberg’s filmography, there is plenty to keep one engaged.

Schoenaerts, who did good work earlier this year in The Mustang, carries the weight of the proceedings with aplomb. The actor seems to have become one of our most reliable renderings of masculine stoicism in these recent years. Léa Seydoux is sidelined on land as Mikhail’s wife, representing a newer kind of Russian citizen not quite as enamored by the pomp and circumstance as those who came before. Vinterberg gets solid, brief turns out of August Diehl, Colin Firth, and the great Max von Sydow, not to mention a memorable performance from Anakin Skywalker’s mother herself, Pernilla August.

Both the music and cinematography come from masters Alexandre Desplat and Anthony Dod Mantle respectively, though neither does much to stand out from past, better achievements. Rodat’s script structure–not unlike his Saving Private Ryan–builds from the tragedy outward, fully exploring every wound and how they populate. There is very little flourish here. It seems those behind the lens are more interested in presenting what they believe to be the facts, plain as day, so as to reveal those at fault. For what’s being told, this is accomplished fairly well. Vinterberg has made a career out of holding his camera on brutal faces for long, extended moments. There’s plenty of that in The Command, mostly used to great effect.

At its least, this film is a moderately engaging submarine thriller. At its most, this film serves as a pertinent reminder of the dangers of a government embroiled in bullshit, misguidedly confident in its own presumed greatness.

The Command opens on Friday, June 21.