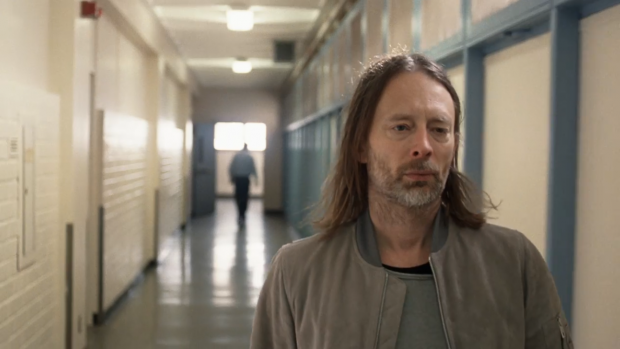 “Like many great works of art, Radiohead‘s latest music video makes you struggle for its inner meaning,” Rishi Kaneria posits in his new video essay, “The Secrets of Daydreaming,” which dissects the band’s Paul Thomas Anderson-directed collaboration. “It’s a film that is stubbornly ambiguous and resolute at guarding its personal secrets. The first time you watch it, you get the sense that, like an iceberg, much of its weight lies beneath the surface. But if you were willing to take a pick-axe to its icy shell you will find that at its core, there is a warm, beating heart — even if that heart may be broken.”

The obvious visual metaphor is first presented, as the video represents the choices Thom Yorke has made in his life — never going back through the same door, ultimately searching for meaning, and ending up alone. More intriguingly, Kaneria argues that the entire video is directly about his recently ended 23-year relationship with Rachel Owen, and the video not only reflects symbols of motherhood, but the push and pull between his attention to his family and the band.

While much of Kaneria’s findings are fascinating, some of the seemingly random occurrences related to numerology he believes aren’t accidental has us thinking of a certain conspiracy in the mailroom. Nonetheless, it’s a heartbreaking analysis, and will have one looking at the song, as well as A Moon Shaped Pool in general, in an entirely new light. Broken hearts make it rain, indeed.

Check out the video below, and because you’ll want to watch it immediately after, we’ve also embedded the video: