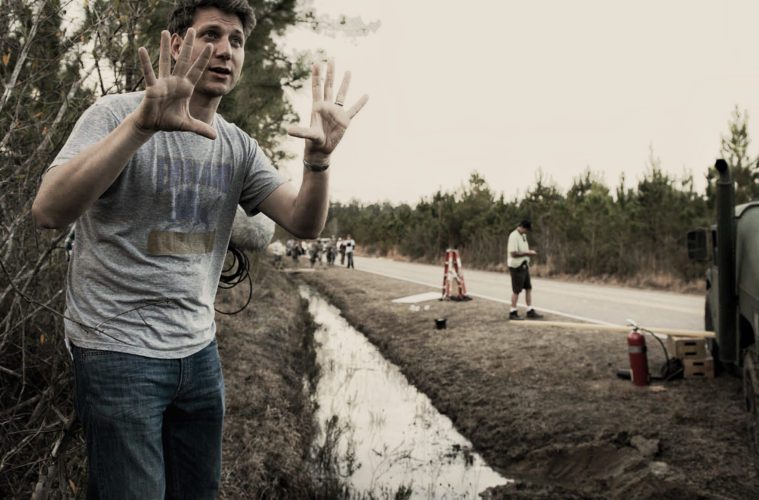 The Blocking of ‘Steve Jobs,’ Making of ‘Midnight Special,’ Historical Accuracy of ‘The Witch,’ and More

Film School Rejects‘ Jacob Oller on how The Witch uses its historical accuracy to craft scares:

For his debut film The Witch, writer/director Robert Eggers constructed a slice of the 1600s made tangible by his exhaustive research. Turning the drawn-out process of feature film funding into a neurotic blessing, Eggers worked for years with museums and historians to compile an exhaustive library of primary sources. Volumes on period-appropriate fashion, animal husbandry, and agricultural techniques guided the hands of the former production designer as he shaped this world. Interviewers, writers, and critics have fetishized the handstitched clothing and accurately built farm, but Richard Gillian’s On Writing Horror notes that “faithfulness to history does not, by itself, create compelling stories”. However, in this case, it definitely helps.

Watch a video essay on the blocking and acting in Steve Jobs:

Wired profiles Jeff Nichols and the making of Midnight Special:

Jeff Nichols sat in the dark, listening. It was 2015, just after New Year’s, and the writer-director was completing a mix inside a cavernous dubbing stage on the Warner Bros. lot in Burbank, California. Nichols and his team were in the process of weaving hundreds of tracks of dialog, music, and sound effects to create the aural backdrop for his fourth film, a sci-fi thriller called Midnight Special. An explosion was “too wonky,” the music “a little too hot.” Moviegoers can only truly register so many elements at once, Nichols said. “You don’t want to highlight the way it’s put together. You want it to be experiential. Moving.”

Watch an analysis of a scene in Citizen Kane:

Bright Lights‘ Jason Carpenter on the key to relationships in the films of Billy Wilder:

There’s something loose in the hearts of many of the damaged and misguided souls that populate the Austrian-German émigré filmmaker’s American oeuvre, too. Actually, it’s very often the heart – the metaphoric, moral center of human empathy – whose true yearnings go unheeded. Instead, other organs often drive the proceedings, leading characters to peel back layers of their own identities to reveal darker, more primal impulses and truths. Like the elevator operator’s rheumatic smokescreen, sex masks the true meaning of things, obscures logic, and conjures a lust that, like a runaway lava flow, destroys everything in a molten heat. Notably, though, Billy Wilder – first and foremost a writer, a director only so that his characters and words were accurately realized – left behind a cinematic career whose spirit spoke to the enduring value of friendship and acceptance.