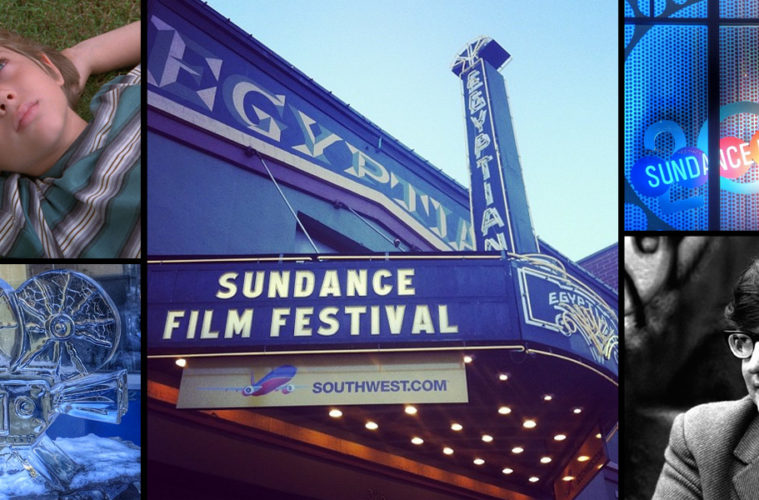 The Best of Sundance Film Festival 2014 With over 50 films viewed, a number of interviews and more coverage from the Sundance Film Festival, it’s time to wrap up the first major cinema event in 2014. We already got the official jury and audience winners (here) and now it’s time to highlight our favorites, as well as complete coverage from the festival. One will find our top ten favorites (in alphabetical order), followed by the rest of our reviews (from best to worst), then interviews, and more. Check out everything below and stay tuned to our site, and specifically Twitter, for acquisition and release date news on the below films in the coming months.

The style of Terrence Malick has long since been a comparison point in many critical examinations, as of late hitting something of a fever pitch. While I rarely find such claims to be of real merit, a new drama premiering at Sundance does more than proudly wear this style on its sleeve, instead using the auteur as a collaborator and key member of the creative process: The Better Angels, produced by Malick and directed by a To the Wonder editor, A.J. Edwards, makes for a sublime, transfixing, and informative look at the early life of Abraham Lincoln. – Jordan R. (full review)

Exactly one year after completing his accomplished Before trilogy at Sundance, writer-directorRichard Linklater returns with Boyhood, a film 12 years in the making and worth every minute of the wait. Shot one week at a time over the course of a decade or so, Linklater explores the formative years of a young man named Mason, played by Ellar Coltrane. Born into separated parents, played by Patricia Arquette and Ethan Hawke (doing some of the best work in their careers), Mason represents some part of a childhood all of us have known. This is a film of many small moments, all added together to make something quite wonderful. – Dan M. (full review)

When a film follows a despicable character acting out despicable things, it takes a careful balance in both the direction and the writing to give an audience any desire to explore his or her life. Thankfully, Listen Up Philip, the latest drama from The Color Wheel writer-director Alex Ross Perry, excels in both categories. We open on our title character, played by Jason Schwartzman, gloating about his new novel to an ex-girlfriend and, then, attacking a handicapped former friend on his life choices, all while Eric Bogosian‘s inimitable narration provides another perspective to our protagonist’s narcissistic worldview. – Jordan R. (full review)

Deep within the tumultuous, creative mind of musician Willis Earl Beal (played by the real-life musician of the same name) is where writer/director Tim Sutton‘s Memphis takes place. When we first meet Willis, he’s talking big and bad at the host of a local Memphis talk show. He describes his work as “sorcery,” a kind of trickery of the human soul. – Dan M. (full review)

Just when you thought the “Brooklyn in film” trope was tired and played-out on the festival circuit, here comes Obvious Child. Set primarily in Williamsburg, writer-director Gillian Robespierre‘s feature debut (adapted from her Sundance 2009 short of the same name) tells the story of Donna Stern (Jenny Slate), an aspiring stand-up comedian barely making ends meet. Donna is rude and crude and especially insightful, as is made abundantly clear at the film’s start, in which we watch our heroine perform on stage. – Dan M. (full review)

The One I Love (Charlie McDowell)

The driving force behind the very clever two-handed chamber piece The One I Love is communication. How we talk to those we love and those that love us. Mark Duplass and Elisabeth Moss play Ethan and Sophie, a married couple at a crossroads. When we meet them, they’re engaging in some silly-looking couples therapy with a very aloof Ted Danson. At the end of one of their sessions, the good doctor recommends that the couple take a retreat to a nearby cottage for the weekend and “reset the reset button.” – Dan M. (full review)

Relentlessly brutal and violent, The Raid 2 is an appropriately over-the-top sequel to the original action blockbuster. Directed by Gareth Evans, the film is a kinetic frenzy of punches, kicks, elbows, machetes, shivs, baseball bats and hammers blended together into a bloody pulp of cinematic entrails. Shooting with an entirely Indonesian cast, as well as a few Japanese actors to make up the Yakuza, this sequel aims to expand upon the chronicles of Officer Rama, played with ferocious prowess by martial arts expert Iko Uwais. But while the original’s strength lied in the simplicity of its premise, The Raid 2 cranks every element of the production to deafening levels of chaos. Featuring an unbelievable body count, insane fight choreography and action set-pieces that defy reality, Evans’ film builds to operatic levels of mayhem. – Raffi A. (full review)

Only Lovers Left Alive (B+)

A Most Wanted Man (B)

The Battered Bastards of Baseball (B)

The Internet’s Own Boy: The Story of Aaron Swartz (B)

Stranger by the Lake (B)

The Trip to Italy (B)

What We Do In the Shadows (B)

White Bird in a Blizzard (B)

Fishing Without Nets (B-)

The Skeleton Twins (B-)

Under the Electric Sky (B-) Before we wrap things up, check out the bumper video that played before every screening at the festival that celebrates its history and click the following image to see our complete coverage.

Which Sundance films are you most looking forward to seeing?