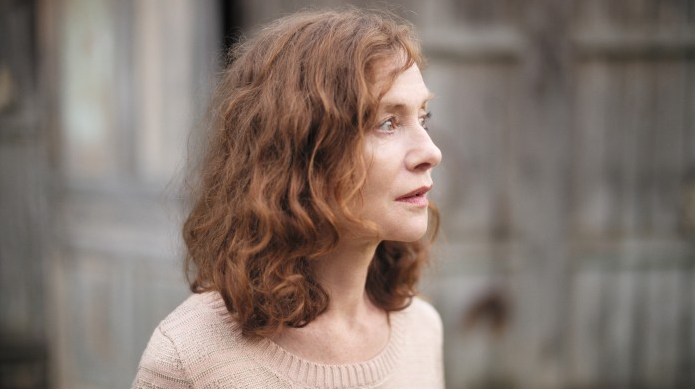 The Best Films at the 2016 Berlin International Film Festival With the 2016 Berlin International Film Festival wrapping up this week, we’ve highlighted our five favorite films from the slate. Make sure to stay tuned in the coming months as we learn about distribution news for the titles. Check out our favorites below, followed by our complete coverage, and one can see the winners here.

A Lullaby to the Sorrowful Mystery (Lav Diaz)

Starting with the Spanish conquest of the Philippines in the mid-16th century, the country was under the colonial rule of four different foreign powers for nearly 400 years. Independence gave way to two decades of vicious dictatorship and a democracy severely compromised by corruption and extensive external influence. As a nation that encompasses a staggering number of ethnicities and languages, the Philippines’ centuries-long experience of oppression has engendered an enduring identity crisis. It’s this crisis that has brought forth the films of Lav Diaz. They are dedicated to an excavation of his country’s turbulent past in search of its identity; the simultaneously chimeric and vital nature of this endeavor constitutes the emancipatory dialectic that drives his cinema. Having addressed Ferdinand Marcos’ dictatorship from a variety of angles in several earlier features, Diaz turns his attention to the Philippine Revolution of 1896-97 with A Lullaby to the Sorrowful Mystery, an extraordinarily rich, initially exasperating, yet eventually marvelous postmodern epic. – Giovanni M.C. (full review)

“You are alone you your revolution, Ms. Dickinson,” spouts a stoic headmistress in the opening sequence of A Quiet Passion, a biopic of 19th-century American poet Emily Dickinson and the latest work from proud Liverpudlian auteur Terence Davies. In the scene, young Emily has apparently rejected both a life in the seminary and the option to be a practicing catholic, a decision the famously atheistic director clearly vibes with. That sense of empathy and understanding with his subject is rife throughout this quietly cleansing and exquisitely considered film, which shows the writer from her late teens (portrayed by Emma Bell) through to adulthood (Cynthia Nixon) and old age. – Rory O. (full review)

The twists and turns of fate and the ways in which individuals react to them constitute the central preoccupations of Mia Hansen-Løve’s cinema. Her exceptional second feature, Father of My Children, observed a film producer’s escalating desperation in the face of snowballing debt, and then considered the impact of his unexpected suicide on the family he left behind. Her disappointing follow-ups, Goodbye First Love and Eden, charted the progressive dissolution of its protagonists’ idealism over a period of several years – a teenage couple’s fanciful notions of love and a DJ’s chimeric aspirations of success, respectively. Considering the largely universal relatability of the former and the fact that the latter represented a fictionalization of her own brother’s / co-writer’s path as a DJ, the tremendous accomplishment of Things to Come, which centers on the emotional tribulations of a woman in late middle-age, suggests that the 35-year-old writer-director is a lot more adept at crafting stories that depart from her direct experiences. – Giovanni M.C. (full review)

The impressively prolific documentarian Alex Gibney – who, since 2010, has released an average of three films per year – tackles a wide variety of salient and controversial topics, including Scientology, WikiLeaks, the Enron scandal, and sexual abuses in the Catholic Church. With its focus on the U.S. government’s covert advances into the field of cyberwarfare, Zero Days resembles Gibney’s Oscar-winning Taxi to the Dark Side, an equally searing indictment of the U.S. military’s government-sanctioned use of torture during the Iraq War. Although his scope is much more ambitious this time around, the writer-director handles this expansive, technically complex, and ethically abstract subject matter with remarkable cogency, crafting a documentary that’s as enlightening as it is disquieting. – Giovanni M.C. (full review)