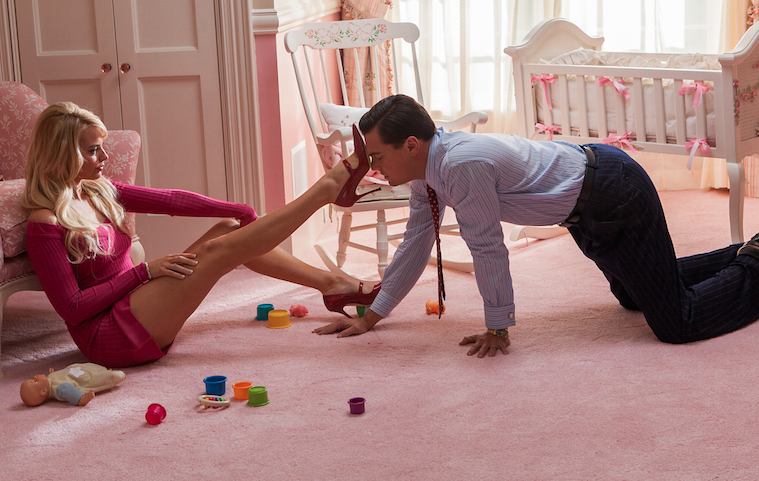 The Best Breakthrough Performances of 2013

After highlighting the best directorial debuts of the year, it’s time to turn to the other side of the camera with the top breakthrough performances of the year. While almost all of the performers have acted in previous films, both on the studio and independent sides, their respective projects this year got our attention. Whether it was a commanding lead performance or an unforgettable supporting turn, we’ve rounded up 10 (well, 11) actors to watch for in coming years, thanks to their breakout performances in 2013. Check out our rundown below and comment with your favorites.

Released this past spring, 42 was a fairly conventional take on the early life of Jackie Robinson, complete with his triumphs and struggles, and while it seems to mostly have been forgotten as the year winds down, it’s central performance is one to take note. Featuring Chadwick Boseman, who already got minor sports drama experience in The Express, breaks out here with a convincing turn as one of baseball’s legends. It seems like he’ll continue the biopic streak, as he recently took the role of a legend in another field, as James Brown in next summer’s Get On Up. – Jordan R.

On screen for nearly all of Blue is the Warmest Color‘s three-plus hour runtime, few performances — breakthrough or not — this year are as transfixing as that of Adèle Exarchopoulos. Tracking her character’s journey from high school years to young adulthood, much attention has been paid to the more explicit scenes in this Palme d’Or winner, but it’s in the small gestures, glances, and interactions that make this one of the emotionally honest performances of the year. – Jordan R.

This, admittedly, is a choice that feels a bit overdue — one that could’ve been made as early as 2011, even, when Oscar Isaac submitted fine work to both Sucker Punch (no, really!) and Drive (no, remember?). The man’s been working his way up slowly in the time since — a quick, entirely throwaway appearance in The Bourne Legacy even included — but regardless of where he’s been, Inside Llewyn Davis is the moment in which it all seems to click; and for both the exposure afforded by Joel & Ethan Coen and the tricky, prickly (if never entirely prick-ish) nature of his character, it’s a perfect role with which to truly break through. With leading roles in small, potentially left-of-center films by William Monahan and J.C. Chandor on the way, we may soon look back on this as the moment where something truly great really began. – Nick N.

His Chronicle co-star Dane DeHaan was among our favorite breakthrough performers of last year and now 2013 is Michael B. Jordan‘s year. Since Fruitvale Station premiered at Sundance Film Festival earlier this year, the actor has received deserved praise for his authentic performance as Oscar Grant III, a man who was gunned down by police on New Year’s Day 2009. While my feelings on the film, particularly Coogler’s direction, are mixed, Jordan’s commanding lead turn is reason enough to seek it out. With roles rumored in the upcoming Fantastic Four reboot and John Hillcoat‘s Triple Nine, this film signals the beginnings of a long career. – Jordan R.

For some time, Brie Larson was on the verge of an explosion, and in 2013, it finally came to pass thanks to a subtle, sweet, unforgettable performance in Destin Daniel Cretton’s Short Term 12. The film about the staff and residents of a facility for at-risk teenagers seemingly came out of nowhere, earning raves at SXSW and a best actress trophy for Larson at the Locarno Film Fest. The award was no surprise to those who saw the film — or to audiences who had noticed her in Greenberg, Scott Pilgrim vs. the World, and 21 Jump Street. Those were fine, but 2013 was her year. In addition to Short Term 12, Larson almost stole the show as Sutter’s ex-girlfriend Cassidy in The Spectacular Now. These two stellar performances may not have made Larson a household name, but give it time. – Christopher S. When a film is firmly rooted in the perspective of a single protagonist, it’s usually hard for a secondary character to pull focus. Not so with 12 Years a Slave, in which Lupita Nyong’o, in her first feature, consistently commands the audiences’ sympathies and attention. Through her nuanced yet unbound performance, Nyong’o proves and distinguished herself against a host of big Hollywood names. If there’s any justice in the world, soon enough she will be one herself. – Brian R.

Nick Robinson and Moises Arias (The Kings Of Summer) If The Kings of Summer were released just a few years ago, all three of its lead actors would earn a spot here, but with Gabriel Basso taking part in J.J. Abrams‘ Super 8, our attention is turned to Nick Robinson and Moses Arias. With one a sympathetic lead and the other serving as comedic relief, they both embody the seemingly eternal feeling of freedom a teenager can possess. As Robinson takes a major part in Jurassic World and Arias has already been featured in films such as Ender’s Game, expect to see this duo pop up often in the coming years. – Jordan R.

Jack Reynor (What Richard Did)

While it’s easily the most under-seen feature on this list, one of the year’s best breakthrough performances was found in the Irish drama What Richard Did. As we said in our TIFF review, “Abrahamson lets his actors own the screen as Reynor’s internal battle spills out in a fit of rage we’re unsure he can ever truly escape. His performance takes over the film as the easy-going kid from the start grows up way too fast as a result of tragedy we pray never befalls anyone let alone one with such a bright future.” Like a certain actor mentioned directly above, Reynor is using his break-out to jump into the Hollywood tentpole scene, with a lead role in Michael Bay‘s next Transformers. – Jordan R.

Margot Robbie (The Wolf of Wall Street, About Time) Her physical beauty is both immense and, indeed, an immediate quality of the character she plays, but Margot Robbie’s turn in The Wolf of Wall Street is a far more tricky thing than that of trophy wife. Character psychology is intentionally obfuscated through much of her onscreen appearances, only to reveal itself, in stops and starts, as something sad, human, true, her last turn a determined flee from the domestic paradise built upon the exploitation of others. Outside smaller points of commendation — e.g. her Australian accent being completely covered by a thick “guinea gulch” accent — it’s a performance that can join the complicated ranks of Scorsese women: the (often) more-noble half of a relationship doomed from its inception. – Nick N.

Amy Seimetz had a very big year in 2013, but her finest accomplishment was lead performance in Shane Carruth’s stunning, soulful sci-fi thriller Upstream Color. Actors can often be flummoxed by difficult or ambiguous premises—Color involves mind-altering parasites and psychic connections with pigs—but Seimetz finds the humanity in Kris, a girl who’s life has been devastated physically and emotionally in the wake of literal identity theft. Forget all the sci-fi accoutrements, and what you have is the year’s finest depiction of a woman courageously moving forward after everything she knows and believes is ripped away from her. There’s a spiritual identity to Carruth’s film and its protagonist’s search that Seimetz really embraces and dramatically enhances. By the end, you will believe in a girl’s poignant search to find her pig. – Nathan B.