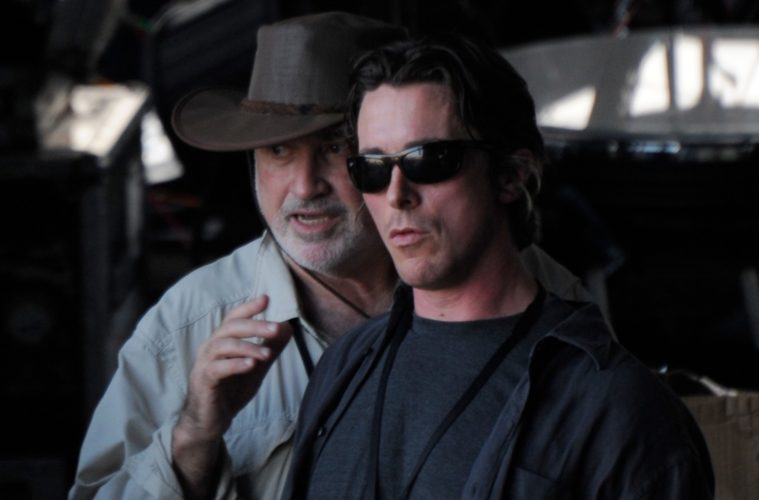 Update: There is now video and more details and photos of Terrence Malick‘s shoot. Check it out by clicking here.

When it comes to Terrence Malick films, they are usually clouded in secrecy until theatrical release. We saw it with The Tree of Life this summer and he has his romantic drama with Ben Affleck, Rachel McAdams and Javier Bardem supposedly arriving next year, with spare details known. We then got word he would be working on a new film with Christian Bale and Haley Bennet, looking to shoot in early 2012.

There have barely been any pictures taken of the recluse director, but a new one just arrived tonight that could possibly give us details on this new project. Malick was spotted in his hometown, as the Austin City Limits music festival kicked off on Friday. Multiple reports on Twitter (referenced below) claim the director was seen with camera crews filming Christian Bale, as he took the stage during separate concert performances by Pretty Lights, Bright Eyes and Coldplay.

Since we likely won’t get any answers from Malick or crew, let the speculation. Bale is currently deep into production on The Dark Knight Rises and knowing the way Malick works, he could be shooting this new film in bits and pieces on the days Bale isn’t donning his bat cape. This could also easily be a test shoot until the actual production begins, as reported in early next year. We also heard that Bale won’t decide his next project until after his last Batman film with Christopher Nolan, but it looks like he has with this evidence.

As for any sort of basic plot hints, we could speculate this film could have to do with Bale’s character being a musician. There was talk of him directing a biopic on the rock ‘n’ roll and country star Jerry Lee Lewis awhile back, which this could certainly be. It was from his own version of Great Balls of Fire and a “much darker” take.

Last we heard, Natalie Portman was attached and has clearly left by now, but nothing else has surfaced. Could Bennet be her replacement? We’ll hopefully find out soon what exactly this project is. For now, check out photos and tweets below while we wait on information. If this wasn’t just a one-day shoot, we also may be getting more info as the festival runs until late Sunday night.

Update: It looks like they have continued filming over the weekend. I’ve added more pictures below, including one confirming the casting of Haley Bennet. Holy smokes Batman! Christian Bale just walked past us with a camera crew following him! We’re gonna be in the Dark Knight!

Oh my god Christian Bale is on stage with Pretty Lights #ACL. He smiled at me, my life is complete!

Spotted at #acl. Christian Bale shooting a movie during the Bright Eyes set Terrence Malick is filming on our stage.

Was Terrence Malick the guy wandering around with Christian Bale / camera crew today? That would make sense. Sort of.

I was at acl today, &during the bright eyes set Christian bale was there shooting a scene with t.mallick. What do you make of this shoot with Malick and Bale?