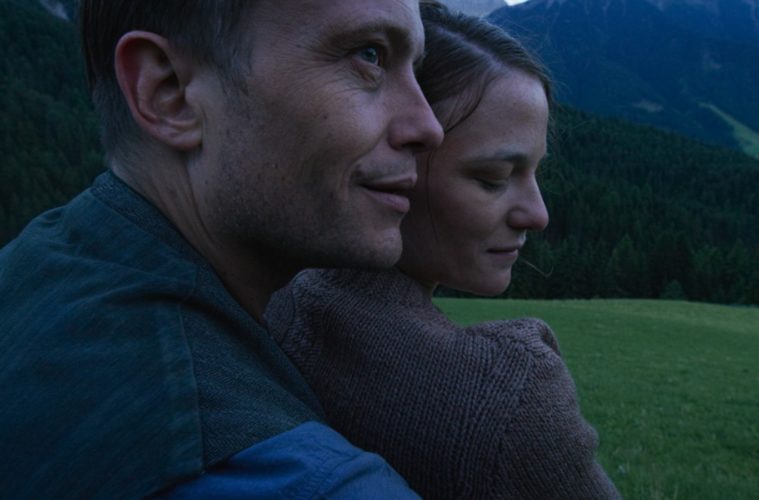 Outside of a few interviews around the time of Badlands, Terrence Malick has stayed out of the press spotlight, only re-appearing recently for a talk before the shooting of A Hidden Life and then for the SXSW premiere of Song to Song, as well as appearing at the Cannes premiere of his new work. He’s now, fittingly, ventured to the most holy of places–the Vatican, specifically to their Filmoteca–for a screening of his latest film. While there, he shared a few words about his WWII feature (in which he said, “My Franz is a martyr of freedom”) and his next film, the Biblical drama The Last Planet.

“Franz [Jägerstätter, played by August Diehl] is a martyr, because he chose to be faithful to his conscience,” Malick said of A Hidden Life, as reported by La Repubblica via One Big Soul. “As his father-in-law says in the film, it’s better to be a victim of injustice than to perpetuate an injustice. It is a film I wanted to tell for a long time. I came to know [the story] thanks to a friend of mine who wrote his story. Even in Austria nobody knew it. It came out only in the seventies, many years after his death. What the Nazis were saying in the film was about to happen: you will die, your family will suffer but no one will notice.”

He added that Franz’s wife Fani, played by Valerie Pachner, “is as martyr as he was. It was wonderful to read the letters written while he was in prison. We have included some in the film, but certainly not all. I invite you to read them. She supported him to the end, despite the pain.”

The director also provided an update on The Last Planet, a film that will convey passages in the life of Christ through representing evangelical parables, starring Mark Rylance as Satan, Matthias Schoenaerts as Saint Peter, and Son of Saul star Géza Röhrig as Jesus, well as Joseph Fiennes, Douglas Booth, Alfonso Postiglione, and, Lorenzo Gioiell.

“We have just finished shooting, I am very happy,” he said. “A few days ago we finished shooting in the desert of Jordan. [It’s] a multicultural film with a cast that brings together Middle Eastern actors, a German troupe, and even Italian artists in the costumes department and set design (costume designer Carlo Poggioli and production designer Stefano Maria Ortolani). Now I go back to Texas to edit the film. It will take at least a year because we have a lot of material, and since we go digital, we end up with many more images. My favorite moment of the work is the editing. There is no longer the set pressure, the uncertainty of the weather on the shoot. I am very happy to be here at the end of this long journey. I would like to be able to stay longer in Rome. We have an early plane that takes us to Austin.”

With that, we imagine it’ll be the last words we’ll hear from Malick for some time, but one can see A Hidden Life when it opens December 13 and wide in early January, and check back soon for our interviews with August Diehl and Valerie Pachner.