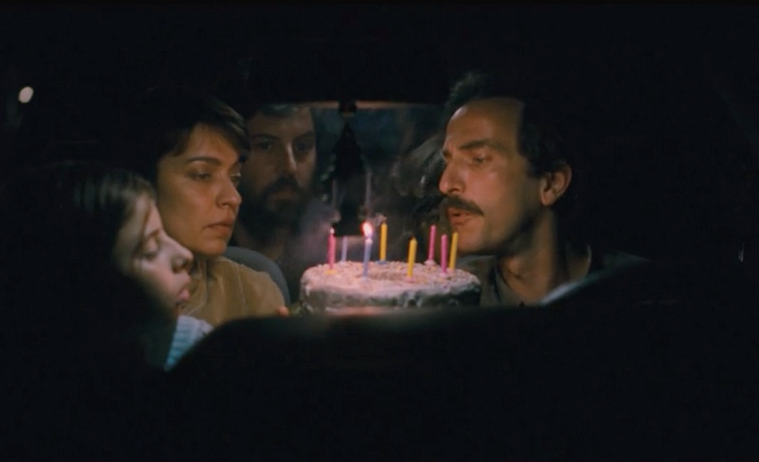 Although I was disappointed that Yorgos Lanthimos‘ Alps didn’t live up to his excellent Dogtooth at TIFF last year, I’m still looking forward to anything that comes from the creators of those films. Today we have our first look at the new film from the co-writer of the two mentioned above. Co-written by Efthimis Filippou, the comedy L will play in-competition at Sundance later this month. The first teaser from Flix (via Twitch) shows off the world’s oddest birthday celebration before a quick look at our lead on a motorcycle. It still has that deadpan humor we’ve come to expect, but looks like somewhat lighter fare than what Lanthimos creates. Check it out below along with the poster.

A man lives in his car. He’s 40 and separated from his wife and kids, who live in a different car. They meet in parking lots. A professional driver, the man delivers honey to a narcoleptic man and often dreams of his friend, who was killed when a hunter mistook him for a bear. Frequently late delivering honey, the man is fired, and his driving skills are questioned. Thrust into existential uncertainty, he abandons “car life” and joins a rogue motorbike gang.