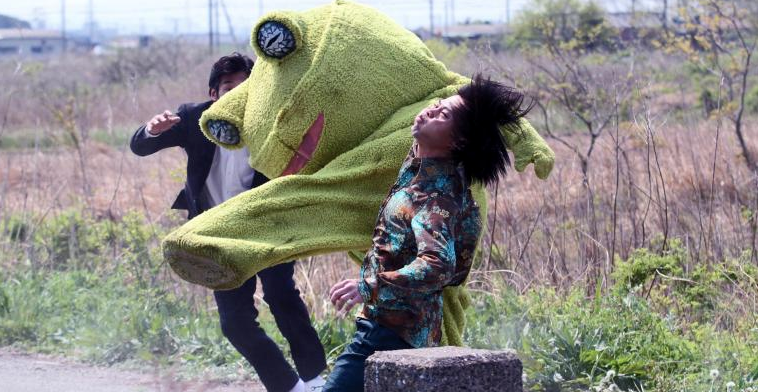 With dozens upon dozens of feature films under his belt, it might seem difficult to catch up on the films of Takashi Miike, but virtually all of his work is a strong entry point. His latest, the bonkers-looking Yakuza Apocalypse, is arriving surprisingly soon after its Cannes debut, and today brings a new U.S. red band trailer.

We said in our review from TIFF, “Despite many of them being wonderful, Takashi Miike’s films have a tendency of overstaying their welcome (his favourite runtime: 129 minutes), and Yakuza Apocalypse isn’t necessarily an exception to this. Its subtle victory (though maybe its central weakness as well) is its denial of quick, easy fanboy pleasures. While on paper seeming like the Takashi Miike-est Takashi Miike film ever, it might be a surprising bummer for the Midnight Madness crowd expecting a kinetic horror-action film. Every shot lasts far longer than expected and with little to no music, creating a stream of silence followed by a burst of action rhythmic pattern. Assured action filmmaking, yes, but inevitably feeling few and far between.”

Kamiura (Lily Franky) is not your typical yakuza boss: he’s a kindly man who dotes on the locals in his ‘hood and extends life-saving loans to small businesses in order to keep the big corporations out. But when a Django-esque gunslinger in seventeenth-century Spanish garb comes to town, Kamiura is exposed for what he truly is: a vampire! Soon, Kamiura’s young protegé Kagayama (Hayato Ichihara) is invested with his mentor’s powers, and takes to the streets with a new gang made up of regular citizens who have sprouted fangs and are ready to fight for their turf.