SXSW Review: Udo Kier is Radiant in Swan Song, a Moving Ode to a Sandusky Legend 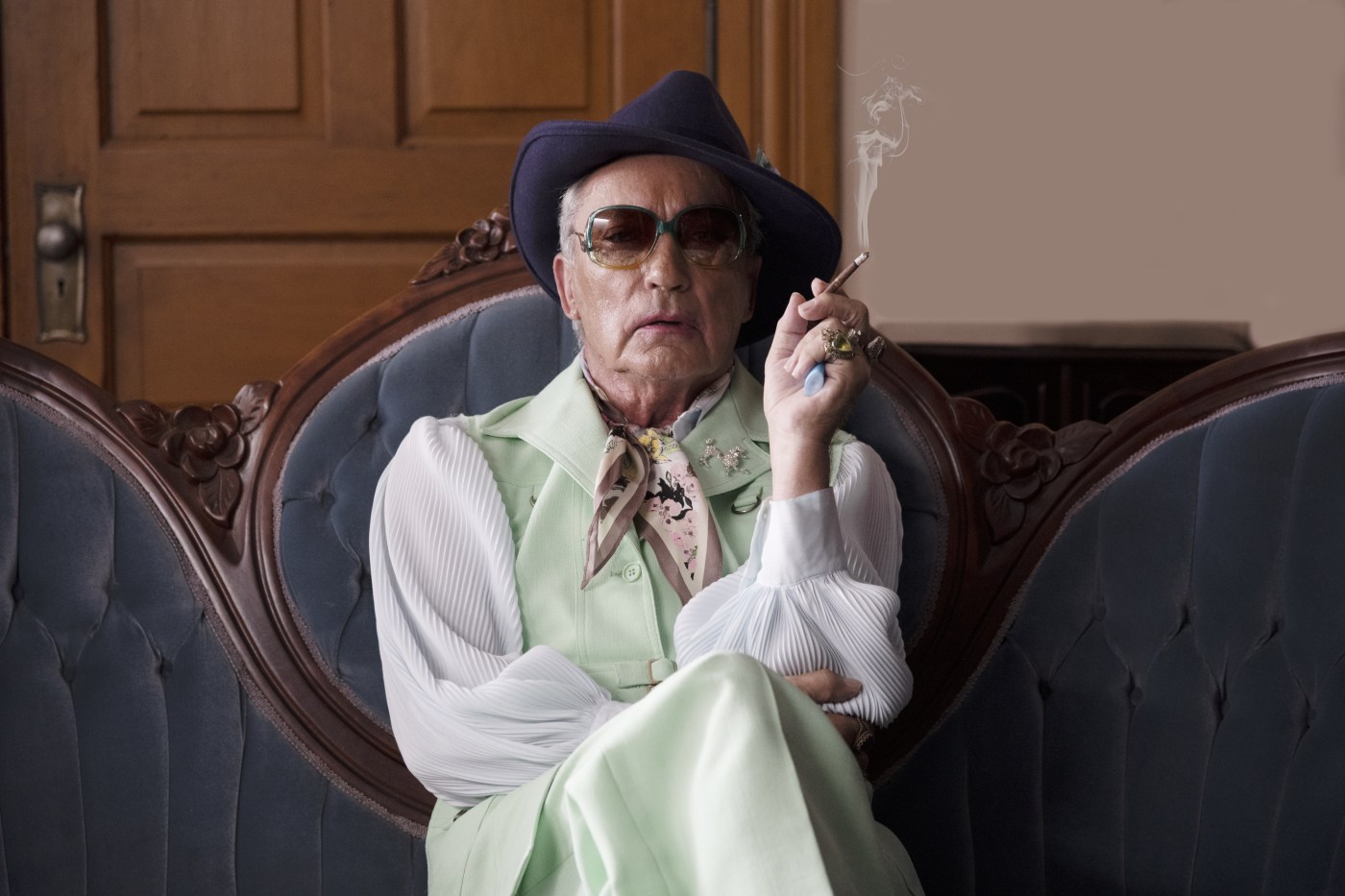 Completing his planned trilogy about gay life in Sandusky, Ohio––a town known by most outsiders as the setting for Chris Farley’s Tommy Boy and the home of amusement park Cedar Point––Todd Stephens’ moving Swan Song imagines an extraordinary day where the town’s self-declared Liberace returns in grand fashion. Inspired by “an actual legend,” Udo Kier is radiant as Pat Pitsenbarger, who spends much of the film’s first act wasting away in a drag nursing home, occasionally giving beauty tips to his fellow residents. He’s brought out of his funk to fulfill the last wish of long-time client Rita Parker Sloan (Linda Evans), a Lake Erie debutant who betrayed him years prior by visiting with his former protege Dee Dee Dale (Jennifer Coolidge). At first, he refuses an offer of $25,000 to make-up Rita at a funeral home before agreeing to abruptly escape the nursing home to head into town on foot.

After a deliberately paced first act, Swan Song comes into its own as Pat makes his way into town in grand style. In several stops along the way, he’s found the world his changed: his local beauty supply shop now caters to Black clientele, the gay bar he and partner David help built is having its closing night, and Dee Dee now operates the hottest salon in town. He spends the day wandering Sandusky penniless, stealing the supplies needed to get ready to make-up Rita and confront his past demons, including alcoholism, his lover’s passing due to AIDS, and new ways of being gay he doesn’t quite understand while watching two dads play catch with their son on the banks of the lake.

Inspired by the real Pat Pitsenbarger, Swan Song is a fitting tribute to both the man and Stephens’ upbringing, which was chronicled in his screenwriting feature debut, 1998’s Edge of Seventeen. As he becomes aware of while searching for an old friend in public restrooms, Pat’s era has given way to an age of more acceptance and diversity within the LGBTQ community. The local gay bar, once a hot spot, seems like a relic of the past where such spaces have become less critical for socializing. Even if Pat doesn’t feel as if he’s changed, he still has his old magic when helping a drag queen get ready for a performance. After all, he built the place and has been largely forgotten by its loyal clientele.

The film is built on a wonderfully nuanced performance by Kier, who behind his sadness and longing can still lob a sassy witticism at rival Dee Dee Dale, and when they finally confront each other over discontinued hair spray, it’s pure joy to watch. Carefully paced and deeply reflective, Swan Song embraces its camp sensibilities while also yearning for both a simpler and yet complex time when Pat was King (or Queen) of town.