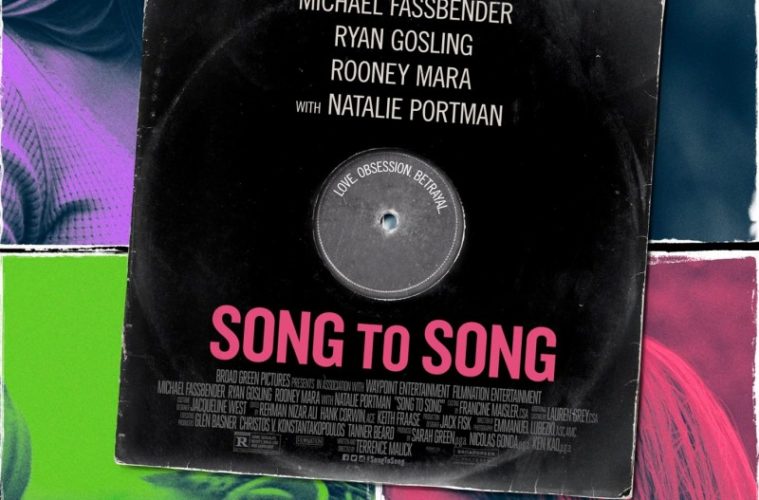 SXSW Review: ‘Song to Song’ is One of Terrence Malick’s Most Emotionally Dense Films

Let’s start this with an inquiry, one that hopefully engenders some consideration and an honest response: what are you seeking when watching a Terrence Malick film released in 2017? I take the unusual tack of beginning like so because it sometimes feels as if questions are the most that his recent work can ultimately encourage, and in particular because the latest, Song to Song — his fifth feature completed this decade, or the sixth if one counts the IMAX version of Voyage of Time, and preceding a sixth (or seventh) narrative film that’s rumored to premiere this fall — seems, no matter its very immediate and obvious pleasures, unlikely to change the current dialogue in any significant way. There are stronger-than-usual whiffs of narrative and a star-studded / -crossed-lovers cast to be found, yes — note how its poster puts those faces front and center while making no note of the auteur in question — but we are once again deep in Malick country, and they may only exacerbate the fact that the director has made one of his most emotionally dense films, and perhaps the most outright restless.

There goes a saying that true faith may only exist in concordance with thrums of doubt, doubly so in the case of Malick’s post-Tree of Life endeavors — searching and fulfilling and wondrous and, sometimes at the exact same moment, curiously airy and monotonous, with scenes that can enrapture but don’t have much in the way of coherent shape. These all describe Song to Song at various points, much as it, like those other films, found me exiting a dark theater into the heart of Manhattan and observing the world as I otherwise never do.

For faithful parties, the awe induced by Malick and co.’s lens on the contemporary world — most notably via cinematographer Emmanuel Lubezki‘s fifth turn with the director — has become an expected thing; assuming you’re also susceptible, it’s also at work right from the start. Song to Song also establishes semblances of narrative faster than might be expected when, minutes in, musicians BV and Faye (Ryan Gosling and Rooney Mara, respectively) quickly meet at the party of a music producer, Cook (Michael Fassbender), for whom one can almost imagine a Knight of Cups-esque, decadent self-discovery being the subject of another film entirely. Moving between sleek modern houses and dusty, open-field music festivals, he wields a supposed power — of which we see very little or no evidence, excepting the fact that he seems able to afford things and maintain a certain image; whether that’s intentional or a curious result of the typically elliptical editing style is up to you — that mingles with perceptible attraction to Faye, from which point this many-headed thing begins to blossom.

The continually evolving, shifting dynamics of Song to Song‘s romantic tangle(s) is / are part and parcel of Malick et al’s continued production of films that look, move, and sound like no other — except the writer-director’s previous, of course, though it’s even more slippery in its boundaries between cold, hard reality and character perception. For all the supposed trickery of Lubezki’s camera-eye, Malick’s recent films remain perhaps the most visually warm and inviting I can think of in contemporary American cinema, powered as they are by natural lighting. Every home, hotel room, festival grounds, balcony, and parking lot — about the only settings this film actually has in mind — is found at so a beautiful moment in time that the turbulent emotions taking place within can almost start to play as a secondary matter — until the broken souls begin revealing themselves with almost every other gesture.

More than any recent Malick, Song to Song is incapable of staying in one place for longer than a few minutes, moving to new figures and burrowing itself deep enough into their psychology via both spoken and suggested backgrounds before jetting elsewhere. Semi-late into the film (keeping track is a bit difficult here), there comes a point where Natalie Portman‘s Rhonda (herself a secondary player) strikes up conversation with an unidentified woman who we can presume has just engaged in an orgy with her and Fassbender’s Cook. And, in an amazing turn, all stops dead to let this woman speak. How does this film led by marquee-level names and peppered with musical superstars come to settle on an unknown face for at least a full felt minute as she relays her tragic journey into the field of prostitution? Other than the fact that she’s (ostensibly) playing a character, who’s to say this is even an actress being put front and center?

I fail to name any American film artist who is even thinking of these things while operating at such a level of control and fame, and I focus on that one point not so much because it plays as a key to the film entire, but more because it is difficult to weigh Song to Song on anything but micro and macro scales. Thus a push-pull of the experience is that nearly every one of its strengths is so unique a jolt — the uncut pleasure of something never quite witnessed — that deficiencies seem to diminish in their light, only for certain points of contention to raise doubt about how and why this is being enjoyed in the first place, and if Malick’s strengths are ephemeral, purely sensory, of a moment rather than consequential.

But his notes are more given to retrospective appreciation, no matter how exciting his in-the-moment choices may be. More and more do I think the key to these later works is assuming he’s offering a perspective on a rather narrow set of things — here: music, desire, love, the material world — by drawing on a sound-image canvas larger than one almost ever knows what to do with. One might wish to pen a small study on a passing moment in which Gosling and Mara, one bud in each ear, somehow drown out a noisy environment through song; yet all the fascinations and complications this tiny moment raises, and as much as it deserves recognition as a uniquely tender moment in the director’s canon, do not negate the fact that it can be whittled down to matters of… music, desire, love, and the material world.

On a macro scale, however, the depth of Song to Song‘s brevity is often astonishing. Any number of sequences find feelings both externalized and hidden intermingling within the same shot, continuing in a subsequent image that carries the impression, the feeling, without replicating the exact tenor of what has just been seen. They exist simultaneously as certain backstories and what motivations they may inspire delicately unfold. Throughout, I still can’t say with the utmost certainty what’s meant to be at the forefront and what finds itself coming to the surface by virtue of how this film is constructed.

The mind nevertheless goes back to Pauline Kael’s (admittedly clever) dismissal of Days of Heaven: “the film is an empty Christmas tree: you can hang all your dumb metaphors on it.” If that framing is possibly applicable — if not in my opinion, then at least as a possible rejoinder — to Song to Song, it is from witnessing a creative process so vast. Have I missed the point, and this is entirely another of Malick’s religion-soaked tales, the mortals here tempted and tried by Fassbender’s snake-like character? How to place its bizarre blurring of fictional and real-life figures — there’s the prostitute, and Iggy Pop and Patti Smith clearly playing some version of themselves (so the music would have us believe); or, in the case of Lykke Li, a figure whose musical background is complicated by more direct narrative involvement; and Val Kilmer‘s chainsaw-wielding wild-man rocker makes deduction all the more difficult — as a comment on the mutable nature of fame when it zips by as fast as anything else? Why is the main musical motif, of all things, songs called “Rollin’ and Tumblin’,” four of which I counted in the end credits, and itself a phrase that Mara’s voiceover at one point locates as a source of ennui and emotional decay?

This could run on for some time, so let’s go back: what are you seeking in Malick circa 2017? Song to Song continually refuses to settle into one place, be pinned down by a single idea, or, more critically, a way of approaching the idea. Perhaps this distills why no contemporary film artist has come to more fully embody the alternately beautiful and frustrating fact that, no, those who disagree really have not seen the same film. Those who continue finding the rewards will pity, even find frustration with those who don’t; those who don’t might think we’re still deluding ourselves. Always we roll and tumble, always we will.

Song to Song premiered at SXSW and opens on March 17.