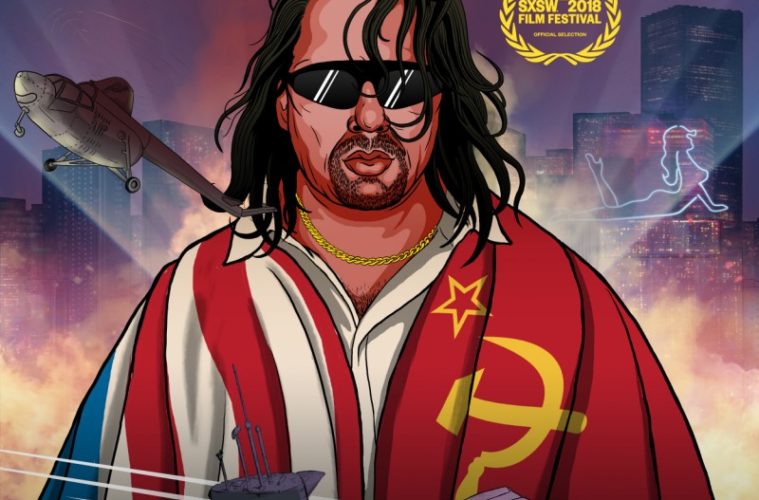 It was a stranger than fiction bromance that brought together Russian gangster Ludwig “Tarzan” Fainberg, black market luxury car importer Juan Almeida, and international drug trafficker Nelson “Tony” Yester, and it’s our good fortune they each trust director Tiller Russell and his crew as much as they do. Under the watchful eye of an interagency task force (dubbed Operation Odessa, sharing the film’s title), these men teamed up when DEA feared the cartels and Russian mob would unite. The entertaining documentary recounts the balls it took for them to sell a Soviet submarine to Medelin cartel for $35 million.

Directed by Russell, his subjects are cut from the same cloth as those in his previous film The Seven Five, which told the story of some of the NYPD’s dirtiest cops. They are wheelers and dealers, and each made men: “Tarzan” is a small-time mobster from Brooklyn who used to start fires; Almeida, the local guy that could get you whatever you wanted for a price; and Yester, an Cuban who arrived in Key West as a result of the Mariel Boatlift. Within a year of arriving Yester would do his first million-dollar drug deal.

Tarzan was a flamboyant creature who got his start running Porky’s, a strip club that became a popular hang out for Russian mobsters in Miami. The place was the epicenter for his adventures and a great source of business for Almeida. It was only a matter of time before Yester would make the trip up to see Almeida at about a new exotic Ferrari, forging an international bromance. Their exploits started with imported Russian motorcycles (brought in on military helicopters rented for $500 each) and scaled up to the submarine. Russia, where salaries at the time were around $30 a month, proved to be open for business.

Interviewing both the cops and robbers, Russell chooses to tell the story not as a public health crisis (as Bill Cohen’s Cocaine Cowboys did) but rather a straightforward story of larger than life personalities, businessmen as ruthless as any Fortune 500 company yet frequently having the times of their lives from 1990-1997. Along the way they get mixed up with the wrong crowd as Tarzan’s legitimate businesses start to fail, right around the time the DEA uses one of its special agents to get close to Fainberg. He appears on camera after a significant hair and make-up transformation to provide details.

Less frantic and immediate than Cocaine Cowboys, Operation Odessa doesn’t quite pump up the action or tension as certain details are known going in, courtesy of “Tarzan.” It’s a shame these guys can never have a reunion without creating an international incident. While Yester remains on the run (periodically sending the DEA postcards), Feinberg and Almeida continue to be in and out of legal trouble. The fact these guys are willing to talk on the record is of tremendous interest; if only the storytelling was a bit tighter.

Operation Odessa premiered at SXSW and airs on Showtime on March 31.