SXSW Review: A Woman on the Outside is a Powerful Doc About Disrupting the System 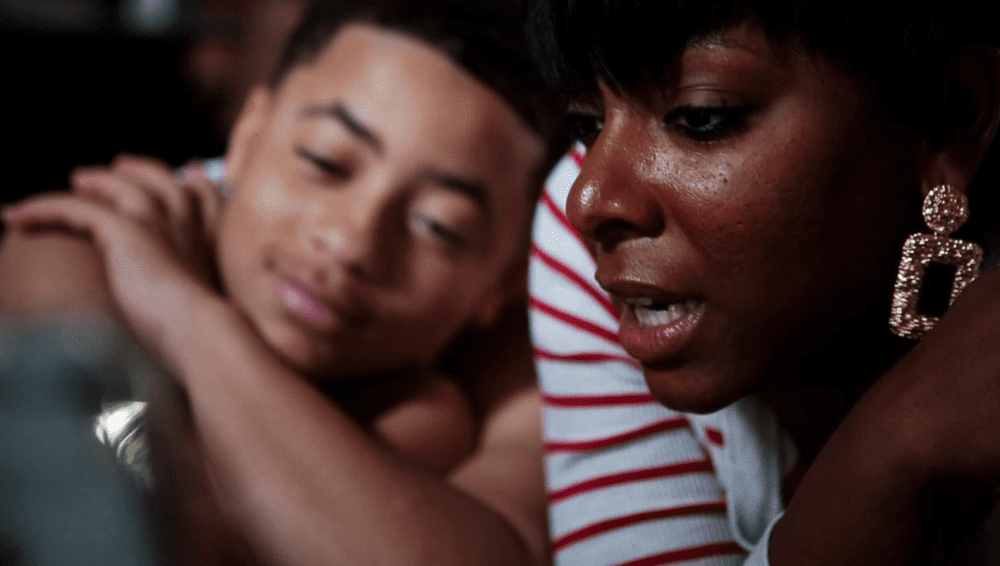 When a family member is sentenced to prison it’s often their family that “does the time”—having one less mother, father, brother, sister to raise a child. This isn’t to say a sentence isn’t ever deserved, even if the justice system is far more punitive and destructive than need be, placing incarcerated individuals from the city in far-flung rural places and bringing them back into the system for minor parole violations that could be dealt with a warning rather than six more months. This is where young entrepreneur Krystal Bush, daughter and sister of two justice-impacted individuals, comes in: staring a van service, Bridging the Gap, to drive families to see their loved ones hundreds of miles from her home in Philadelphia.

The service becomes a family affair with mother “Big Krystal” driving a second van while also preparing for son Jarvae’s release from the city prison after 11 years. Crystal has been raising Jarvae’s son Nyvae in hopes of adopting him to protect him from the foster system (Nyvae’s mother is also incarcerated). Father Victor is also newly released from prison for a short period, Crystal helps get him back on his feet by buying him a collection of socks and other merchandise to sell on the street. His parole officer objects to a set with marijuana leaves and he’s sent back to prison for six months.

Directed by Lisa Riordan Seville and Zara Katz, A Woman on the Outside chronicles the hell the system puts families through via the cycle of incarceration and how Krystal aims to provide support through her business and advocacy initiatives. While it doesn’t quite force a conversation about the wholesale structure of state prison systems, it does bring about an interesting point: how can a family without means maintain bonds when prisons are hundreds of miles away and the only other option for contact are companies like JPay, who turn tremendous profits from other communications methods like video chats and digital postcards? The system seems built on setting up justice-impacted individuals for failure.

Yet A Woman on the Outside is an inspiring, optimistic character study of Bush from ages 28-30 as she grows her business and takes care of her family the best she can, winning leadership awards along the way. The circumstances include a tragic twist involving a little-seen older brother, her father’s parole violations, and Jarvae’s arrest for a shooting that ultimately involves charges being dropped while he’s sitting in jail fighting his case.

Bush occasionally laments that some of her youth has been taken from her—she doesn’t have a child of her own and is focused on her success as well as the success of her community. Her business proves so strong that she starts having some growing pains and takes out a billboard advertising that she is hiring. Only a few Instagram posts when she’s away from Philly allow her to be a normal twenty-something.

Adopting an education-over-incarceration ethos is easier said than done, and Crystal proves an inspiring fighter. The film itself takes its time to tell an intimate story of one woman fighting back in her own way against the systems in place to disrupt predominantly black inner-city families. It is, interestingly, somewhat removed from the politics of Philadelphia’s now-legendary, polarizing district attorney Larry Krasner, who has taken the approach that only the most violent crime should be prosecuted with the goal of creating more equality in sentencing. The experiment is still ongoing and struggles on the ground continue. Crystal and, by extension, this documentary call attention to one aspect of the system and the need for more opportunities so the cycle may be broken.

A Woman on the Outside premiered at SXSW 2022.