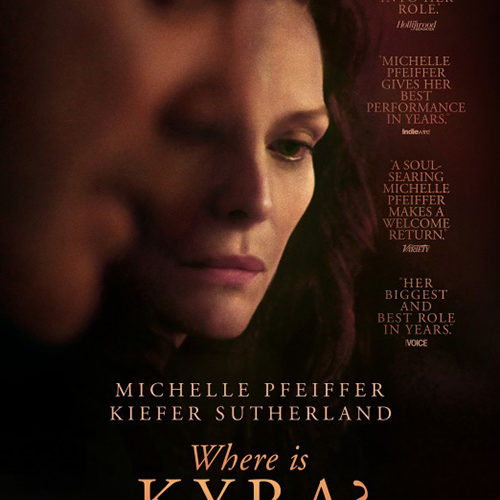 Sundance Review: ‘Where Is Kyra?’ Seeps Into the Dark Side of the Metropolis

So much of so many film festivals — Sundance especially — feel enormously focused on metropolitan life, New York City in particular. In Where Is Kyra?, director Andrew Dosunmu finds fertile ground in this well-worn location. Starring an against-type and utterly fascinating Michelle Pfeiffer as the titular Kyra, the film narrows in on the tragedy of getting old in America.

Written by Darci Picoult and lensed by the great (and recently Oscar-nominated) Bradford Young, this film lives in the shadows, both visually and conversationally. Kyra is an unemployed, middle-aged woman looking after her elderly mother (Suzanne Shepherd). After her mother’s death, she finds herself alone in a big, noisy city with no money and a sufficient lack of job prospects. When her credit card is declined trying to buy a drink at a local bar, a handsome neighbor named Doug (Kiefer Sutherland) enters the picture.

In handling her mother’s affairs, Kyra makes crucial mistake that opens a door to some easy, illegal money. As she tenderly walks this path, we see the inevitable end in sight. Luckily, Dosunmu is less concerned about the destination than he is about the journey. Young wraps every single scene of the picture with frames that are fractured, dour and complicated. In no other film from this year’s festival has the camera said more. Consider an opening shot in which Kyra prepares to bathe her mother, waiting patiently in the tub. The camera observes from afar, until a door is opened and a reflection is revealed that transform the same shot into something wholly new and interesting without ever adjusting the frame.

It feels like we haven’t seen Pfeiffer in years, and that’s mostly true. Most recently, she’s added The Family, People Like Us, Dark Shadows to her resume, all of which came out a near half-decade ago. This is a more fully-realized performance than anything she’s done in some time. Physical in every conceivable way (without giving too much away), it’s the kind of turn that will hopefully draw attention back to this talented performer. Sutherland is also commendable as Kyra’s potential knight in shining armor, a good man with a past he’s continually trying to make amends for.

Of course, this is not a world with knights. It’s barely a world with people who pay attention to one another. Dosunmu and company attempt to reflect this isolation with a music score that includes a fascinatingly aggravating industrial grind sound that plays over Kyra roaming the city. It is loud and brutal and unforgettable. In other moments, Kyra stands below an above-ground subway as it passes by, the train blaring violently.

This is the kind of city where people are forgotten and nobody gives it a second thought. As Kyra continues to melt away, despite all Doug does to help, we feel sympathy and understanding, but also feel there’s nothing to be done. This is the world we’re living in. A tough, cynical lesson to be sure, but one clearly delivered.

Where Is Kyra? premiered at the Sundance Film Festival and opens on April 6.