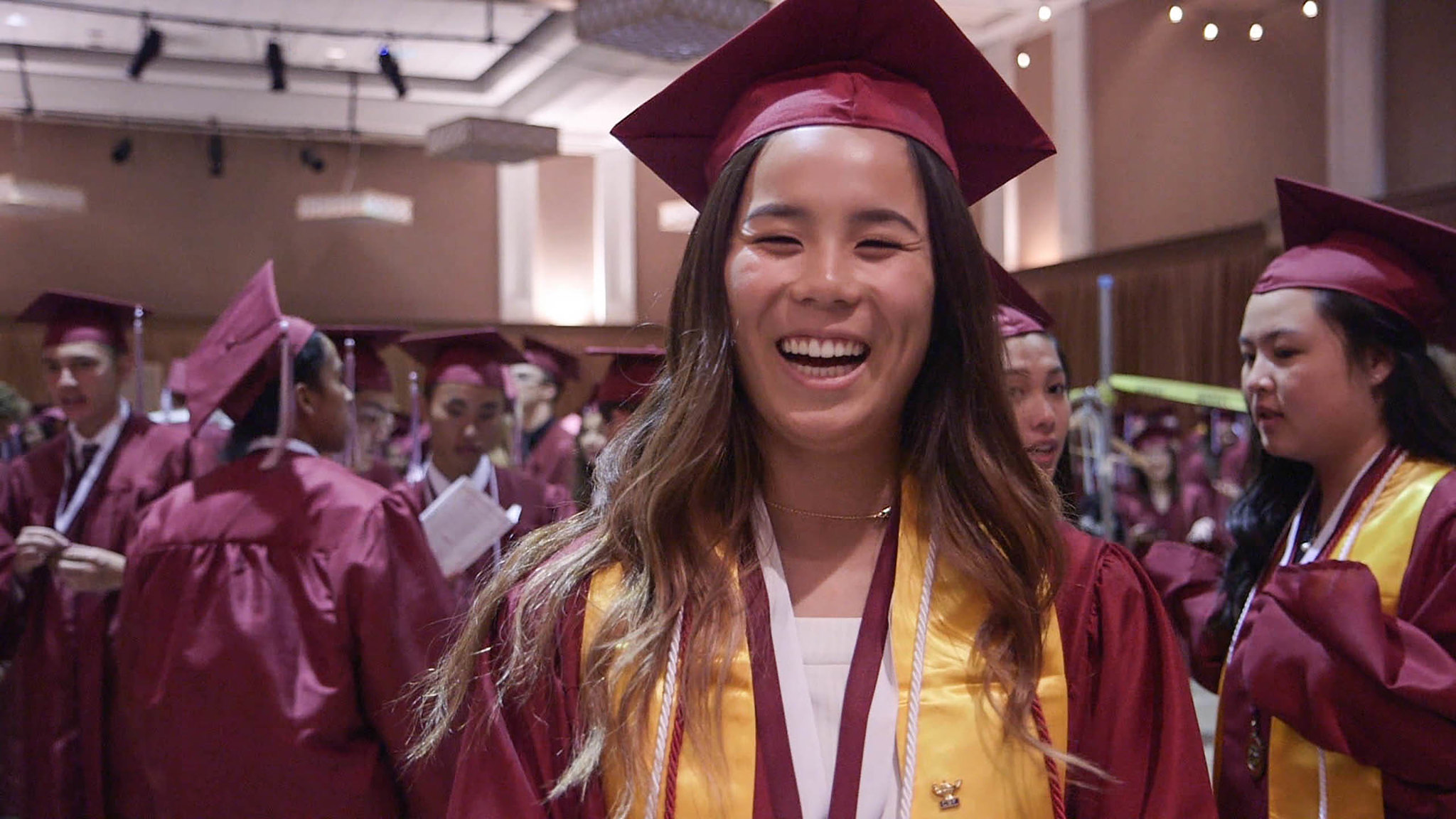 Lowell High School sits in the southwest corner of San Francisco, below Golden Gate Park and near Lake Merced. In a city filled with money, technology, entrepreneurs, and Patagonia vests, the #1 ranked public high school––with a predominantly Asian student population––exists under mountains of pressure. When these students become seniors, they apply to Ivy League schools, and high-achieving universities like Stanford, Cal, UCLA, and private institutions with low acceptance rates. Debbie Lim’s Try Harder! focuses on this pressure through the lens of a select few of Lowell High’s seniors.

The documentary opts for a traditional style of interviews, with talking heads and lower thirds taking up time and space. Lim speaks with several students, a few parents, and a couple teachers, allowing Ian, a less-intense senior, to become the pseudo narrator. He takes us through the expectations of a Lowell student, and the fact that this school forces you to take stock of your own intelligence. It’s a place in which teenagers immediately recognize that they aren’t the smartest person in the room, a harsh reality that you are not, and likely will not, be the best at any single activity, subject, sport, or role.

Lim gives the majority of time to high-performing students that have big aspirations, yet smaller amounts of confidence. Alvan, a charismatic, constantly-dancing student, becomes one of the most interesting of these students, as he hopes to attend an Ivy League university and leave his immediate surroundings and overbearing parents. He talks of the profile of the “smart, Asian teen” that negatively impacts a Lowell student’s chances at universities like Stanford, which becomes one of the de facto institutions in this coveted race for acceptance.

The commonality between these students is an AP Physics class, one of the hardest offered at Lowell, taught by a clearly beloved teacher at the school. Outside of college rejections, the students seem so focused on the path to college that emotions are not at the forefront. A moment of realization hits Alvan, though, as this teacher announces to the class that he has cancer, and Alvan starts crying. It’s a juxtaposition with the rest of the film, in which personal matters are shoved aside to chat about test scores, grades, and application processes. And for these students, that can take up all of their time, as many of them apply to 10, 15, or 20 schools in hopes of hitting the jackpot.

Lim’s film doesn’t hit the viewer with any wave of emotions, but it does, especially for younger audiences, remind you of the randomness, powerlessness, and brutal process of college admissions. It touches on racial issues with a specific look at Rachael, the other senior and one of the few Black students at Lowell, who gets extended airtime in the film. When she succeeds, it comes at the cost of her peers’ assumptions and mean-spirited comments.

Try Harder! works well as a look into the pressures of modern American high schoolers, focused on those that have more resources than others. Instead of exploring social and economic consequences and nuances, Lim opts for a straight-laced look at how students deal with rejection and with the breaking of their (and their parents’) dreams. Because of this, the film’s third act works as a culmination of everything that came before, creating an automatic closure of one door and opening of another.

Peppered with joy and desperation, Try Harder! finds realness in an absurd, machine-like process, and for that, Lim deserves praise. You want these students to succeed, even if you understand that most of them won’t reach the high heights they’re hoping to reach. The filmmaking takes a back seat and the subjects attempt to shine through the academic, personal weights of making themselves, their families, and their school proud. Regardless of what school they end up attending, or not attending, it’s hard not to admire these students and their hopefulness for the future.