Sundance Review: Together Together is a Gentle, Insular Surrogacy Dramedy 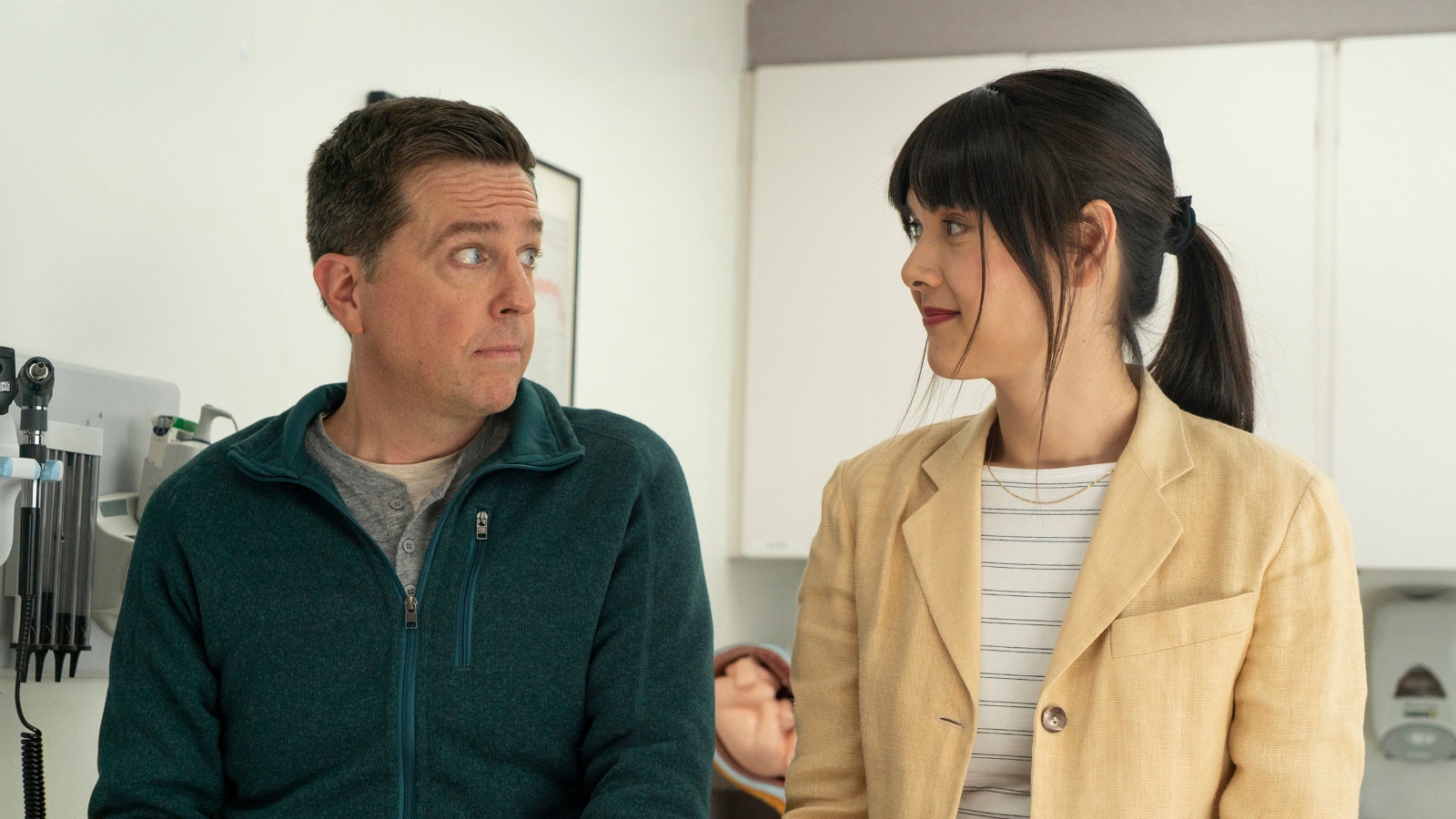 Sometimes, a movie feels like it’s on the verge of something. Maybe it’s an explosion or an argument or a big decision, but it just doesn’t quite get there. Together Together qualifies for this category as it throws two loners into an unorthodox friendship that revolves around a pregnancy. The ingredients look enticing enough, but director Nicole Beckwith isn’t cooking with real spice. Her insular drama operates at a consistent slow burn—it has just enough steam to keep you interested without ever bubbling over into interesting.

Of course, that distinction can depend on how much you can appreciate—or tolerate—this movie’s gentle niceness. The story involves Matt (Ed Helms), a 40-something app developer living by himself in Los Angeles but eager to start a family. Luckily, he finds Anna (Patti Harrison), a 26-year-old single barista that agrees to be his surrogate. Their introduction—a back-and-forth series of personal questions and timid answers—begins the movie and prefaces the awkwardness of this transactional arrangement. Over the next nine months (the movie has a three-trimester structure), they share doctor appointments and joint-therapy sessions, testing the limits of their platonic relationship as Anna’s belly grows and Matt prepares for fatherhood.

At this point, you kind of know what to expect from Helms as a performer. Midway through Together Together, Matt explains to Anna that he’s “somewhere between settling down and clinging desperately to the corpse of his youth,” which is a good way to describe most of the men Helms has portrayed in comedies ever since rampaging around Las Vegas in The Hangover. His characters—best epitomized during his turn as Rusty Griswold in Vacation—are uptight, naive and a little too optimistic to be taken seriously. Beckwith, who also wrote this movie’s script, clamps down some of his broader tendencies—he finds some deeper, vulnerable energy here—but keeps him fed with a familiar diet of light cringe. When Helms starts rambling and oversharing during a dinner date, you can tell he’s right in his comfort zone.

It takes a while to get on that wavelength. Throughout the movie’s 90-minute runtime, Anna takes on the burdens of Matt’s inquisitive and cloying presence—not to mention her changing body—and Harrison sensitively portrays a woman slowly willing to let her guard down. Outside of their required therapy sessions (moderated by Tig Notaro) and birthing classes (conducted by Anna Konkle), they learn to share their past traumas and reasons for being alone. They bond over paint swatches and binge-watch Friends and ponder the strange medical advances that allow for their parallel situations to occur. Anna even meets Matt’s divorced parents (Nora Dunn and Fred Melamed both chew up their scenes), who greet her bump before they acknowledge her.

The pair’s connection has the trimmings of romance, but Beckwith resists the predictable arc of this relationship. As Anna’s coworker notes, there’s an approaching expiration date—Anna will have to eventually deliver Matt’s baby. It’s an arc that feels, in some ways, indebted to Mike White or Diablo Cody. Much like their individual aesthetics and interests, Together Together is all neutral tones and soft lighting and affluent people negotiating modern dilemmas beneath spare piano scores. Their external lives—Matt has made a living off his app called Loner (unlike Tinder, you swipe right to just look at people longer) and Anna runs a coffee shop—are just vague enough that you don’t have to ask any questions. The stakes are singular, delicate, and contained.

Part of what separates a filmmaker like White and his depictions of upper-middle class anxiety is his perspective. Whether it’s an isolated corporate drone or a stressed father, you feel his characters’ weight and inner life, recognize the relativity of their problems, and empathize accordingly. Despite the opening and closing shots of this movie, Beckwith seems undecided about her own perspective. It’s tricky to invest in two characters at once. She’s given them thoughtful, sensitive, honest moments, but doesn’t push deeper than necessary. For such an odd circumstance, it all feels too even-keeled.

Together Together premiered at the Sundance Film Festival.