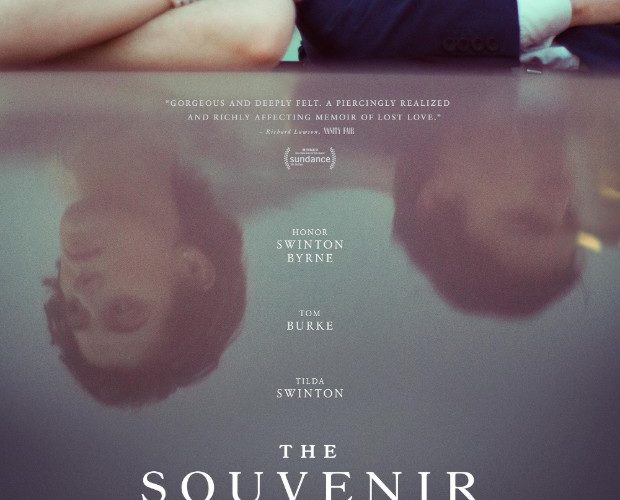 The Souvenir melds two well-trodden subgenres and through Joanna Hogg’s refreshingly unique vision makes each feel entirely original. Her much-anticipated return after 2013’s Exhibition tells both a painful addiction story and a behind-the-scenes look at film school struggles as we follow Julie (a beautiful debut performance by Honor Swinton Byrne). The daughter of Tilda Swinton (who also briefly turns up), Swinton Byrne is in every scene, and steals them all. Akin to the revelatory introduction to Tom Hiddleston in Hogg’s first two films, Unrelated and Archipelago, she is the lifeblood of The Souvenir, which follows doomed lovers in a story that is conveyed with feels mined from achingly personal memories.

Through her abstract, painterly compositions and improvisational approach, the British director has a keen desire to remove all artifice from her films, stripping away clichés to get to the emotional essence of each scene. Her latest film finds her in 1980s England as Julie navigates the demands of film school–with discussions of Powell and Pressburger, Hitchcock’s shower scene, and if one’s own experiences should dictate what they direct–as she begins a relationship with Anthony (Tom Burke). Julie feels an enigmatic pull to this man, while he charms as much as he insults, constantly inquisitive about her lack of confidence as a filmmaker and demeaning her in cutting ways.  “You’re a freak. You’ll always be last,” he tells her.

Playing an avant-garde filmmaker a hilarious scene, Richard Ayoade reveals what has been hinted: Anthony is a heroin addict. “I find doing heroin to be mainstream behavior,” he jokes to an unsuspecting Julie. She repeatedly goes to her mother (a gray-haired Tilda Swinton) for “supplies” for school, but along with paying her bills, she’s funding Anthony’s drug habit. As Anthony’s condition worsens, these scenes of despair are depicted in heartbreaking ways as the 24-year-old Julie’s naivety and innocence are twisted and manipulated for his plundering ways. It’s extraordinary how Hogg is able to show these cycles of destructive dependence while eschewing the banal light they are so often portrayed in.

Hogg’s earlier films are striking in their picturesque abstractness as we sit in on conversations from a distance, but the ambition and warmth on display in The Souvenir makes this her greatest achievement. With the director developing ideas for this tale as early as 1988, based on her own filmmaking experiences, her formal rigor is matched with overwhelming intimately as if her camera is sneaking into scenes constructed of personal experiences. 16mm-styled footage is spliced in during an emotionally poignant scene as if Hogg wants to us to feel closer to the characters. From an evocative sex scene in Venice to a walk in the London countryside, the camera always finds itself in invigoratingly original positions, recalling Lucrecia Martel’s recent Zama in the sense that each new stunning shot will have one’s mind re-adjusting to what the framing might suggest for the characters.

While the upper-class milieu on display here gives the film an attractiveness in the sense of production design, it’s also something that devours Julie; her lonely figure captured amongst various extravagant furnishing. It’s a life where she can’t find peace, distracted by her heart’s helplessly foolish desires. When she pitches her filmmaking projects, she can’t quite form the words about why she wants to tell a story from a different perspective than her own. The Souvenir so perfectly imparts the exploratory anxiousness a fledgling artist embodies as they learn the basics of their craft.

With the knowledge that Hogg will soon embark on the second part of The Souvenir this summer (backed by A24 again, with Robert Pattinson joining the cast), the finale is less of a cliffhanger and more of an exquisite nod to a future that includes a great many possibilities. “The second is going to be a little more flamboyant in a way,” Hogg told audiences at her world premiere. “I’m looking forward to telling the story of a young filmmaker finding her voice.” With the part one being a ravishing, painful look at getting one’s footing in life, we can’t recall the last time a sequel held such tantalizing promise.

The Souvenir premiered at the Sundance Film Festival.