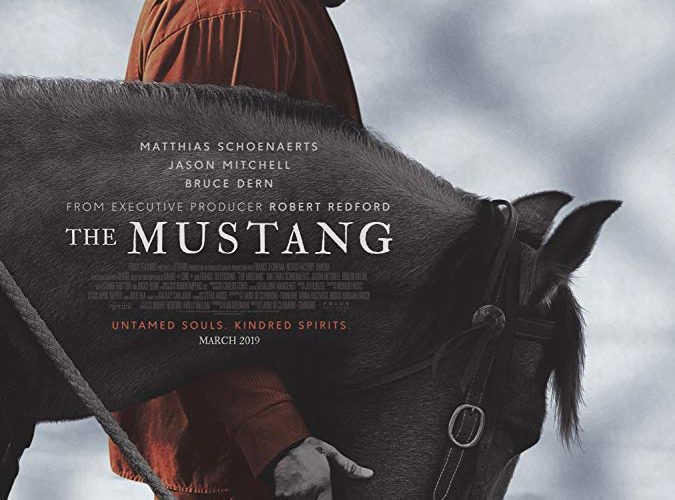 Sundance Review: ‘The Mustang’ Offers a Unique Take on the Prison Drama

Can we talk about Matthias Schoenaerts? The Belgian actor made a splash on the festival circuit with Bullhead in 2011, leading to roles–both lead and supporting–in everything from Rust & Bone to Red Sparrow. Since his breakout though, he’s never matched the same attention despite a decade’s worth of good work. With Laure de Clermont-Tonnerre’s The Mustang, let’s hope that changes. The prison drama is a well-worn sub-genre, ripe with predictive beats and expected narrative turns. Those behind this picture are determined to subvert those expectations, and the attempt–though not fully realized–is much appreciated.

Here Schoenaerts plays Roman Coleman, an inmate of a Nevada prison who is placed in a state-mandated rehabilitation program to train wild horses. The mustang he’s paired is particularly unruly, a trait applicable to Roman himself. When his estranged daughter (an impressive Gideon Adlon) visits, all he wants is to get her to leave–at first, at least. A fellow inmate (Jason Mitchell, putting in good work per usual) tries to make nice, but Roman can barely crack a smile. It’s not that he’s unwilling to change–it’s that he doesn’t believe it matters that he does.

This is a solitary performance where every look, every close-up, every reaction seems to have some sort of effect. Laure de Clermont-Tonnerre, who also wrote the script with Mona Fastvold and Brock Norman Brock, appears to have an incredibly high level of trust in her lead actor. As an actress herself, there’s a clear understanding of what Schoenaerts is bringing to the role. He doesn’t have many lines of dialogue, and doesn’t need more than a few. As Roman’s relationship with the mustang grows, we see the change in his face. For a feature directorial debut, there’s a remarkable assuredness behind the camera.

Bruce Dern, who plays the grouchy trainer, offers some crucial, animated takes in contrast to Schoenaerts’ spartan while Mitchell finds moments of comedy in fits and spells. Any subplot within the prison never really rises to the surface, which is less of a critique than an observation. This is Roman’s story and it’s a welcome focus. It’s also the horse’s story, and what a performance. Directing animals is no easy task, and all involved deserve credit for what’s achieved. It’s been eighteen months of some impressive equestrian films, from The Rider to Lean On Pete to this. There’s a reason these type of bonds work so well on screen. There’s an understanding, a softness that’s hard not to elicit emotion from the viewer.

That Laure de Clermont-Tonnerre and her cinematographer Ruben Impens linger on these scenes only adds to their effectiveness. The Mustang a pleasant highlight this early in the year.

The Mustang premiered at the Sundance Film Festival and opens on March 15.