Sundance Review: The Most Beautiful Boy in the World is a Moving Portrait of a Tragic, Unique Life Lived 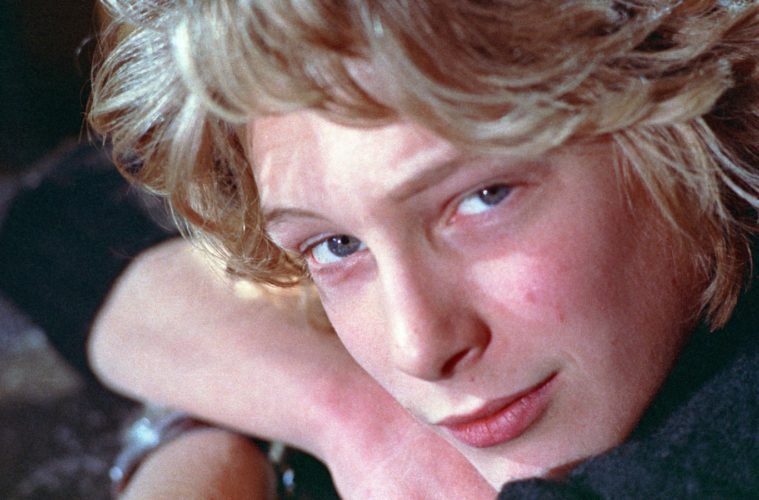 In 1971, Björn Andrésen was the most beautiful boy in the world. In 2019, he’s the elder of a neopagan commune in rural Sweden, whose inability to commit suicide in the fictional ritual of ättestupa forces the other cult onlookers to brutally bash his head in with a rock. In the time between Luchino Visconti’s Death in Venice and Ari Aster’s Midsommar, Andrésen lived a life that might have seemed enviable on the surface, but which he baldly describes in this documentary as a “living nightmare.” It was the fateful casting audition in 1970 Stockholm where Visconti met Andrésen and found his beautiful boy that set the wheels in motion for the rest of his life, marred by personal tragedy, substance abuse, and exploitation. At the film’s conclusion, the woman who oversaw Andrésen’s casting alongside Visconti regretfully reflects on the day that shifted the course of his life forever, unable to separate the years that followed from the first moment this minor was forced out of his innocence.

After searching across Europe for the perfect boy to cast in his film, Visconti found the 15-year-old Andrésen in Stockholm, Sweden. The Italian director was adapting Thomas Mann’s 1912 novella Der Tod in Venedig, looking to cast the role of Tadzio––a young boy who becomes the muse of an obsessive composer suffering from ennui, enraptured by the boy’s unfettered beauty and perfection. The pedophilic aspects imbued in the story (in no small part contributed by true revelations about Mann) permeated into real life for young Andrésen, whose experiences being objectified and dehumanized for the sake of his prepubescent beauty began at the casting call, where he was forced to undress down to his underwear for Visconti.

Björn Andrésen is now in his sixties. He’s tall and unsettlingly gaunt, with long grey hair that covers his head and face. His girlfriend, Jessica, looks to be half his age, and his appearance evokes that of an aging rock star––although he’s anything but. And while his chiseled, younger features are not all lost underneath his sunken cheeks and smoky mane, what hasn’t changed about him since he was chosen to play Tadzio nearly half a decade ago is his shyness, his discomfort with being seen by people who don’t really want to see him.

Andrésen never wanted to the spotlight––he wanted to be a musician, and he is––but his grandmother had a strange insistence on turning her grandson into a star. After the traumatizing disappearance and death of his mother at a young age, and never knowing who his father was, Andrésen went to live with his grandmother who set up his audition with Visconti. After Death in Venice’s premiere in London and Cannes, everything took off for Andrésen, whose visage took hold of the world like that of one of an early pop idol. He’s described by some both past and present to be at the apex of his beauty back then, conjuring a unique kind of obsession for all who gazed upon him––in Japan in particular. There, he recorded a hit song and appeared in commercials, and even had manga cartoons inspired by his likeness for years to come.

But it’s a phenomenon of pedophilic fixation that female celebrities have always fell victim to; Britney Spears having been infamously clad in outfits meant to arouse sexual desire in spectators at the same age that Andrésen was cast as Tadzio. Still, there’s something distinctly disturbing in Andrésen’s case, as his guise of innocence was meant to be maintained as the very object of his objectification. His perceived untarnished purity was what was seen as desirable. Visconti disquietingly referring to Andrésen as “old” during a press conference for Death in Venice, referencing Andrésen no longer being fifteen.

These pedophilic aspects of Andrésen’s early life are mostly brushed over, however. Andrésen never mentions having ever been touched inappropriately, though there’s a reference to his time as a teen in a gay night club where he doesn’t remember how he got home. Still, Andrésen’s girlfriend can’t help but get emotional over the abuse and exploitation her innocent partner once faced, revealing to her that while in Japan he was fed drugs by the people meant to look after him. In the context of the film there are loose threads and unanswered questions, not unlike the context of Andrésen himself. The film is, thus, less a straightforward story than a visual collage of a complicated life lived, and how forces beyond Andrésen’s control set him up for the rest of his life––even before Visconti’s screen test.

No one was looking out for a child, and Andrésen couldn’t truly look out for himself, leading to substance abuse and a failure to look after his own children later on. But he’s trying to move past his mistakes, though sometimes it proves challenging as they persist. After leaving the gas burner on in his empty apartment by mistake, he narrowly escapes eviction from his irate landlord (all caught on film). He reconciles with Jessica after a fight where she accuses him of being neglectful towards her, and shares a warm, open moment with his daughter, Robine, who acknowledges her father’s failings though appears to mostly forgive him. Andrésen seems happiest when he’s alone now, playing his music, dwelling on his thoughts; feeling his own placement on the earth. The Most Beautiful Boy in the World is a tender look at how beauty is fleeting and life is precious––no matter how much has been taken.

The Most Beautiful Boy in the World premiered at Sundance Film Festival.