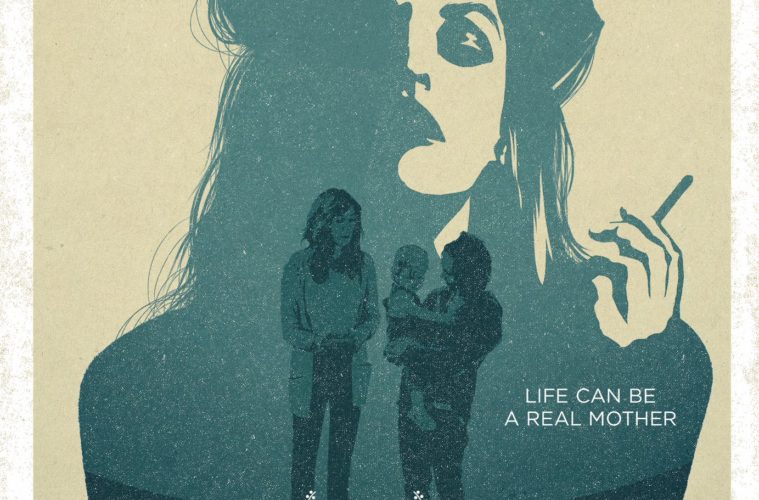 From the start, Tallulah, written and directed by Sian Heder (Orange is the New Black), boldly attempts to juggle its tone between comedy and tragedy. When we meet our titular lead (Ellen Page), she’s living in a van with her boyfriend Nico (Evan Jonigkeit), digging through empty potato chip bags for food and using stolen credit cards to pay for gas. When Nico runs off in the middle of the night with all of their cash, Tallulah – Lu for short – heads to New York City to confront him and his mother Margot (Allison Janney), half out of anger, half out of desperation.

Following a contentious introduction to Margot, sans Nico, Lu invades a midtown hotel in search of leftover room service and potential cash. A case of mistaken identity ensues, in which drunk socialite Carolyn (Tammy Blanchard) assumes Tallulah is housekeeping, paying her to watch her young baby while she runs out to cheat of her husband.

She’s a wholly unlikeable character, and for good reason. In order for what follows to work, you’ll need to truly hate Carolyn. Returning home drunk, unloved and with no interest to taking care of her child, Lu makes a split decision to walk out with the baby in her arms. Once she’s convinced Margot the stolen child is her and Nico’s, the film’s central relationship develops.

It is here, in the film’s second act, that tonal lines divide harshly. We get to know these two women, and the bond that develops is imperfect and compelling. Page and Janney display a considerable amount of chemistry, not to mention a decent amount of laughs mostly derived from the battle between Lu’s blunt honesty and Margot’s tense, socially-aware pretensions.

The light tone works well enough on its own, but suffers against the contrasting police investigation, a constant reminder that our lead’s new-found motherhood (also fodder for much comedy) has come at an awful price. Though this dichotomy is of clear intention by all involved, these sections never gel to become two sides of the same coin.

Janney, as always, does top-notch work, most notably in a scene where she confronts her ex-husband (John Benjamin Hickey), a gay man whose struggle to come out masked the fact that he cheated on his wife of many years. It’s a fascinating, if brief, left turn in a film only sometimes focused on the concept of family and the family dynamic. Blanchard and Janney share a wonderful scene towards to end of the film, which feels a few exchanges away from being a slam dunk.

When forced to come to a conclusion, the film’s plotting falters thanks to overly convenient timing and a complete transformation into thriller mode. There’s honesty here and a swath of well-written, well-developed female characters, but not enough to justify laughing with a kidnapper.

Tallulah premiered at the 2016 Sundance Film Festival and hits Netflix on July 29.