Sundance Review: Softie Vividly Captures the Cost of Insurgency in a Kleptocracy 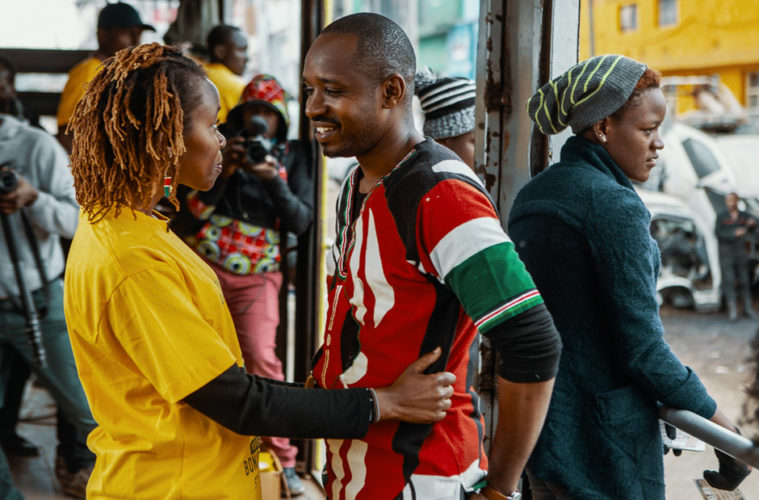 Call him the Bernie Sanders of Kenya. In a country where voters come with their hands out seeking bribes, Boniface “Softie” Mwangi has been able to raise enough money from grassroots, small-dollar independent donors to run a sustainable campaign against political cronies. Mwangi is somewhat of a household name in Kenya. He’s long fought injustices in his country as an activist and photojournalist who dares to document violence and oppression. This has, of course, landed him on several political hit lists. We learn since the country’s freedom 60 years ago two political dynasties, vying for a regional senate election, have dominated the country since it had been divided by the British. The legacy of colonialism continues and so does the violence as voters vote only in their short-term interest (and also with the help of cash bribes).

Directed by Sam Soko, Softie is a compelling act of defiance, made more alarming by the violent events documented throughout the film, including the torture and murder of an official charged with keeping the elections fair and safe. The film’s final title card tells us that 30 activists had either gone missing or have been killed during the making of the film. Against those odds, the film persists showing a gritty reality and the pop star image politicians sell to the general population as they engage in retail politics, bribery, and stagecraft. This is a system that Mwangi has been fighting against and decides to enter an election that happens once every five years, much to the concern of his wife Njeri who moves herself and kids to New Jersey while Softie runs.

It’s a powerful documentary that offers an insight into a reluctant change-maker facing insurmountable odds in a corrupt country where the status quo is made up of a hardworking, oppressed lower class. The political leaders are quasi-oligarchs, although one cannot quite figure out where their money comes from. (One, we learn, had a single hit record). What Boniface “Softie” Mwangi lacks in the pop star personality, he more than makes up for it in solid social policy and a desire to change, receiving some television attention in the process. Njeri cheers him on from Jersey City, while his children grow more distant in a rough transition for everyone involved. Fatherhood and insurgent political campaigns do not easily mix in violent and corrupt nations and the heart of the film is with Softie as he weighs the greater good. I suspect we have not heard the last of him, but I genuinely do fear the next time I hear of him it may be in an obituary.

The stakes could not be higher and Softie is a powerful and personal election biopic about the sham of free and fair elections in a kleptocracy. The film is unafraid of showing the real costs of political corruption from blood running in the streets to direct bribery at the polling stations on the day of the election. As intimate as it is brave, Softie is vivid warning and not an easy film to shake.