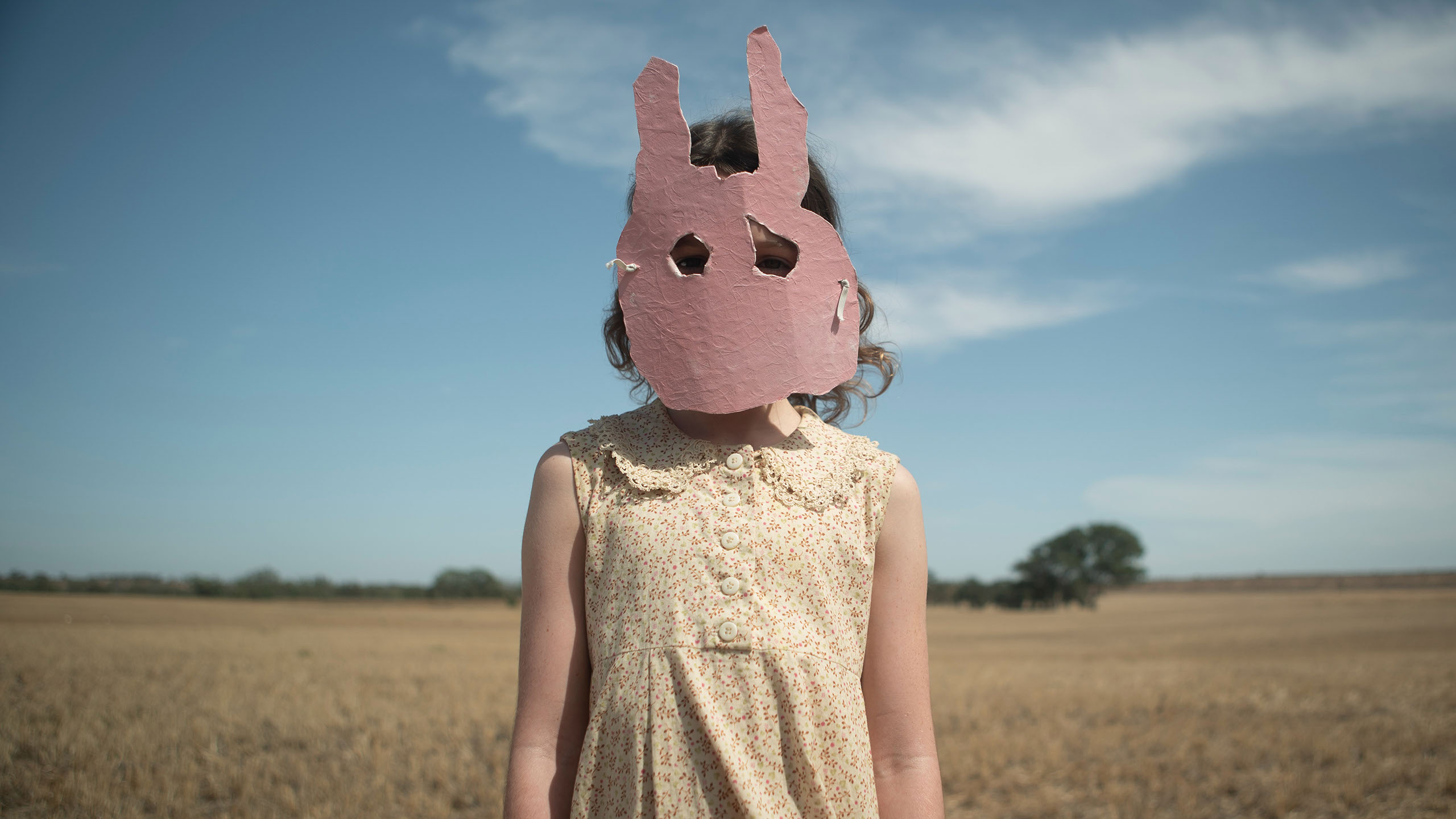 Run Rabbit Run, the latest from director Daina Reid, has all the ingredients of the modern mother-daughter horror film. There are the strung-out bass notes and dissonant metallic clangs. There are the cute, unexpectedly vicious animals attempting to become blatant metaphors. There are the disturbing black-crayon drawings that suggest something demonic. And then there is the central strained, maternal relationship that devolves into a psychological game of wills and triggers old trauma into a chaotic climax.

In this sense, Reid’s movie leans into its tropes enough to fulfill the requirements of the genre––it earns its creep in jolting blows and unsettling exchanges. So why does it feel so hollow? The story, written by Hannah Kent, turns generational secrets into paranormal (or are they?) disturbances, well-worn subject matter over the last several years––most notably in other Australian horrors like Jennifer Kent’s The Babadook and 2020 Sundance entry Relic. But the movie could serve to clarify its scares. It’s almost as if it can’t commit to the atmosphere, the tension, and the characters it works so hard to create.

Sarah (Sarah Snook) is a fertility doctor living in a South Australian suburb with her daughter Mia (Lily LaTorre). In the aftermath of her father’s death, Sarah celebrates her daughter’s birthday and invites her ex-husband and his new wife Denise to the party––noticeably missing from the picture is Sarah’s estranged mother, Joan (Greta Scacchi), suffering from dementia at a nursing home. Sarah thwarts any attempts from her mother to connect with Mia, refusing calls and burning birthday cards. That same night Sarah even attempts to get rid of a white rabbit that Mia has temporarily adopted, but it bites her hand and escapes her clutch.

The wound festers throughout the rest of this anxious time––much like Mia’s sudden obsession with seeing Joan, despite having never met her grandmother. Mia’s requests begin calmly but soon erupt into hot-headed demands, baffling Sarah. Why has Mia taken such a deep interest in her grandmother? More importantly: why does she want to be called Alice? And why has she made a creepy pink bunny mask to wear? It doesn’t take too long to determine the answers to such questions, though Reid isn’t exactly eager to confirm them, blending reality and abstraction in a way that becomes more of a hindrance as Sarah grows more confused.

You never want to feel like you’re waiting for the protagonist to catch up to the plot, but Run Rabbit Run, which Netflix acquired ahead of its festival premiere, requires your patience. After a while, Sarah’s bewilderment––as Mia begins having unexplained nosebleeds and pivots into menacing voices––grows stale. While something inhuman is afoot, Sarah’s stubbornness to acknowledge that Mia might not be channeling the child she raised begins hampering the movie’s momentum. As an attempt to ratchet up tension, Reid returns to Sarah’s childhood home where the family photos might as well be ghosts and the bedrooms have remained eerily in the same condition. More requisite horror boxes to check.

Though the fractured pieces start to show, Reid wisely leans into Snook to glue them into a cohesive-looking puzzle. It’s smart casting, using her cache from Succession as a profane, button-down corporate executive to upend expectation and illustrate a mother in crisis. Snook moves from derisive to apologetic to overwhelmed in seconds, matched in ambiguous line-readings by her frequent screen partner LaTorre, who can only revel as the walls begin collapsing around Sarah. The origins of all this unstable melodrama eventually unfold, but outside of its primary performances, this dark fable provides little meat to chew on. It’s a competently made potboiler lacking the necessary nutrition.

Run Rabbit Run premiered at the 2023 Sundance Film Festival and will be released by Netflix.