Sundance Review: President is a Disturbing and Essential Look at Democracy in Inaction 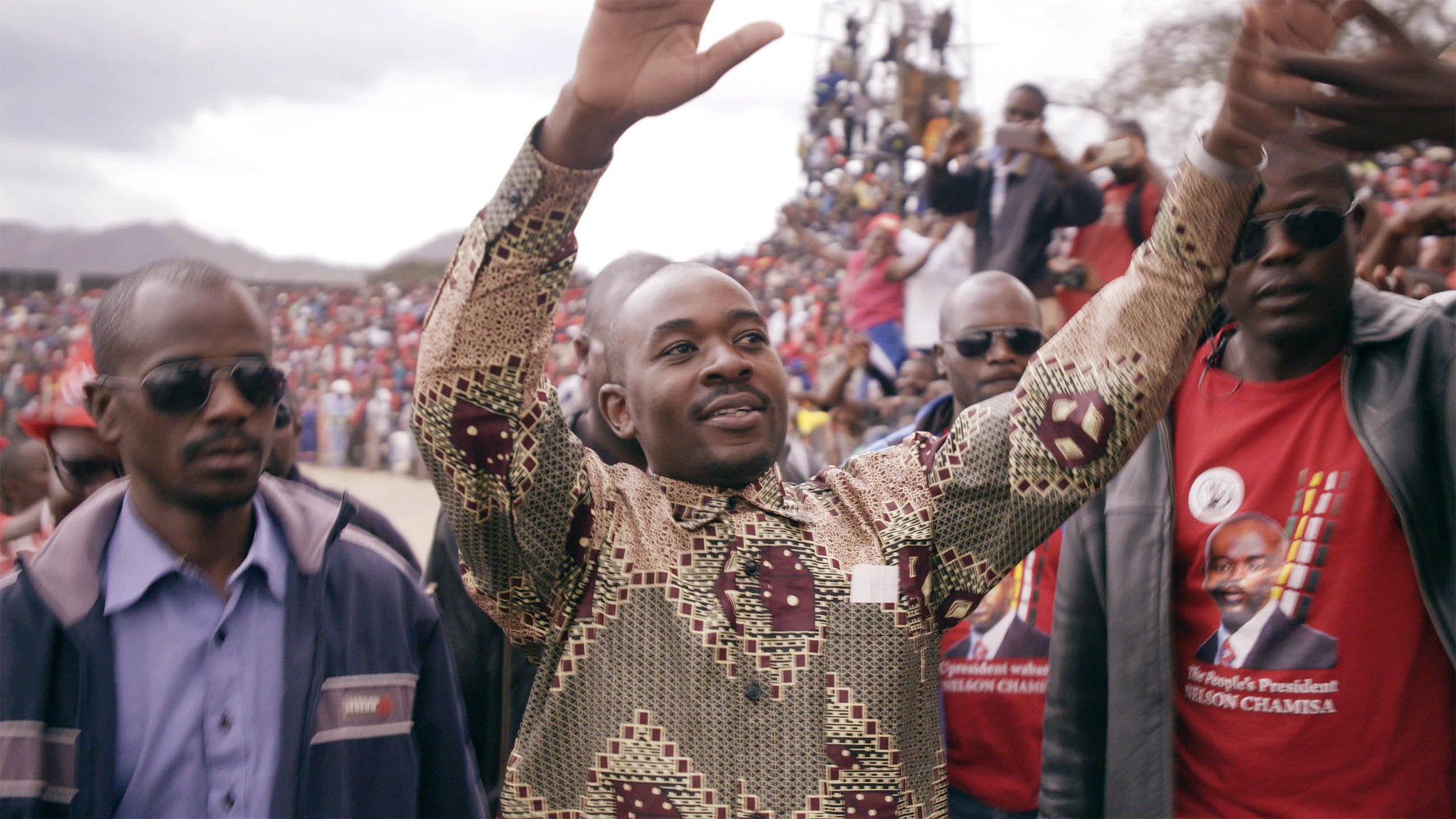 As Americans are painfully aware these days, democracy is messy business. Following her fascinating 2014 documentary Democrats, about the work of creating a new constitution in Zimbabwe, Camilla Nielsson’s sweeping President explores the nation’s second democratic election, in 2018, through the eyes of the opposition party. The legacy of Robert Mugabe looms large in the ruling ZANU-PF party, which controls all manner of life in the nation despite inroads made by the liberal MDC (Movement for Democratic Change) and its presidential candidate Nelson Chamisa. Challenging incumbent Emmerson Mnangagwa, the film shifts modes between fly-on-the-wall picture about the inner workings of a campaign and an on-the-ground study in real election rigging, wherein the ZANU-PF use all manner—from soft approaches like food giveaways to disturbing allegations of sexual violence against poll workers.

The film is a straightforward act of courage by Danish journalist-turned-filmmaker Nielsson, whose film Democrats was considered pornographic and therefore illegal to own—despite lacking material any sane person would associate with pornography, rather proving a vital historical document. While the film’s ban was indefinitely lifted, one has to wonder if ZANU-PF will be successful in blocking the release of President for its inditement of the nation’s electoral commission, process, and military.

The film’s initial focus is the charismatic 40-year-old Chamisa, who promises change and finds the backing of students who feel betrayed by the hollow promises of a ruling party that is still the party of Mugabe. Its early passages feel like a modern version of D.A. Pennebaker’s classic campaign documentary The War Room, as MDC and its candidates discuss their ground game from social-media messaging, campaign rallies, media appearances, and their data operation to ensure the integrity of the election district-by-district. A strange twist arrives halfway through the campaign: Mugabe is banished from the ZANU-PF and endorses Chamisa, who is baffled. When asked for his reaction, he says, “When your enemy kisses you, you have to make sure there’s no bite in his kiss.”

President‘s latter half focuses on the aftermath of the election, when the country potentially moves towards a constitutional crisis. The election’s integrity finds itself in the nation’s high court while opposition party leaders privately wonder how Mnangagwa will be able to govern without a majority. Thus the film proceeds like a legal thriller as lawyers from South Africa engage in the process of discovery on behalf of the MDC and, at every turn, unpack just how stacked the deck is against the opposition party.

Nielsson and DP Henrik Bohn Ipsen’s camera capture truly disturbing moments, including a military invasion of a press conference and use of live ammunition against protestors. The result is a stunning work of deep journalism that proves just how fragile and messy democracy can be, especially in the hands of a ruler who lacks respect for his nation’s newly written constitution.