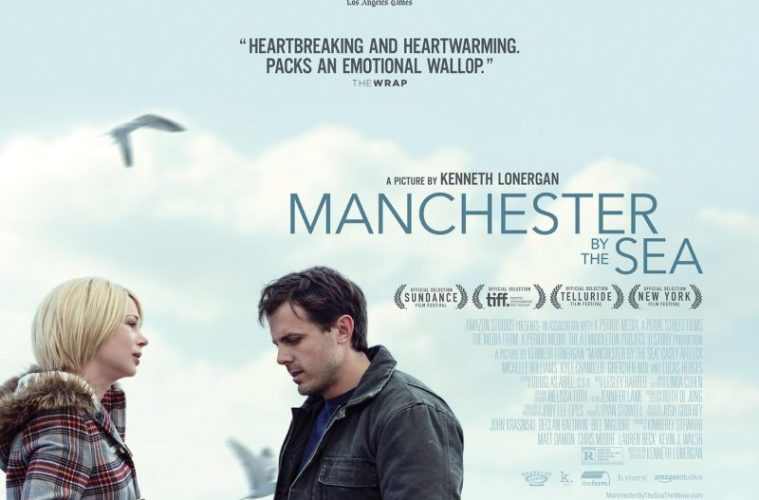 [Sundance Review] Manchester By the Sea

With his unassuming, quietly affecting films leaving such a distinctly indelible impact long after the credits roll, we may only have three features from Kenneth Lonergan across sixteen years, but they provide a lifetime’s worth of human experience. His latest, Manchester By the Sea, finds him in the quaint northeastern Massachusetts town as he immaculately constructs a layered, non-linear exploration of the ripple effects of loss and grief.

Appearing in nearly every scene of the drama is Casey Affleck as Lee Chandler, living out his lonely life in Boston working as a handyman for a group of four apartment buildings. A phone call from his hometown informs him that his brother Joe’s (Kyle Chandler) long-diagnosed congestive heart failure finally caught up with him. Passing away before Lee makes it home, he must now deal with the aftermath of his brother’s death and the ocean of grief that it brings, all in a town that carries its own tragic memories for him.

If The Assassination of Jesse James by the Coward Robert Ford, Gone Baby Gone, or Ain’t Them Bodies Saints hadn’t been sufficient proof, Manchester By the Sea solidifies Affleck as a leading man that can carry the weight of anguish in a glance. His pensive performance here — gratefully always given room to naturally breathe by Lonergan — is riveting to watch, particularly how he subtly reacts to each person that has left scars years prior, and in the initial pain of how we see those scars come to fruition. The moment he learns of his brother’s death when arriving to the hospital, he languishes in the moment, staring at the doctors who have delivered the news; Affleck masterfully exhibits both the suffering and confusion.

Incorporating a series of unadorned flashbacks, Lonergan brilliantly and steadily peels back the layers of Lee’s anguish. We see him with a healthy Joe and his young son, Patrick (Ben O’Brien), enjoying a beautiful day of fishing, as well as Lee’s loving interactions with his wife, Randi (Michelle Williams), and their three children. The way Lonergan inserts these sequences in the narrative with little build-up is temporally jarring at first, but they are slowly revealed to be part of a much larger patchwork that gives an emotional backbone to Lee’s reservations and seclusion.

As this structure gives a sense of the past, it’s Lee’s relationship with his now-16-year-old nephew, Patrick (Lucas Hedges), that forges his future. Unbeknownst to Lee, his brother’s will put Patrick under his care with consideration for everything he may need to raise a teenager while still living in their hometown. However, Lee insists on moving him back to Boston, tearing up his rooted life of sports, music, and girls.

Crossing a few thematic paths with Margaret‘s Anna Paquin as he deals with his own loss and adolescence, Hedges (who appears here alongside his Moonrise Kingdom co-star Kara Hayward, playing one of his two simultaneous girlfriends) is the other stand-out of the drama. While we won’t fault the film’s future marketing to likely give higher billing to Williams and Chandler — both magnificent in their crucial scenes — their actual presence is minuscule, rather significantly impacting Lee’s life as looming memories over the whole film. It’s Hedges who genuinely shines as the only remaining family member who’s a substantial part of Lee’s life.

Much of the film’s second half deals with their dynamic, as they each attempt to move on in their own ways, all while Lonergan fuses his own particular layer of comedy. Whether it’s Lee helping him try to get laid — and doing an awful job at it — or the two quarreling in the car, there is rarely a moment in Manchester By the Sea that isn’t filled with both a tinge of heartbreak and some tenderly amusing humor, even in the most unexpected of places.

Shot by Jody Lee Lipes (Martha Marcy May Marlene, Trainwreck), there’s an evocative beauty in the way he frames the seaside town through both a starry night and a brisk day. Characters are almost always front and center, keeping us keenly attuned to their actions — but, when they’re not, Lipes keeps them at a distance. In one of the most striking sequences, the revelation of his father’s death to Patrick at his hockey practice is done from across the rink, focusing more on the embrace of his friends than what is actually said. Lonergan poetically heightens much of the drama with non-diegetic choral and classical music as well as other genres, giving a larger importance to an intimacy he creates.

He arrives in the town with an almost mythic presence, but by the end of Manchester By the Sea, after we see all the layers that comprise Affleck’s Lee, he emerges a fully realized character. It’s a process that’s fascinatingly heart-rendering to witness, a collection of moments both micro and macro, essential and seemingly superfluous, yet all building to a complete picture of a man trapped by circumstance and remorse. There are no clichés here, and Lonergan flawlessly carves out the most sincere moments to reveal a sprawling, deeply affecting odyssey of emotional recovery.

Manchester By the Sea premiered at the 2016 Sundance Film Festival and will be released by Amazon/Roadside on November 18th.