Sundance Review: Ma Belle, My Beauty is a Nuanced and Mature Exploration of Polyamory, Desire, and Heartbreak 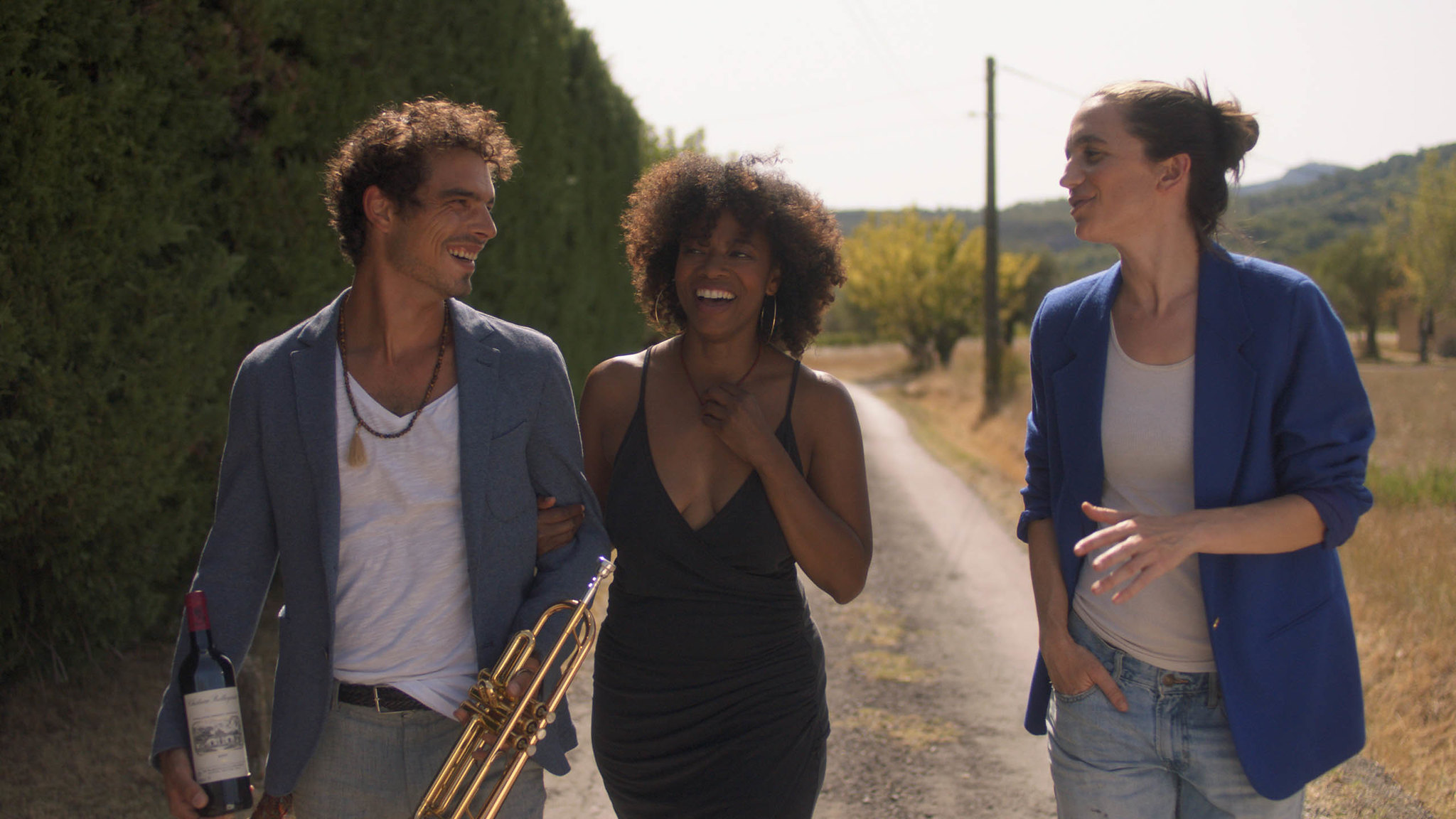 In some relationships it’s easier to pick up where you left off, even after years of being apart. Others, such as those at the core of Marion Hill’s impressive, nuanced feature film debut Ma Belle, My Beauty—contain more heartbreak and baggage. Screening in Sundance’s NEXT category, Hill’s picture navigates uncomfortable truths with perspective and lyrical emotional honestly as Lane (Hannah Pepper) re-enters the life of former lover Bertie (Idalla Johnson) at the request of her husband Fred (Lucien Guignard).

New Orleans ex-pat Bertie has moved to the South of France with husband Fred. Both dream of working on their music career together—until he becomes the star of the show, leaving her in the shadows. Having just lost her mother, Bertie spends her days tending to their aging villa and making trips into town where she keeps her distance despite adoration for her husband who has become a local celebrity.

Lane is equally in New Orleans, considering moving to Barcelona to take part in a massage-therapy program while trying to get Bertie out of her funk. Hill unravels the layers of the relationship rather carefully, allowing the tension to fully simmer in the beautiful rural summer sun (lensed by Lauren Guiteras) of southern France over countless glasses of red wine. Despite the feelings Lane and Bertie share, she still believes marrying Fred was “the thing to do,” as one of a certain age may feel the pressure to do. Lane herself remains conflicted, sharing a friendly relationship with Fred. When asked about her feelings toward the man that married her lover, she replies, “It’s hard not to love someone who loves the person you care about.”

While Ma Belle, My Beauty treats the subject matter of depression, desire, heartbreak, and polyamory with a mature sincerity, it’s also often quite delightful and light, especially as Lane finds herself frolicking around town with Noa (Sivan Noam Shimon), a stunning Israeli woman with whom she has a brief fling, politics notwithstanding. Bantering at a party, Bertie reminds Lane she once boycotted a hummus brand over the Israeli occupation.

Ma Belle, My Beauty announces the arrival of talent without extensive screen credits, many connected to the writer-director from the New Orleans art and performance scene, including leads Johnson and Pepper (the latter in her only IMDb credit). This is exactly the kind of under-the-radar, low-budget, intimate filmmaking Sundance’s NEXT section should celebrate.