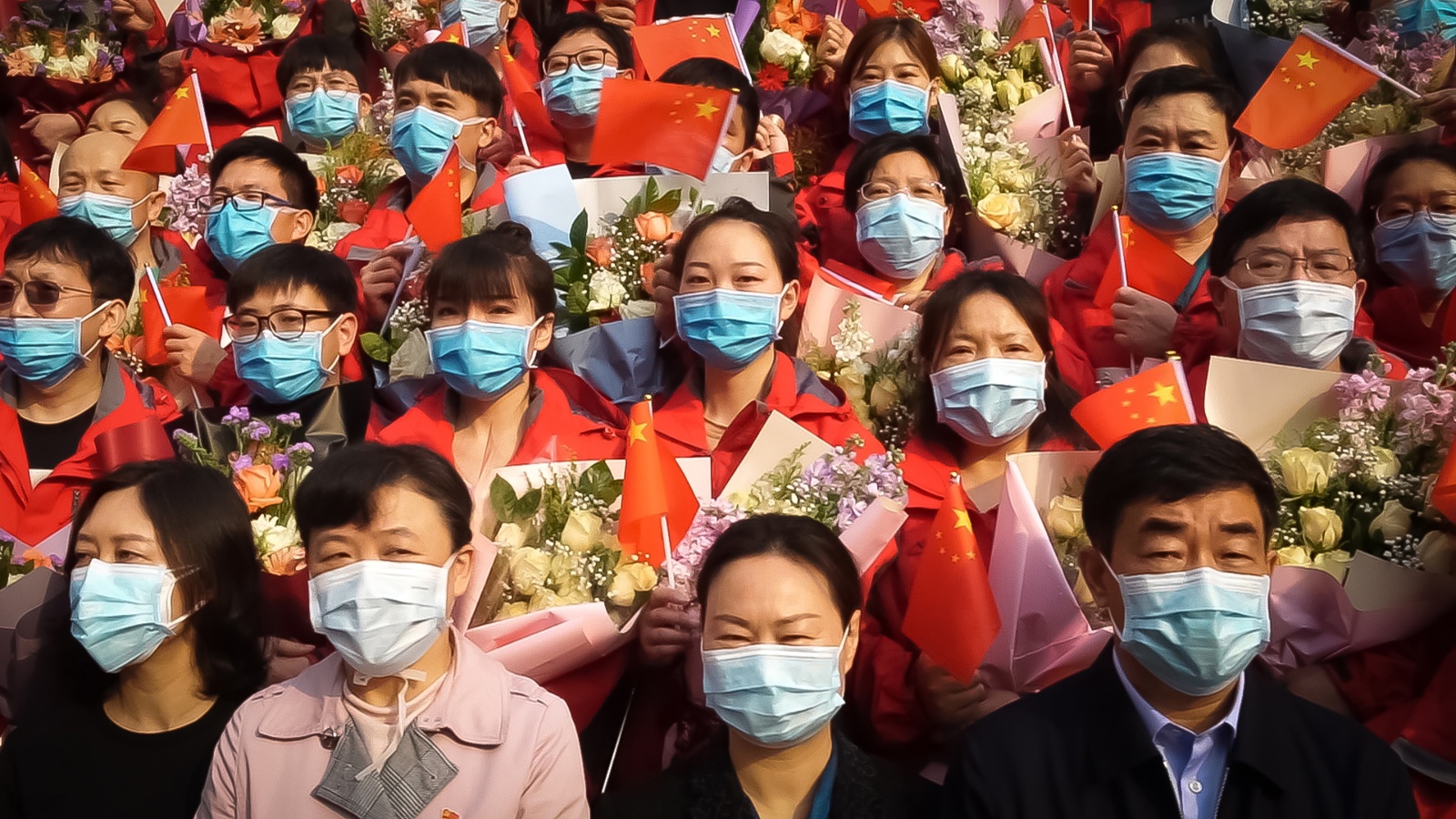 Any newly-released film, book, or piece of media that begins its story in the latter months of 2019 is signifying something very clear: trouble like we’ve never known is afoot. Nanfu Wang’s new documentary In the Same Breath opens on the 2019 New Year’s Eve celebrations in none other than Wuhan, in the Hubei province of China, where the first cases of the novel coronavirus spread from. With the morass of revelers filling out the city’s skyscraper-laden main square, an awful feeling hits the gut: the reminder that we’ve added another year to the calendar, and still the pandemic dominates our lives and fortunes.

Although many of us have lived through the last year on an endless diet of pandemic current affairs updates, In the Same Breath still offers a useful recap of this stricken period. Chinese-American director Nanfu Wang, following up her 2019 Sundance winner One Child Nation, returns here with an even more pertinent work, one that understandably struggles to gauge the full scope of the crisis, but will also act as a time capsule for future generations of early 2020’s unfolding panic. Televised news, social media, video diaries, beginning in China and then progressing to the US in the film’s second half, return us to those jittery days at the onset of the pandemic, with the misunderstanding of the virus’s potential risks alarmingly prevalent from politicians down to the public.

The film’s early narrative beats introduce Wang’s main focus: the scourge of wilful misinformation and fake news that contributed in its own way to the loss of life. On New Year’s Day 2020, shown in tandem with General Secretary Xi Jinping’s optimistic public address, is a news bulletin that eight people were arrested for spreading ‘false rumors’ about an unknown pneumonia. As January unfolds, local hospitals start to dangerously overfill but the state brass are still unwilling to acknowledge any health crisis. In a strange echo of the early US response, Wang’s main revelation is how the Chinese authorities pushed an initial falsehood that all was well, linked to its propaganda arm’s skill at promoting national unity (she has lots of amusement piling up quick edits of kitschy performances of communist anthems and ceremonial dance numbers).

But more than any formal distinction, Wang’s work is marked by its fearlessness in light of real personal risk, proceeding as it does with her own first-person voice-over. As a Chinese expat who makes yearly family trips to the Jiangxi province, she’s not dangerously resisting authority like the citizen journalists whose research is used in the film, but she is daring to baldly criticise a country with strict free speech laws. We feel her particular ache, of speaking out unapologetically against the regime she grew up in. And her current residence in the US allows her another perspective: initially championing it as a freer society, she grows to see its similarities with the censorious atmosphere in China. The film’s latter stages display the Trump administration’s chillingly indifferent reaction to the virus, and then the would-be libertarian conspiracy theorists his views empowered. Even nurses and doctors interviewed by Wang in more responsive states like New York and New Jersey (where Wang resides) are given a slap on the wrist by higher-ups for disclosing just how ill-prepared America was for the first wave. There are real journalistic revelations, for instance, on how masks were purposefully not circulated among the general public, at least in the pandemic’s initial stages.

Real, in-depth discussion of the science is absent, in addition to the film slightly evading the question of Covid’s economic consequences. What emerges most clearly, in Wang’s argument, is the pandemic being as much of a battle between citizens and their lawmakers, as against humanity versus an ever-mutating virus. With travel not an option, she is forced to mobilize a bevy of anonymous volunteers in China to gather observational footage, interviews, and even slick drone-establishing shots. With the piecemeal, remote construction of In the Same Breath, it’s striking how Wang’s personal perspective on the subject, and sense of authorship as a filmmaker, registers so well.

In the Same Breath premiered at Sundance Film Festival.