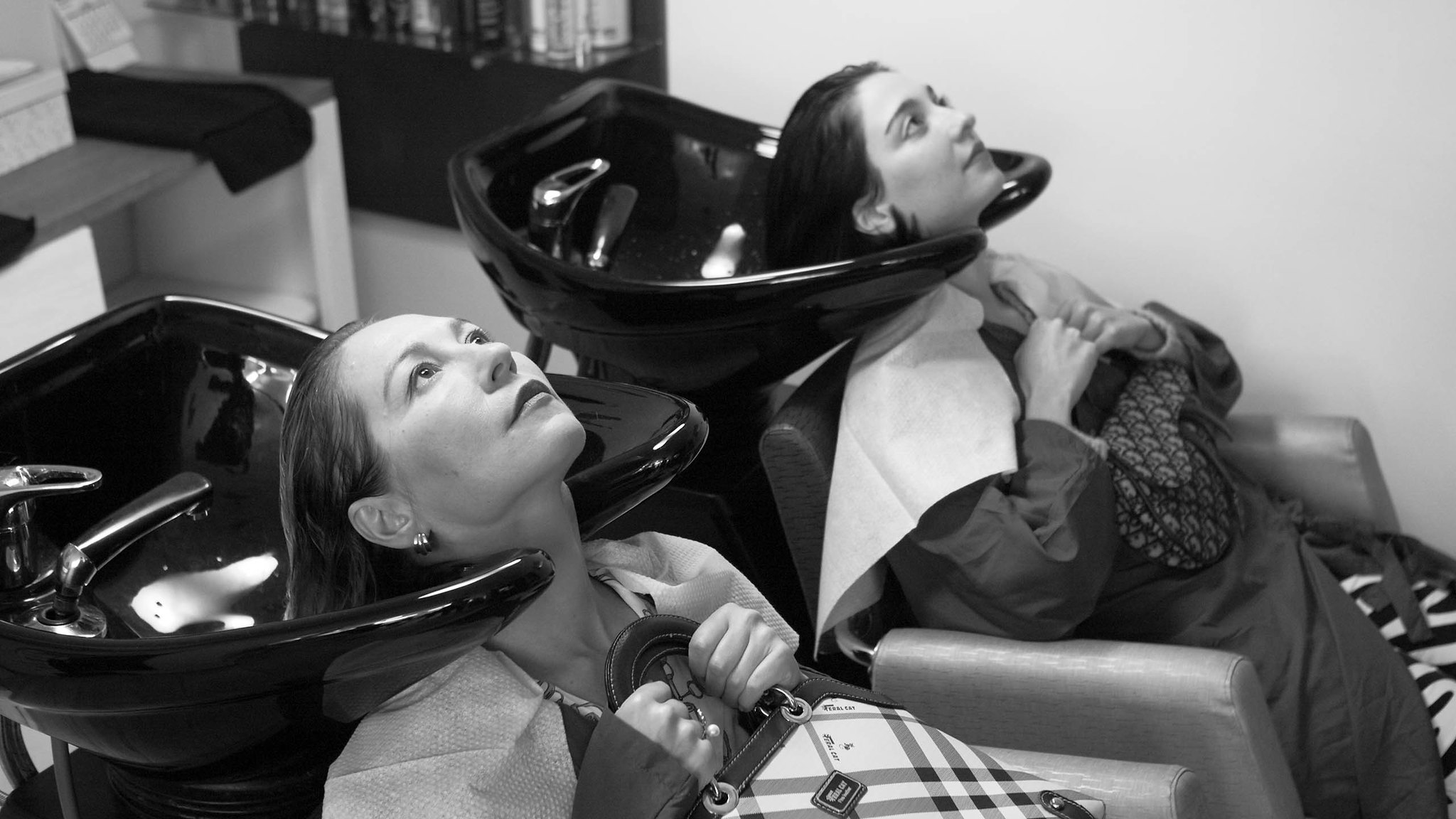 In a café in Gijón, Spain, Leonor (Amalia Ulman) sits with a cup of coffee. An older man (Nacho Vigalondo) approaches her and joins her, and the two start discussing some sort of transaction. She’s considering sleeping with him for money, but then she reconsiders. “I’m wondering if it’s worth sucking a dick for a book.”

Like Leonor’s own little gig economy she’s come to, this is one of the many vignettes El Planeta finds itself in. She was a fashion student in London before, but now that her father (and cat) has died, she’s home living with her mother (Ale Ulman), who’s facing eviction. The unemployment office has failed them and their time is scarce. Naturally, they start grifting to get meals and lower their bills. If someone else can pay for dinner, that’s great. If Leonor can sit in the hallway to read so she doesn’t have to turn on the lights, that adds up too. I’d be sad if it didn’t have such a droll approach. In some ways, it is. El Planeta isn’t the most thematically consistent, but it’s clever and brisk enough to be a good time.

This is Amalia Ulman’s first feature film, her previous efforts in the realm of conceptual and performance art. Here, she writes, directs, and produces in addition to starring, and the result seems to have led her past inclinations as an artist onto the screen. In tone, El Planeta is just sarcastic enough to hide its earnestness. Thematically, it’s about economic aspirations as much as it is the “entitlement” intrinsically linked to it. What characters want always seems to take on the role of something much grander like the architecture around them, and it always seems to be somewhere else.

The difference here is that, as a writer and director, Amalia Ulman doesn’t look at Leonor’s behavior as entitled. It doesn’t even really see her aspirations as middle class. She and her mother can be bratty at times, sure, but they’re reaching for the bare minimum here. It’d be a different story altogether if Leonor were trying to return to her fashion students. She’s not. She’s just trying to get by for now, and as such, the movie follows that too in whatever forms it takes.

One brief storyline involves her meeting a guy who goes by Amadeus (Zhou Chen). They meet at a store and hang out for a bit, even going on something resembling a date, but El Planeta doesn’t pretend this is a long-standing arc. It’s a diversion. It’s awkward and funny and the hard cuts exacerbate how stilted each moment is. In some ways, the film works better on this front. Like her previous work, Amalia Ulman’s economic themes are more conceptual than fleshed out.

There’s enough context here for them to work on a moment to moment basis, but the stray details do a better job keeping a narrative flow. The digital cinematography from Carlos Rigo is also notable in how it makes black and white feel more chrome than classical. (It’s definitely more effective than the scene transitions here.) As a fully-fledged statement, El Planeta wavers about as much as it succeeds. As observational comedy with a bit of bite, it signals good things for Amalia Ulman as a filmmaker. She, unlike her character, seems to have good things ahead of her.