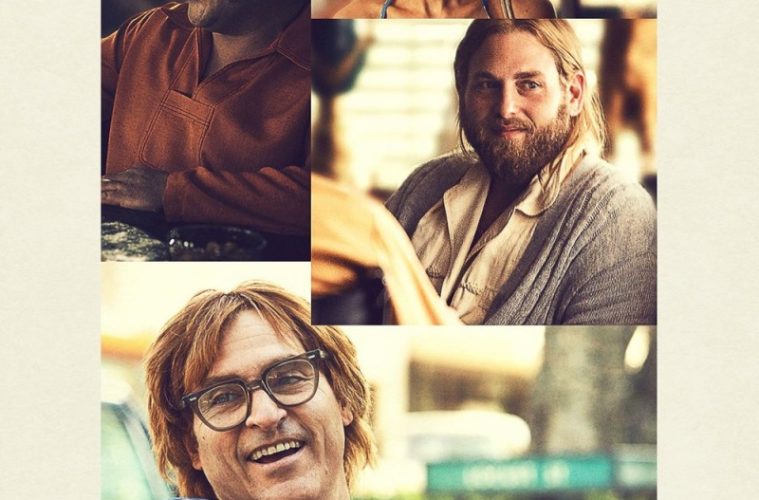 Sundance Review: ‘Don’t Worry, He Won’t Get Far on Foot’ is a Shapeless Biopic with a Stand-Out Joaquin Phoenix Performance

Returning to the Sundance Film Festival for the first time since Gerry, Gus Van Sant has had a peculiar run since. After experimental highlights like Elephant and Paranoid Park, he earned acclaim with Milk, but then his last trio of features–Restless, Promised Land, and The Sea of Trees have been forgettable–or worse. His latest film, Don’t Worry, You Won’t Get Far on Foot, finds him returning with a beating heart, courtesy of Joaquin Phoenix’s stand-out lead performance, but this biopic is ultimately let down by its shapeless, uncinematic approach.

Based on a memoir by Portland’s John Callahan, the scattershot editing structure finds us jumping between his early 20s–when his alcoholism led him to becoming paraplegic after a horrible accident–and his life confined in his wheelchair, from his early, angry days to finding some peace with crafting off-color cartoons and support at an AA group. Although his cartoons come to life in brief asides throughout the film, this biopic is less about Callahan’s creativity and more about his therapeutic road to recovery, with a great deal of soul-searching and room for forgiveness along the way.

As one has come to expect, Phoenix is magnetic in his re-team with Van Sant after his comeback in To Die For. The backbone of the film places him in his AA groups, retelling his story, which goes from playful to tragic to maddening before Callahan embraces the twelve-step program. Van Sant is smart enough to realize the pinnacle of cinematic power with this story lies with close-up on our protagonist’s agonized face. Phoenix believably sells both the all-consuming desire for constant inebriation and the pain Callahan has bottled up from all those he’s wronged, including himself.

As for the rest of the film, there’s an amateurish aimlessness that occasionally syncs up with Callahan’s shaggy demeanor (perhaps it’s just the wigs, of which there are an abundance of), but for the most part, it feels like Van Sant is out at sea, searching for purpose when there’s not much here beyond a good-natured, by-the-numbers story of recovery. Cinematographer Christopher Blauvelt, who brought an overwhelmingly distinct sense of place in the films of Kelly Reichardt, seems directionless here, relying on awkward zooms in a stale nod to the period they are capturing, and an overlit aesthetic that seems co-opted from an evangelical Hallmark movie.

Phoenix is surrounded by an skilled ensemble, with Jonah Hill’s subdued, zen-like Donny making the strongest impression. As Callahan’s sponsor, he’s lived a life of luxury thanks to an inheritance of many generations, which results in some inspired images, including laying across his golden bed or puffing on an extra-long cigarette. Jack Black plays the party hardy Dexter, who is partially to blame for the accident, and is ultimately given a touching moment of reconciliation. Then there’s Rooney Mara, who arrives in angelic fashion as Callahan’s therapist Annu. Sporting a Swedish accent, she is unfortunately thinly-sketched and ultimately wasted, used little more than an outlet of affectation for Callahan.

Don’t Worry, He Won’t Get Far on Foot premiered at the Sundance Film Festival and will be released on July 13.