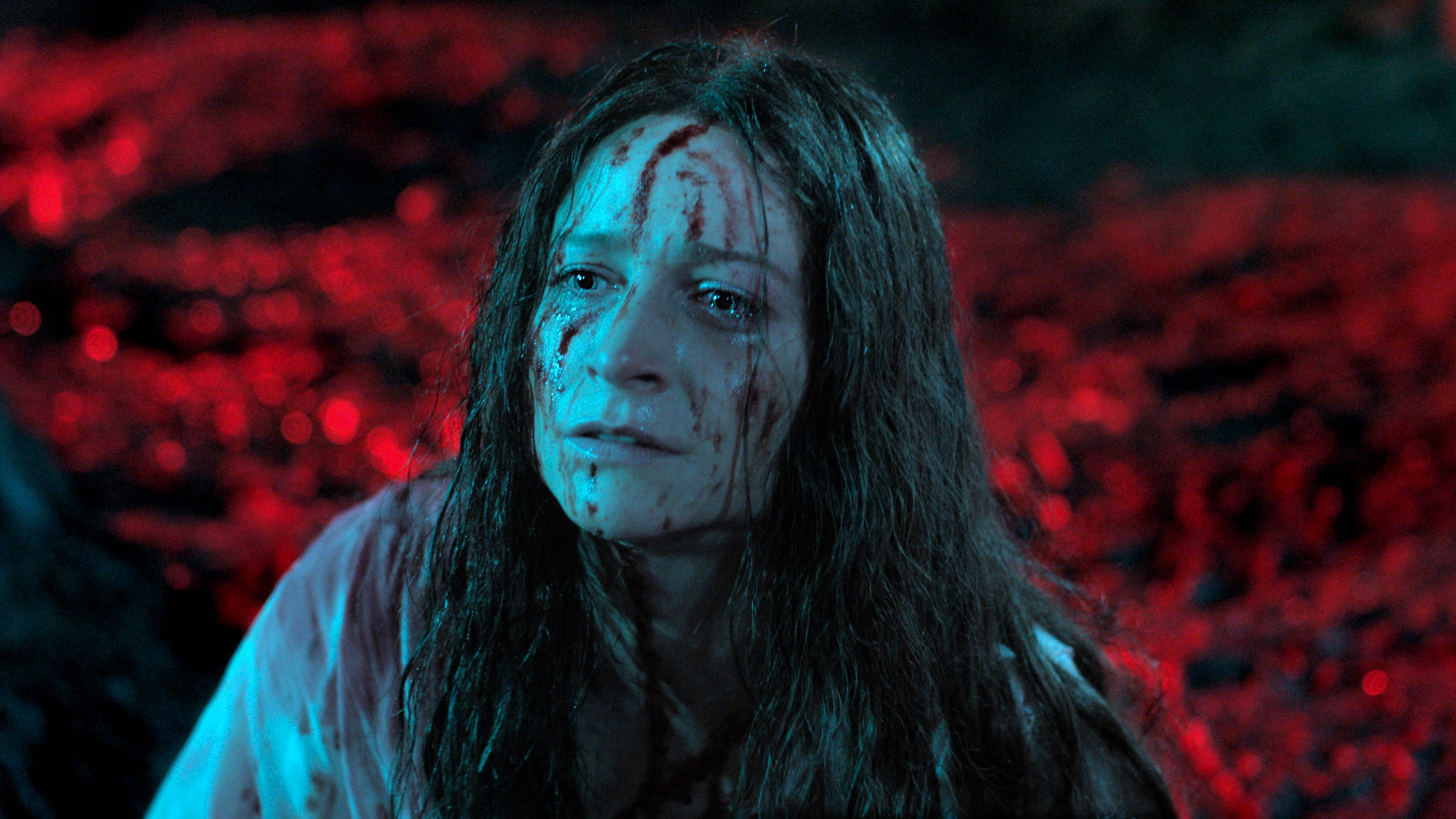 It is hard to think of a recent horror film––or a film of any genre, really––in which the main character is tasked with a job as original and ingenious as Enid Baines, the protagonist of Prano Bailey-Bond’s riveting Censor. She is, yes, the titular censor. It is 1980s England, the time of “video nasties” that drew parental consternation and tabloid outrage. These were the low-budget, ultra-violent VHS cassettes that earned their own category in the collective consciousness. Not all were UK productions––I Spit On Your Grave and Abel Ferrara’s Driller Killer made the list. In Censor, however, the nasties are homegrown, in more ways than one.

Given the climate, the job of a censor is a tricky one. As Censor begins, a quiet, by-the-book young woman, Enid (Niamh Algar), watches a rather typical, fuzzy-screened entry with a colleague. This one features a girl on the run from a killer––and some choice commentary from Enid: “The decapitation is ridiculous … It’s the gouging that’s too realistic … Some things should be left to the imagination.” Her colleague does not seem too perturbed, but Enid treats their task much more seriously: “We can’t afford to make mistakes.” Is Enid’s thought-process fueled by morality, or by the knowledge that they, the censors, are being watched just like the filmmakers? After all, following a long day of work, Enid is greeted on her television by conservative politicians shouting, “These violent films are ruining society’s moral fabric.”

Bailey-Bond, who co-wrote the film with Anthony Fletcher, nicely illustrates the grimness of this time period. Margaret Thatcher barks on TV, the tunnels Enid passes through each day are gray and foreboding, and the tube is home to arguments and stares. It is no wonder that viewers got off on the idea of films that caused upset and controversy. It is also no wonder that censors like Enid come under fire when a murderer dubbed “the Amnesiac Killer” was said to be influenced by a film she and her colleagues passed––with edits, but still. Suddenly, Enid’s name is on the news and she is targeted by prank callers.

Meanwhile, Enid struggles with an even greater darkness. As a child, her sister disappeared following a game in the woods. For decades, she was a missing person, but now Enid’s parents are prepared to call her deceased. Yet for Enid, the disappearance is full of mystery. Her own memories are spotty, and when she sees a specific reference to the disappearance in a new film, she begins to crumble. How could this filmmaker have known what happened that day? Is the actress in the film actually Enid’s sister? These questions become Enid’s obsession, and Censor’s second half explores her search for answers and descent into… well, you’ll see.

The closer to the truth Enid comes, the looser Censor’s hold on the narrative becomes. Yet we are drawn to Enid’s story even as it descends into a predictable denouement. A key reason for this is the performance of star Algar. The Irish actress is utterly mesmerizing onscreen — complex, worried, coldly intelligent but also deeply wounded. It’s a star-making performance, to be sure. Just as commendable is the direction of Prano Bailey-Bond, who has crafted a horror film that disturbs but is also emotionally engaging. She also crafts the finest smashed-TV-as-metaphor since the opening credits of Twin Peaks: Fire Walk With Me.

Censor is a genuinely impressive debut feature for Bailey-Bond, a horror film with allusions to everything from The Ring to Berberian Sound Studio and Lost Highway. Above all else, though, it has the character of Enid, and the performance of Algar. It works as both a quasi-tribute to the video nasties of the 1980s and a commentary on the foolishness of blaming art for the actions of its admirers. Censor shows that paranoid delusions can target anyone––even those tasked with being the public’s moral barometer. It’s a bold point of view, and an exhilarating film.