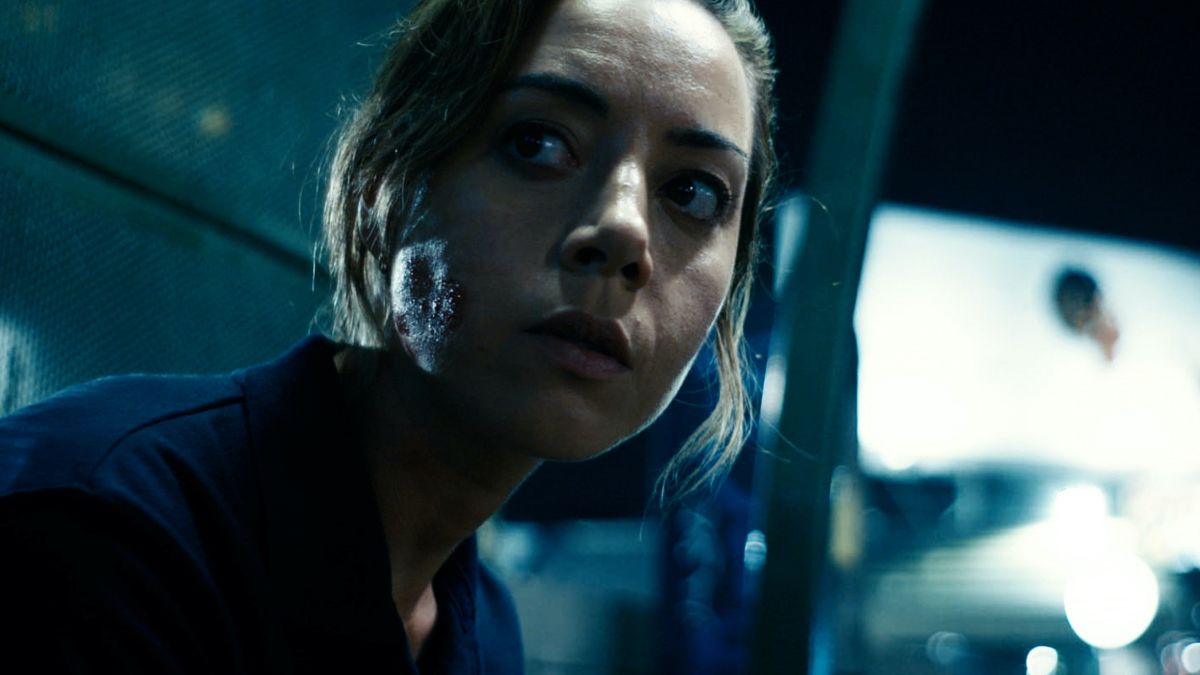 Taking part in ten Sundance premieres over the last ten years, Aubrey Plaza’s niche in the world of independent cinema has been well carved. Reaching into darker territory as of late, from Ingrid Goes West to Black Bear, her latest film, Emily the Criminal, takes things to a logical next step, placing the actress in strictly thriller territory as her character’s job prospects dwindle and she’s faced with getting into a dangerous, underground world of illegal activity. John Patton Ford’s debut as writer-director is simplistically crafted in both plotting and form, but Plaza’s committed performance carries us through the increasingly dire journey.

After a stint in art school has led to no career opportunities thanks to a record bearing a DUI and aggravated assault, Emily (Plaza) is drowning with $70,000 in student loan debt, only able to barely pay off the interest each month. Living in Los Angeles with random roommates she barely knows and hoping she doesn’t have to go back to her family in New Jersey, she works a thankless catering job as an independent contractor, meaning little benefits or stability. When one of her co-workers clues her in on a “dummy shopper” gig that initially brings in $200 an hour, she takes the bait—so begins an escalating game of higher stakes and increased danger as she enters the world of credit-card fraud.

Clearly nodding to the suffocating energy in the Safdies’ Uncut Gems—itself inspired by the seedy, grounded Dustin Hoffman ‘70s crime classic Straight Time—Emily the Criminal abundantly draws from both without ever finding a distinctive voice of its own. However, Ford knows his strongest asset is Plaza and keeps the camera trained tightly on her for much of the entire film. Rarely cracking a smile––only when feigning a friendship past its expiration date with a more successful friend from high school and art school––Plaza brings despair and intensity to the role as her character’s world closes in around her. As Emily gets into increasingly perilous, life-threatening situations, Plaza is asked to bring a grounded sense of fear while also exuding a drive to escalate in this criminal world and she sells both the trauma and ambition well.

But with basic, straightforward cause-and-effect stakes, the script can often feel schematic in how it puts Emily through the wringer. Frustrations with her limited job prospects (including a cameo from Gina Gershon as a perfectly slimy, entitled exec) immediately, directly lead into Emily wanting to take things to next level in the fraud game. This narrow focus does well to string along tension but rings too convenient, even broad, leaving little impression by the time credits roll––particularly in a rather contrived, hollow final note. While Ford skillfully keys in on millennial bitterness at failings of the gig economy, his script doesn’t have much complexity for more entangled questions of this nefarious behavior, creating a criminal world that registers more innocuous than properly skeezy. Emily the Criminal keeps up the pace to deliver an entertaining ride but misses the audacity to leave a genuine mark.

Emily the Criminal premiered at the 2022 Sundance Film Festival.