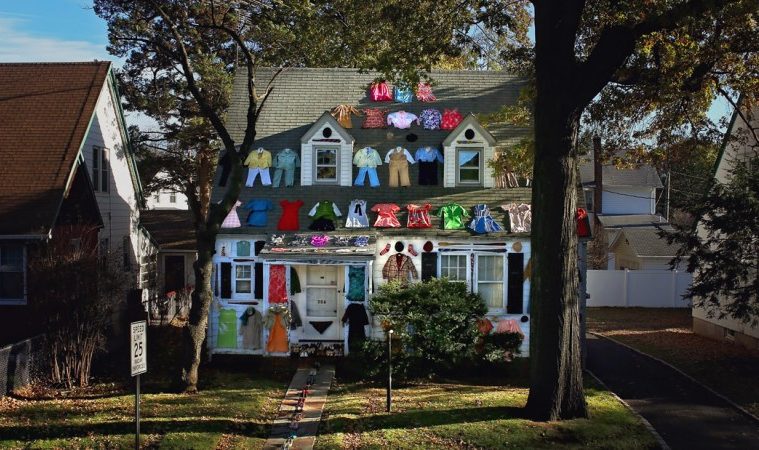 Sundance Review: ‘306 Hollywood’ is an Affable Look at Family History

306 Hollywood is billed as a “magic realist documentary,” and is presented in the kind of dollhouse aesthetic, tinkly piano, semi-twee manner that may suggest. I would understand both people who are entranced and those who are irritated by it, and I volleyed between both reactions during the film. Ultimately, it seems the movie may have worked better with all the good ideas condensed into a short.

After the death of their beloved grandmother, Annette, filmmaking sibling duo Elan and Jonathan Bogarín decided to turn their excavation of the Newark house she lived in for over 70 years (located at the eponymous address) into a movie. They lay out collections of household objects – toothbrushes, vacuum cleaners, never-thrown-away magazines and newspapers — in Wes-Anderson-esque tableaus. They have women model the dresses Annette made in life. After discovering old candid cassette tape recordings of household arguments, they have actors reenact the incidents while lip-syncing to the audio. The conceit is to pay tribute to Annette’s existence while also exploring what they can glean of her from what she left behind. Interspersed are interviews the siblings did with her while she was still alive.

When it works, the movie strongly evokes the feeling of sorting through a loved one’s possessions after their death. Particularly with elderly relatives who have left us with entire homes’ worth of material, there is an entire cultural ritual of sorts involved here, one which we don’t have a name for but which many of us can immediately empathize with. The best, most ingenious moments communicate the sense of wonder you get when you discover something that reveals a fact you didn’t previously know about someone, or the overwhelming feeling of facing a room’s worth of junk to get rid of. There are some indelible images, like Elan sitting in a literal sea of documents to shred. Moments like this could have only been done in this “magical realism” setting.

Then there are the more annoying parts, like the siblings setting an artificial deadline of 11 months before selling the house because that’s supposedly how long a ghost lingers in its old home, or talking about (and illustrating) their supposed preternatural encounters with their grandmother’s spirit. But despite the more unnecessarily saccharine detours, the film maintains a general affability, living on the strength of its better ideas and the reliable old-person cutesiness of the interviews with Annette. Above everything, it is a sincere and loving tribute from the filmmakers to their grandmother that doesn’t also feel too stuck inside of itself.

306 Hollywood premiered at the Sundance Film Festival and opens on September 28.