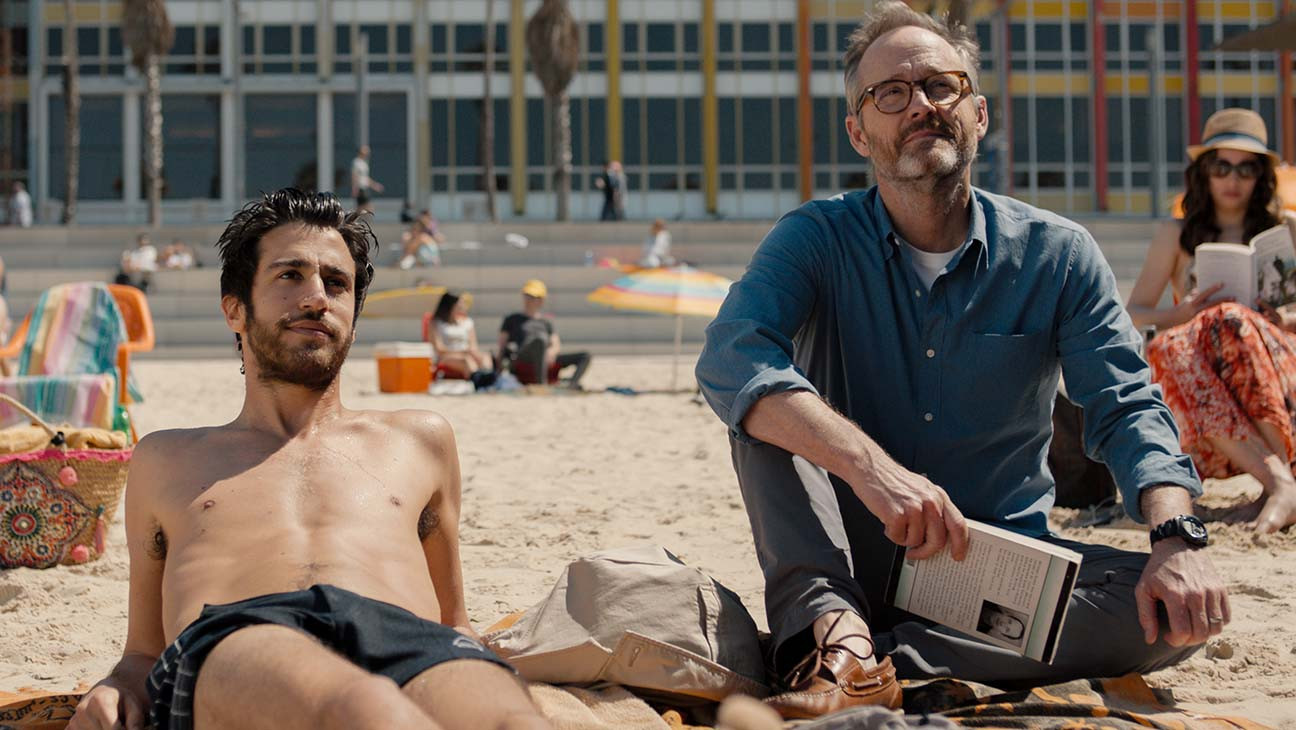 After earning acclaim with Yossi & Jagger, Walk on Water, The Bubble, and more, Israeli director Eytan Fox is returning to feature filmmaking for the first time in nearly a decade with Sublet. A selection at last year’s Tribeca Film Festival, the film will now arrive next month and the first trailer has landed.

Starring Tony Award-winning and Emmy-nominated John Benjamin Hickey and featuring the debut of Niv Nissim, Sublet focuses on a New York Times writer (Hickey) who visits Tel Aviv after suffering a tragedy. The city’s energy and his relationship with a younger man he meets there (Nissim) bring him back to life.

“With rich, nuanced work by both lead actors, subtle writing and an unhurried pace, as the two men get to know one another they each make an indelible impression on the other,” said The Queer Review‘s James Kleinmann. “Along the way, Michael also passes on his wisdom of how to pair socks so that they don’t lose their elasticity. It’s the kind of quirky, slightly goofy detail that gives the film its distinct flavour. “

Sublet arrives in theaters on June 11 and on VOD on July 9.