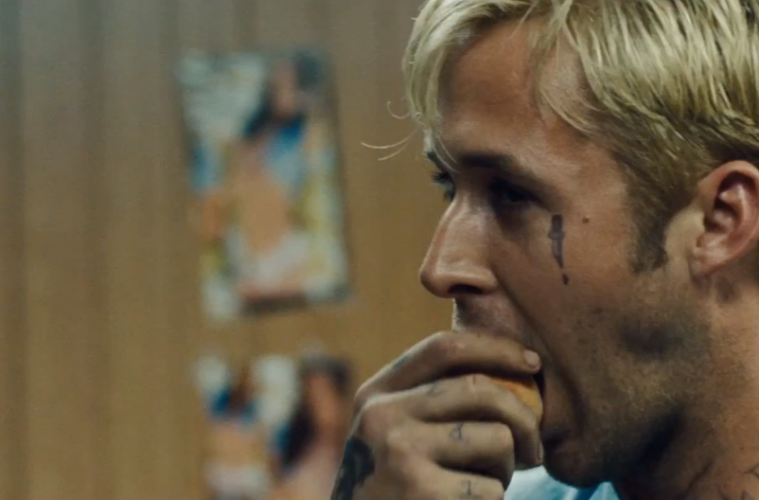 Right on the heels of the pre-Christmas unveiling of the film’s trailer, Focus Features has debuted a moody, stormy poster for Derek Cianfrance‘s The Place Beyond the Pines, the writer-director’s sprawling, reportedly quite ambitious follow-up to the very fine marital drama Blue Valentine. (Check out our review from TIFF right here, where we said that the film’s “ambition alone shows its director is not a one-hit wonder.”)

Like Cianfrance’s previous film, The Place Beyond the Pines stars hot-commodity Ryan Gosling, but the additional names on the cast’s roster — Bradley Cooper (Silver Linings Playbook), Dane DeHann (Chronicle, Lincoln), Bruce Greenwood (Flight), Ben Mendelsohn (Killing Them Softly) — promises something more extensive and male-centric than what Blue Valentine had to offer. Though with both Rose Byrne (Bridesmaids) and Eva Mendes (Holy Motors) in play, it’s unlikely that the film will be without interest in the opposite sex.

It’s interesting, then, that with a lineup of such current, talk-of-the-town stars, Focus has decided to push out a initial teaser poster completely without a bankable face. That’s not to say it’s not an effective one-sheet — I like the feel of it a great deal, in fact — but it would perhaps be beneficial for the studio to emphasize the presences of their male stars more aggressively, especially when considering that many of the cast members — Cooper especially — are currently making strong on-screen impressions in several of the year’s major Oscar hopefuls.

Nevertheless, there’s still plenty of time left until the film’s March 29th, 2013 limited release, and I’m sure the studio will do their best to sell the film well. With a theatrical release so early in the year, it’s unlikely that The Place Beyond the Pines will wind up a fringe Oscar player, but the budget of the film was significantly larger than the mere $1 million of Blue Valentine, so it’s going to need to make some decent returns. I, for one, am chomping at the bit to see it. Check it out below thanks to Focus Features.