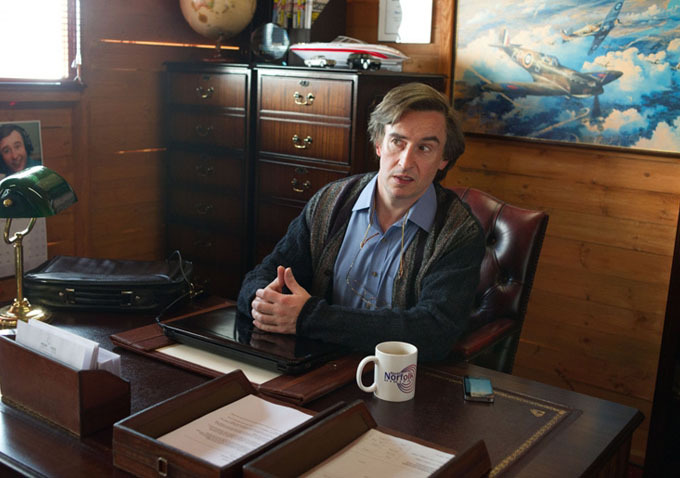 While American audiences may best know Steve Coogan from his work in Tropic Thunder and The Other Guys, his most famous work from across the pond is easily as fictional talk show host Alan Partridge from I’m Alan Partridge. While that show went off the air in 2002, Coogan has reprised the role in various specials and other happenings since that, but he’s officially back for a new movie this summer.

We’ve got the first trailer for the film today, which is a funny bit showing off how they landed on the title of Alpha Papa. Coming from television director Declan Lowney (Little Britain, Father Ted) who has already worked with Coogan on various other projects, we only know the plot will find our lead as “an unwilling participant” during “a large event in a small town.” Written by Peter Baynham, Steve Coogan, Armando Iannucci, Neil and Rob Gibbons, check out the first teaser below.