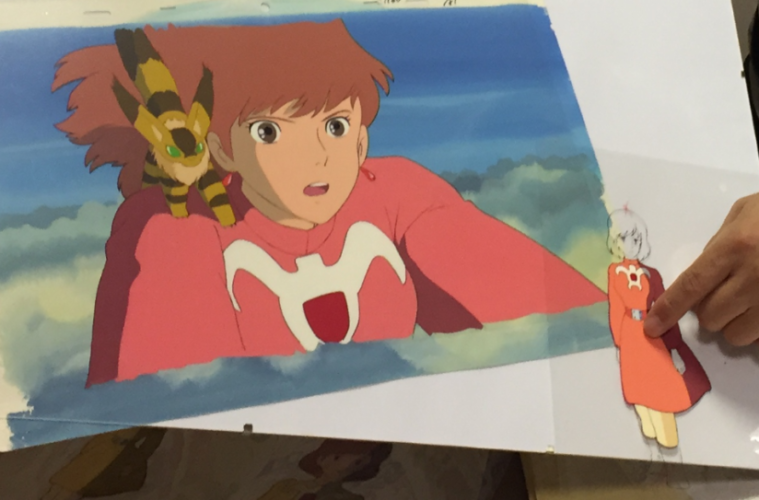 Anyone familiar with the works of Hayao Miyazaki knows that Studio Ghibli’s films are marked by painstaking visual detail. From the sight of wind rustling every individual blade of grass in a meadow to the shot of a room, illuminated by sunlight, in which every object casts a shadow, the meticulousness of Ghibli’s artwork has secured the studio’s reputation for being one of the world’s leading animators. As such, it is a staggering thought that classics such as My Neighbor Totoro and Nausicaä of the Valley of the Wind were actually constructed with even more artistic assiduousness than we have given them credit for — and yet a new interview with former Ghibli producer Hirokatsu Kihara demonstrates precisely this.

In a series of videos containing excerpts from the interview, Hirokatsu is shown explaining various intricacies of Ghibli’s artwork that likely go unnoticed by the casual viewer. One simple but striking detail is the degree to which Miyazaki and his team modified the colors that appeared onscreen based on the time of day in which a scene takes place. The effect is meant to replicate a phenomenon we encounter daily: a red shirt appears red to us regardless whether we see it at night or during the day, but the actual color of the light hitting our retina varies across the two times. Miyazaki subtly incorporated this phenomenon into his films: using concept art from Nausicaä as an example, Hirokatsu shows how, although it may be perceived that the titular heroine is wearing the same-colored dress across multiple scenes, the dress’s literal color actually shifts multiple times over the course of the film to reflect changing times of day.

Other interesting revelations abound in the interview, including unused stills from My Neighbor Totoro and news that the artwork for every frame of a Miyazaki film needed to pass beneath three pairs of eyes before being approved. All in all, the videos, which can be viewed below, confirm what we already knew: that the minds at Ghibli are master cinematic craftsmen who deserve our utmost reverence and gratitude.

For a more complete write-up of the interview, visit Najinsan.com (with a hat tip to Indiewire) and see videos below: