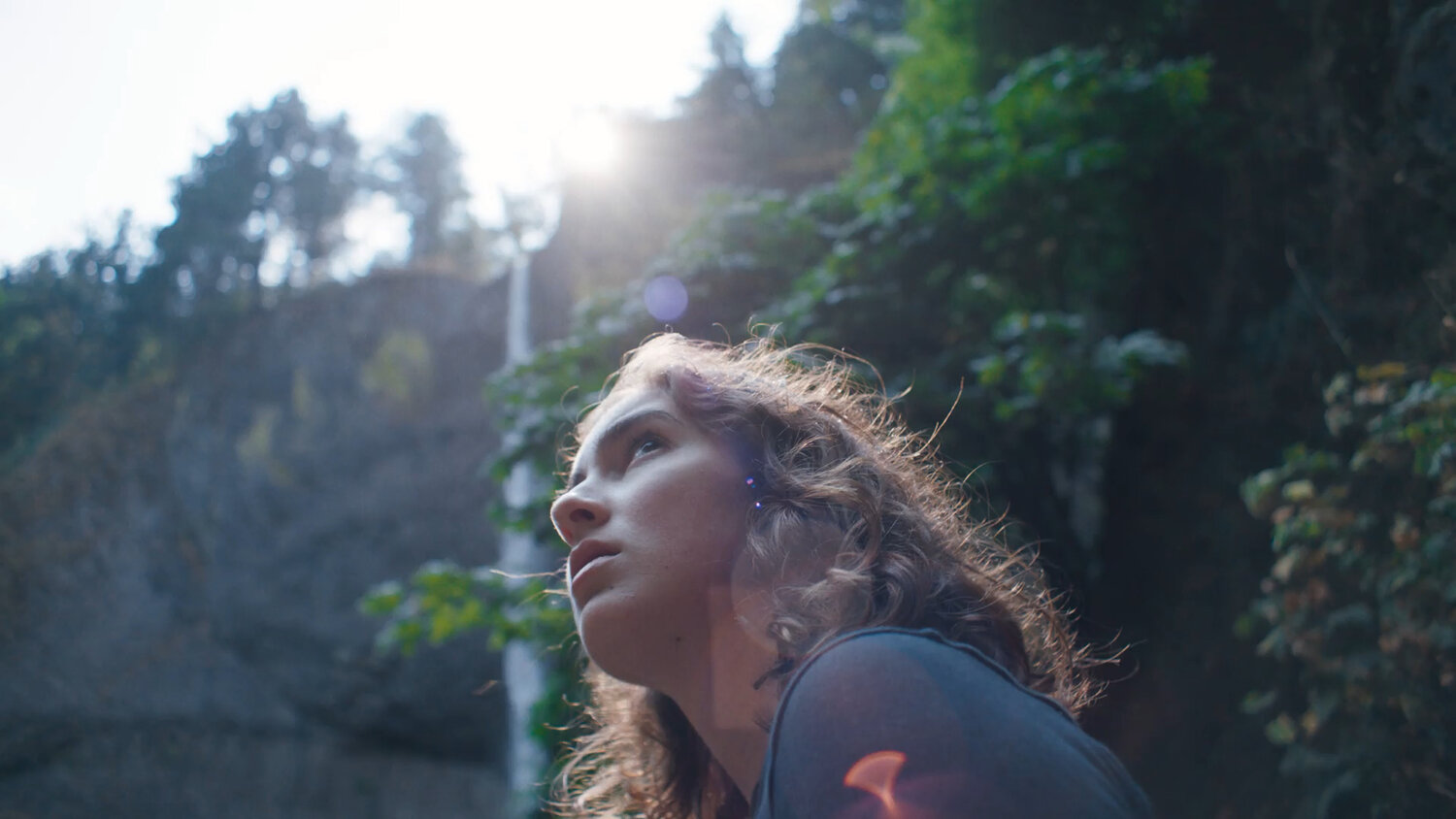 Sophie Jones, the creation from co-writing cousins Jessica and Jessie Barr, excels when focused on the eponymous high schooler’s detachment from friends and family. Exploring the grief and loss associated with losing a parent––in this case, Sophie’s mother––Sophie Jones is the result of multiple stories stemming from the Barr cousins. With Jessica playing the title role and Jessie directing, the film draws from their experiences, as both lost a parent when they were 16 years old.

The movie exudes a naturalness in the scenes between Sophie and her friends, as well as those featuring Sophie and her love interests. At the story’s beginning, she’s a drama kid, a virgin, an older sister, and a protector of her mom’s legacy––more than all of these, however, she’s just a teenager. As a junior in high school, she’s still figuring out how to deal with overwhelming amounts of grief. Still, time keeps passing in this coming-of-age drama, with the story eclipsing her high school career as she heads off to college in a new place with new people and new experiences awaiting.

Because of the personal subject matter, Jessie Barr’s feature directing debut contains a multitude of sensitivity and care. A tenderness washes over the entire film, and even as Sophie makes unassured decisions, you want to support her. You want to see her grow back into the world, find any semblance of peace or normalcy, and create meaningful connection in a time of prolonged difficulty.

Largely, Jessie Barr’s debut works in its goal of effectively telling this coming-of-age tale, shining when the narrative strays away from the Jones family and focuses in on Sophie’s day-to-day interactions. Throughout the film, she searches for significance in the relationships around her, dating her fellow drama friend twice, kissing her friend from childhood, and losing her virginity to a guy that throws on Reservoir Dogs during sex in one of the script’s funnier moments. In the process, Sophie alienates several of these people, as the judgment snowball swirls around her school.

The Barr cousins don’t opt for assured resolution, as grief rarely is tied up with a bow after a certain period of time passes. Instead, they show a series of vignettes in Sophie’s life over an 18-month period following her mother’s death. Some are more connected than others. Some are certainly more important than others. Each of them, though, represent the difficulty with losing a parent at this time of maturation, a combination of two uncontrollable goings-on in this young person’s life. As an intimate portrait of a high school girl’s grief, Sophie Jones expands beyond recent stories portraying this age range, due to its willingness to not focus on the idea of  young love. Sophie Jones is rarely romantic, chipping away at the constant lovey-dovey nature of high school relationships in the majority of media. Its strongest quality, aside of Jessie Barr’s lead performance, is an often clear-eyed look at intimacy in the face of tragedy.

While much of the ensemble give more showy, outward performances, Jessie Barr does little in contrast. She’s understated and reserved, recalling the vulnerability of Haley Lu Richardson, and allowing many of the emotions to be bubbling just below the surface. She seems ready to break into tears at any moment, but never gets too hot or cold, simmering at a low level of anger, sadness, and/or misunderstanding at all times. She’s tremendous in this role, and as the film is based on some of her own experiences, her greatness makes sense. To be willing to go back to that place, with all of its complicated emotions, is admirable. She surpasses this admiration, though, giving an empathetic, relatable performance that holds the film together even as the script falters in the third act. The success of the project rests on her inscrutable face, and as with those around her, one struggles to know what she’s thinking, which doesn’t hinder the film, but increases its understanding.

At times, the writing can be strained, as the filmmakers explore this idea of grief without being too obvious. Certain scenes become more convincing than others, though the film is helped by a concise runtime. With a fantastic lead performance and prudent direction, the film still manages to succeed as both a first feature and an exploration of youth, sex, and loss.

Sophie Jones is available to rent on VOD and in select theaters.