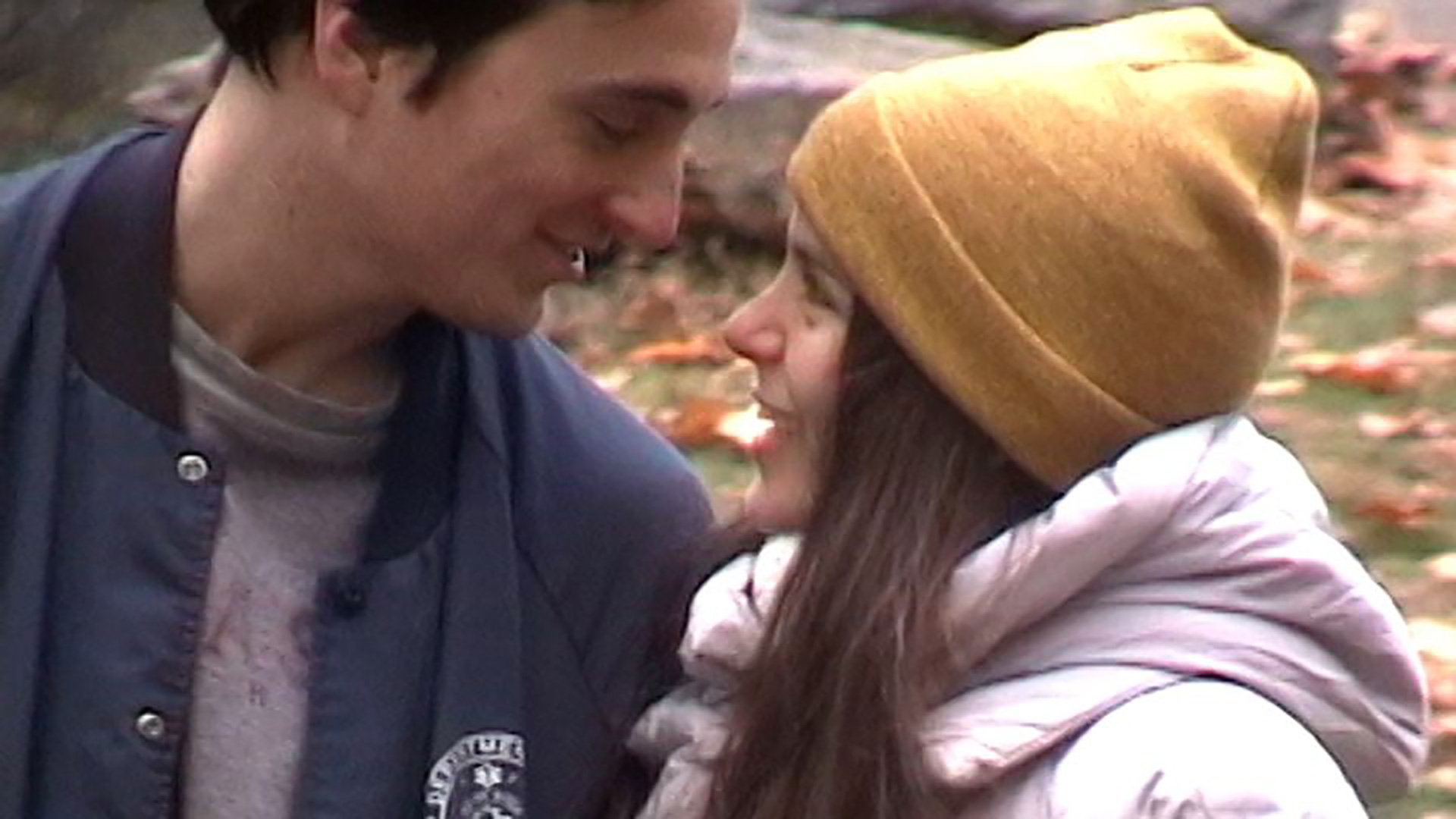 A long-time coming fit of exasperation gets Lisa (Isadora Leiva) to ask herself the question she should have asked before leaving Florida behind: is New York City a place or just an idea? A stranger at the airport tried to prepare her for this inevitable reckoning by handing over an unsolicited fifty-dollar bill along with advice to temper expectations, but dreams aren’t so easily thrown away. This move is about hope and excitement. It’s about leaving behind the only life she’s ever known to adventure forward into a fresh future with infinite promise. Her college boyfriend (Ryan Martin Brown’s Eric) already resides there, and she’s secured herself a place to stay via a friend-of-a-friend (Kelly Cooper’s Holly). So, what could go wrong? The unfortunate answer is always: everything.

Writer/director Justin Zuckerman has more or less taken all the usual romanticized tropes of a NYC film and flipped them on their head with Yelling Fire in an Empty Theater. His characters are awkward, self-absorbed, and cluelessly numb insofar as not comprehending the concept of tourism. There’s a great dinner scene early on when Lisa meets Holly’s friends with the sort of enthusiasm any newcomer would possess. She wants to know all the cool things they do. She wants to get their opinions on which uniquely New York activities she should experience first. And all they can muster are quizzical looks and earnest confusion because this is their home. Excitement doesn’t exist at home. Excitement only exists elsewhere. It’s the most absurd reaction possible and yet entirely relatable.

Everything presented is thus just askew from the norm. We obviously anticipate drama since no big life change is without, but not quite in the way Zuckerman delivers it. He teases potential friction courtesy of Holly’s live-in boyfriend Bill (Michael Patrick Nicholson) and uncertainty through Eric’s constant refusal to make time, but the logical endpoints for such things prove midpoints instead. This way Lisa is allowed to engage with clichés and fight back against them. She’s able to be the sole sane person on-screen, looking past the romantic ideal of sexual encounters and embellished interactions to wonder what the heck is going on. They’re all so impulsively dull that it becomes impossible not to witness how her luster of promise has been gradually disappearing with each passing day.

Lisa is desperate to preserve it by taking matters into her own hands. She starts smoking, looks to learn guitar, and begins temping for a travel agency in the hopes of meeting new people to entrench herself in the city. No one wants to comply, though. Holly and Bill just scream at each other inside their apartment. Her coworker Sean (Austin Cassel) is a bit of an idiot and not yet old enough to drink. And Eric keeps talking about this great life he’s leading without ever once offering to bring her into the fold. Lisa is discarded as an outsider viewed by all as a distracting obstacle … until they need her and ultimately try giving her a kiss for the opportunity to make them feel better.

It’s a fun twist on conventions that fits with the lo-fi aesthetic (Zuckerman is quick to mention that the film was shot on less money than their main set’s monthly rent). In some respects, this is a warts-and-all nightmare depiction of following your heart only to watch it be crushed. The grainy full-frame stock might even be more polished than characters who are either willfully dumb or maliciously indifferent—and I wouldn’t want it any other way considering how enjoyable those traits are in quasi antagonists. Lisa’s first hour in her new home is spent asphyxiating on paint fumes (Holly forgot to finish the last coat until that morning) and listening as Bill argues that she needs to leave because he already promised the room to his friend.

That intrinsic anger (Holly and Bill are swimming in it) is only bested by the clueless literalism of the other men in Lisa’s life. From Sean and Eric not understanding hypotheticals to Doug (Colin Burgess) interpreting every word that reaches his ear in a way that benefits himself, it’s amazing Lisa doesn’t hop a plane back to her parents in Florida before unpacking. They all possess this inherent cringy-ness that leads to slack-jawed second-hand embarrassment whenever they open their mouths. And the result is always entertaining (cue the most cowardly break-up I’ve seen in a long time) and empowering since Lisa never allows herself to be manipulated away from her correct reading of every situation. She sought rebirth under the flashing lights only to find cockroaches frozen beneath.

Cooper and Nicholson are great as those insects. Her Holly epitomizes the unearned confidence of a white woman living off rich parents so she never has to worry about whether “the money will come.” His Bill is the consummate singer-songwriter who believes himself a genius and the target of everyone’s bottomless affection. They’re just nice enough to wonder if Lisa will find worth from them, but too egotistical to pretend the chances aren’t slim. That’s okay since Leiva endears regardless. We champion her from frame one and only grow more protective as she traverses the chaos of a world unlike the fantasies depicted in the movies. And while her end destination is hardly surprising, the final straw certainly is. Zuckerman shouldn’t expect any support from NYC’s tourism board.

Yelling Fire in an Empty Theater premiered at the 2022 Slamdance Film Festival.