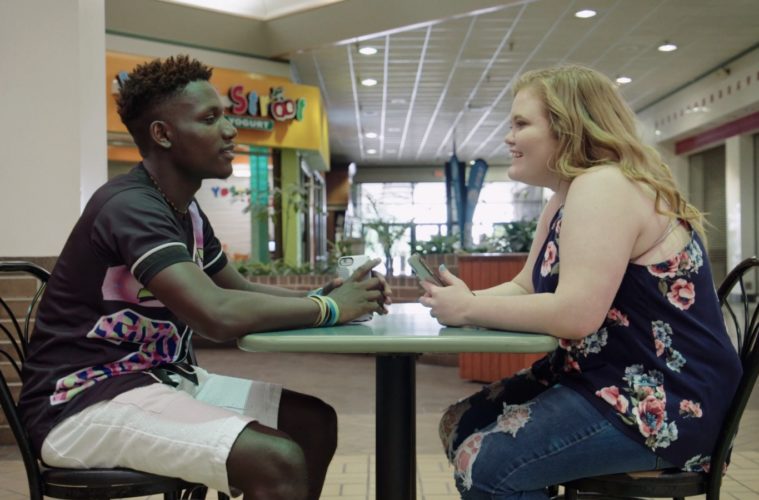 In the small town of Jasper, Alabama, a mall clings on to existence. Jasper Mall opened its doors in 1983 with a JCPenny and K-Mart functioning as its anchor stores to pull in customers. At the time it thrived, with full parking lots and packed crowds every weekend. Today, it’s on life support. The flagship stores are gone, the mall’s design appears untouched from its glory days, and only a few businesses remain open. Directors Bradford Thomason and Brett Whitcomb filmed the mall over the span of a year to make Jasper Mall, which looks at this little piece of dying real estate as a symbol for America’s changing cultural landscape.

The first person we see is the mall’s manager, Mike, who used to run a zoo for 25 years. He spends his days walking throughout the property, managing his skeleton crew while cleaning up the place and searching for vendors to lease some of the space (one of the store owners talks about rumors of a Victoria’s Secret opening up, but they remain just that). Mike and his staff, much like the mall, feel stuck in time, operating as usual despite the inevitable surrounding them. Early on, we see the workers start their day declaring the pledge of allegiance to the American flag in the empty building. To their right is a Subway, and to their left is an independently owned sub shop. Both stores shut their doors by the end of the film.

Thomason and Whitcomb approach their subject matter with a gentle detachment. The visuals switch between handheld shots following different subjects or locked down, well-composed shots of the mall’s cavernous and dated interior. The straightforward direction leaves a feeling of a lost potential in diving deeper on the subject matter, but the images presented here have enough to say on their own. The wave of 80s nostalgia currently dominating pop culture looks at indoor malls with a post-mortem perspective, treating them as new relics or curios. This kind of blinkered view denies the reality of these places as economic driving forces for cities like Jasper, and the ways they shaped the communities of cities across North America. Looking at all of the vacant space in Jasper Mall makes you remember how full that space used to be. It also makes you wonder what new spaces have replaced them.

The film switches perspectives several times, honing in on store owners at the mall, eccentric regulars, or teenagers working under Mike. Some of these moments feel like padding, underlining messages already made by the filmmakers. But all of these sequences serve a greater purpose of seeking out moments of grace while awaiting the end. At one point, Mike lets the crew inside the now abandoned K-Mart, shining a flashlight through the hollowed-out insides of a former retail giant. When the light hits the walls, it bends and reflects back as floating lines across the entire room, like we’re seeing abstract remnants of the past. Moments like this remind us of the unusual place we find ourselves in today; at the end of an era without moving on to the next, taking a fond look backwards when there’s no choice but to go in the opposite direction.