Slamdance Review: Be Right Back Takes a Circuitous Journey into the Forest 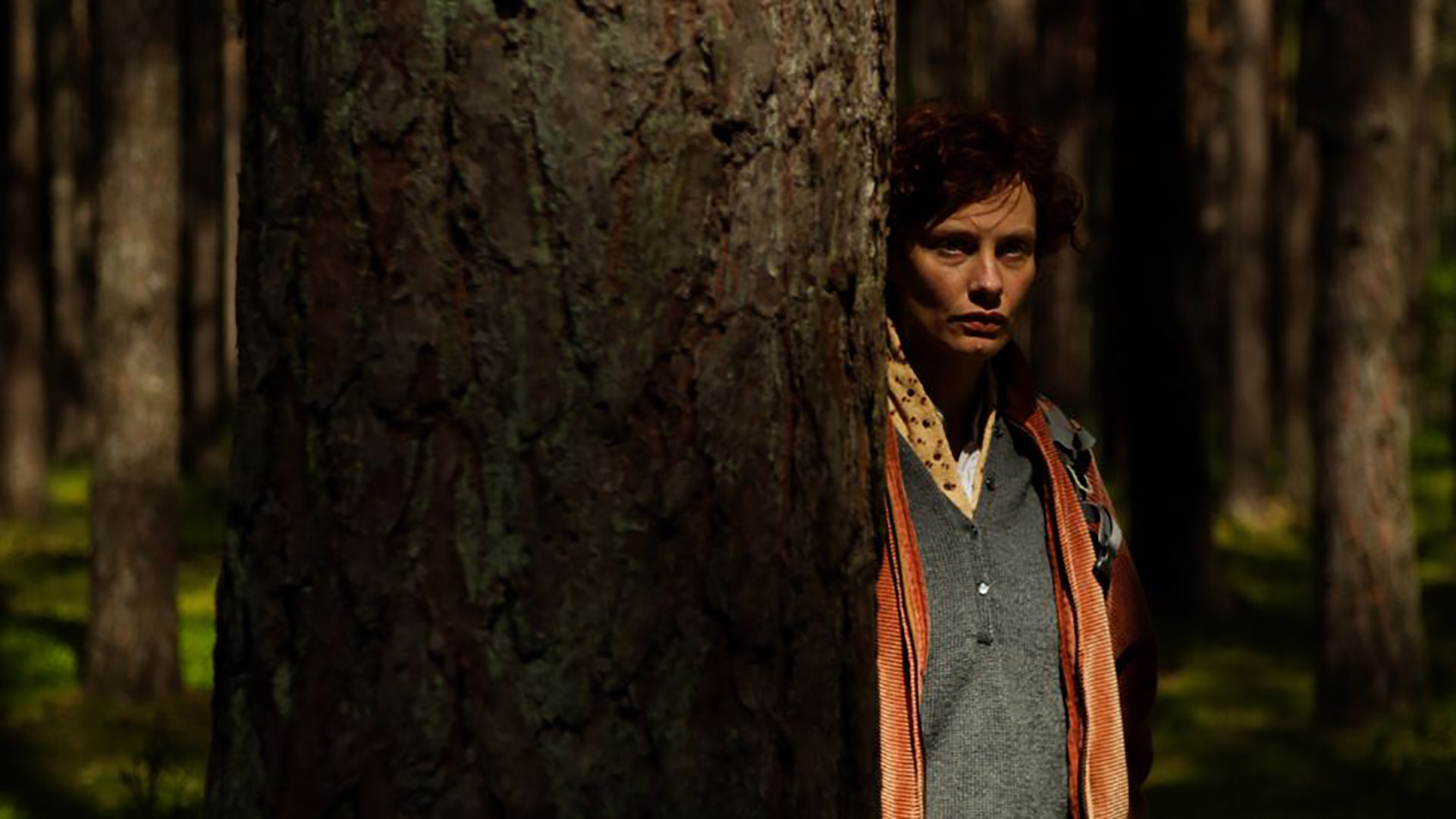 Director Frauke Havemann’s story about traveling into the woods with her dramaturg to discuss a new project at the onset of COVID-19 feels crucial to understanding the experience she and co-writers Peter Stamer & Matthias Wittekindt bring to the screen with Be Right Back. The initial sense of escapism. The inevitable introduction of that nightmare via social media and the internet. The increasing emotional uncertainty and existential crisis born from knowing you must return to the world as it’s shutting down. The projection of fears and anxieties upon nature to turn serenity into chaos. It’s the sort of context we need to see her characters as more than weird eccentrics and their world as more than purgatory. It’s a doorway towards relatability.

That doesn’t make this a COVID film, though. It merely helps us appreciate the headspace of those we follow, considering Havemann is uninterested in providing any of them backstories (save the loquacious Inga Dietrich’s penchant for anecdotal tales about her grandparents). We don’t know why she, Poul Storm, Iris Boss, and Jack Rath have found themselves living as neighbors within an abandoned campsite. Nor do we know why Effi Rabsilber has stumbled upon them, beyond her vague explanation of “a trip” for why she ventured into the forest in the first place. All that matters is they’re here now, living together while also very much apart. They almost revel in the opportunity of having new blood, as though they’d grown sick of (or comfortable with) the others.

Everyone has their routine. (And none of them have a name, as far as I can remember.) Dietrich leaves her hut at 6:30 every morning to collect firewood she then chops and stacks like clockwork. Storm sits at his window to watch the trees and remark aloud to himself that each has situated itself perfectly besides one, never exiting to gaze upon their positions up-close. Boss sits in her kitchen playing Scrabble with herself—or perhaps it’s more accurate to say she plays as a team with herself against nobody, considering she mixes and matches letters from both racks to spell a word from her extensive, encyclopedic knowledge of which vocabulary comes along for the ride. And Rath peers through her window, watching before practicing his charades.

Rabsilber fits right in, absorbing their weird proclivities with nary a quizzical look of confusion. They are as she is. What they choose to do is none of the others’ business. It’s not until Storm leaves his hut for reasons he can’t verbalize—was it Rabsilber and Dietrich’s screams at seeing some unknown creature beneath a fallen tree or the wind opening his door to let pine needles form words upon his floor?—that anyone asks why he never did before. Only when the group sits down to play charades with Rath does he finally speak to the others’ dismay, considering they were under the impression he didn’t know German. Rabsilber is a catalyst of sorts, her arrival shaking things up just enough to open eyes.

What they see, accordingly, is the unfortunate fact that they have run out of food. All the freezers are empty and no one is brave enough to agree that Rabsilber’s ideas about eating crickets and beetles are feasible. Hunger sets in. Stir craziness, too. Everyone begins roaming in search of food only to find (or manifest) anomalies in the process. Storm starts talking to the trees with axe in-hand. Rabsilber can’t stop seeing circles in the foliage, the patterns becoming her new obsession. And Rath suddenly declares love in English, saying more in two minutes than anyone else said for the duration of the film. Is any of it meaningful? Is it all obtuse absurdity? Will any of them ever leave? I honestly don’t know.

And therein lies the rub: I don’t think Havemann knows either. This is a mood piece you either appreciate as the oddity it is or get lost in the minutiae and bored for your trouble. I personally vacillated between those two options for the entirety of Be Right Back‘s brief 75-minute runtime: intrigued by the possibilities and promise of purpose while also frustrated by the unavoidable realization we were going in circles ourselves. Havemann speaks about “the forest not caring about human drama” and humans placing their drama onto the forest; there’s something to that contrast. Rather than say anything about it, however, she presents the loss of clarity unmoored visitors far from their natural habitat encounter for audiences to fill in the blanks themselves.

Be Right Back premiered at the 2022 Slamdance Film Festival.