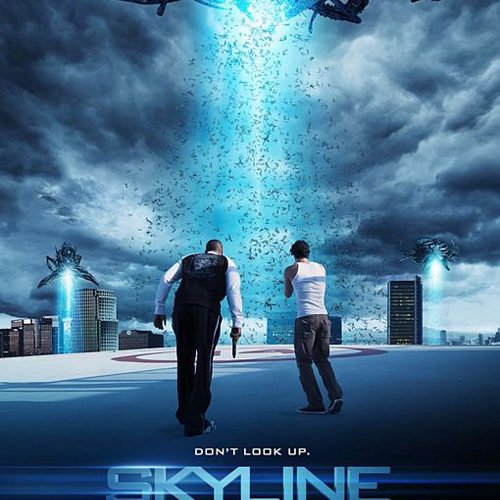 With the recent influx of low-budget, high-concept sci-fi and horror films few seemed to piss more people off than the alien invasion thriller Skyline. Following a marketing campaign that showed off aliens sucking up virtually all of humanity, audience interest was clearly piqued, resulting in worldwide gross of nearly $70 million (from a $10 million budget). However, with scathing reviews from both critics and viewers (a D- CinemaScore, and this was no Killing Them Softly), it seemed most didn’t take what was mostly a one-room, poorly executed character drama.

As initially promised when it was released four years ago, it looks like a sequel is now being put together. Announced via an official Facebook page, writer and producer of the 2010 film, Liam O’Donnell, will be helming Beyond Skyline. While I, like many, found the first film to  be mostly inept, there was that batsh*t-crazy cliffhanger ending. In it, (spoilers ahead) two of our leads were sucked up to the mother ship and one becomes half-human, half-alien, a scenario which at least has us intrigued as to where they’ll go from here. While no plot details are available, one can check out the sales poster below. What were your thoughts on the first film? Would you watch a sequel?