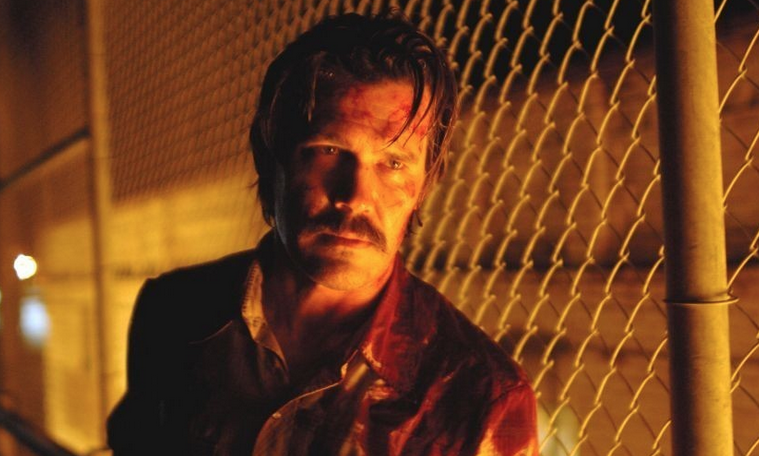 It’s been 9 years since the Coen brothers released their seminal, Oscar-winning crime drama No Country For Old Men, a twisting tale of fate, violence, and age. This almost-decade gestation hasn’t lessened the films power, appeal, or depth as most recently depicted by a new video study by Glass Distortion.

In it, a comparison is drawn between the Coens’ storyboards and their final product on the screen, exemplifying both the directors’ (and of course, cinematographer Roger Deakins) ability to bring vividly to life their exact vision from the page, and also improvise slightly to assure visual continuity. There is an interesting shift between a head-on medium close single of Josh Brolin’s Llewelyn Moss in the storyboard that would end up becoming a single medium close that is more akin to a profile than a head-on. This allows for Deakins’ absolutely gorgeous primary top lighting — in addition to what looks to be a top-lit kicker and a subtle bounce from Brolin’s fill side — to take front and center stage and create atmosphere and realism.

See the full video below, along with the making of No Country and an extensive interview with stars Javier Bardem and Josh Brolin.