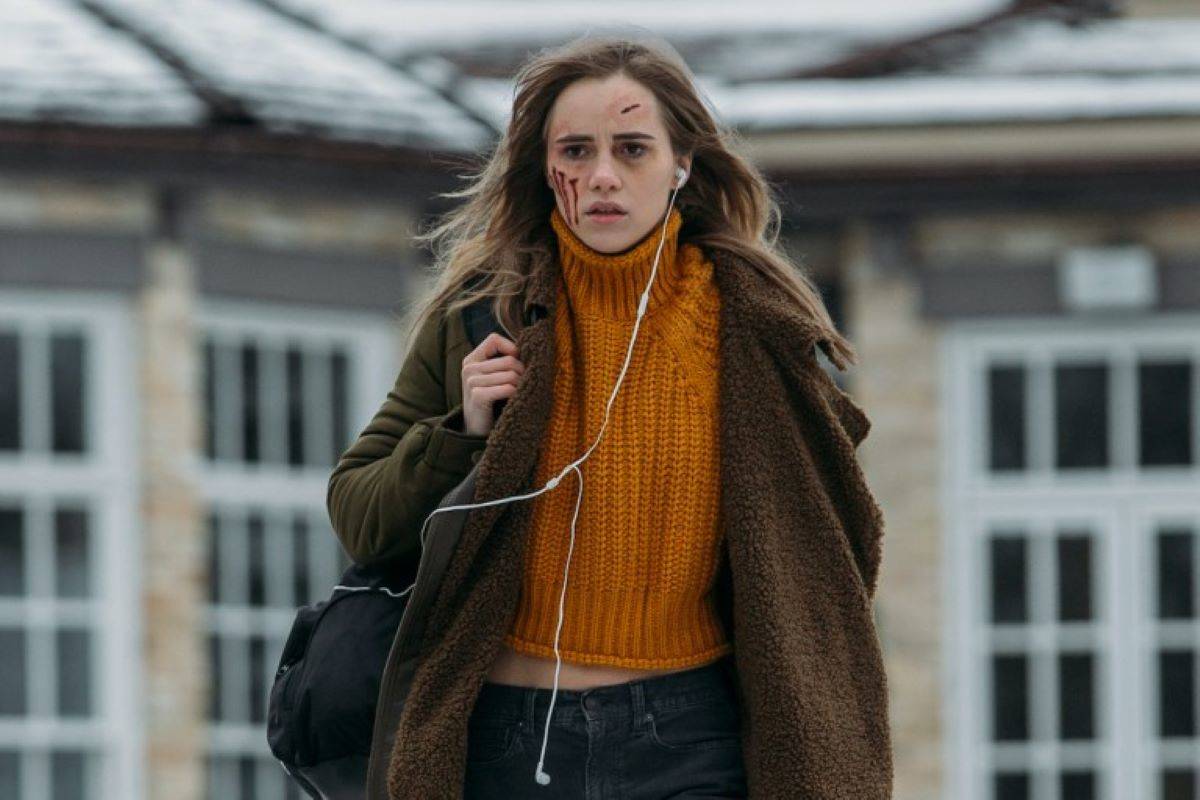 When a new low-budget horror film copies Jessica Harper’s car-bound arrival from the original Suspiria within its first ten minutes, one knows instantly what territory they’re in, as amalgamating scenes and stylistic tics of various ‘70s and ‘80s horror classics has basically been the standard process for a whole decade’s worth of genre film. At the point where you’re just waiting for the obligatory split-diopter shot to show up, it’s hard to not get the feeling of the genre going into a bit of a death spiral. And, when aside from maybe two good blood spurts, the film seems to be lightly ashamed to even be a slasher––not relishing in the deaths at all, or even generating much in the way of tension––there’s an even bigger problem at hand.

Though in the case of Seance, the Suspiria connection goes further, as new student Camille (Suki Waterhouse) arrives at Fairfield Academy, a boarding school for the performing arts which has been rocked by the mysterious death of a student following a Bloody Mary prank gone wrong. With the group of girls involved in the incident left in a state of grief, guilt, and befuddlement, a heavy air of doom is cast over school and its cold winter semester.

Camille’s abrupt entry into this fractured environment soon leads to her casting suspicion on her classmates as well as turning to an old school yearbook, realizing that possibly the ghost of another past student haunts the old school, while the separate problem of a masked killer picking off the girls one by one also arises. Yet could speaking with the dead girls via Ouija-like means be the key to unlocking the mystery?

Seance has a couple of good ideas, and is somewhat noble as an attempt to mash various subgenres together, yet comes off completely lacking in its execution. It’s surprisingly joyless, especially coming from screenwriter Simon Barrett, whose best-received work has at least displayed a pronounced sense of humor. While his directorial debut shows competence behind the camera (if a lot of instances of rack focus counts), he also seems to make what should be a fun genre romp an odd flatline, leaving the question of what exactly he was trying to achieve.

The matter is certainly not helped by lead Suki Waterhouse, whose severe lack of charisma weighs the entire movie down as well as a drab, depressing sheen which adds an almost odd sense of self-importance to the proceedings. Maybe it’s not fair to continually measure Seance against its influences, but it’s at least worth considering why it’s so far from the dreamy charge that defines so many of them. If anything, there’s a nagging sense of the film being stuck somewhere between an elevated horror in approach but a riotous American giallo through the script. It’s an odd dichotomy for a film that comes from a sole writer/director.

Only by the climax, which features a couple of outrageous images and ridiculous twists, does Seance seem to really be taking any pleasure in being a genre movie. At that point, it’s too little, too late. Heading back to our establishing thought, one hopes this doesn’t speak of a future identity crisis for horror cinema, one even more despairing than a simple remix culture.

Seance opens in theaters and on VOD on Friday, May 21.