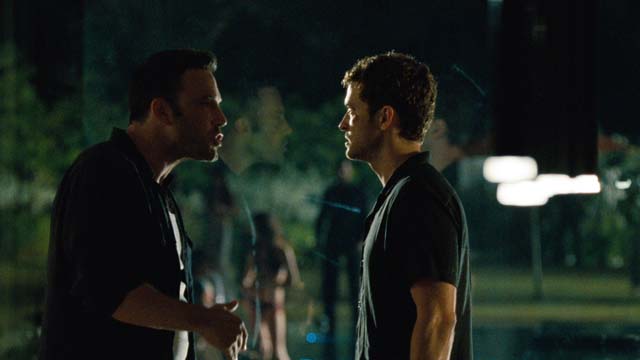 Coming off his Argo Oscar win, Ben Affleck is looking to have some fun with his next project, a gambling drama titled Runner Runner. Directed by The Lincoln Lawyer helmer Brad Furman, the film sees Justin Timberlake playing a Princeton student who unfairly loses a big online poker gamble and makes it his mission to track down the corrupt site owner played by Affleck, who ends up making JT his right-hand man.

We’ve now got the first trailer for the film, which unfortunately comes from Entertainment Tonight, who butcher a great deal of it. But still, there’s enough footage here to get a strong handle on its tone and we’ll update when the official one arrives later this week. Featuring Affleck feeding people to crocodiles, check it out below for the film also starring Gemma Arterton, Anthony Mackie and Parks and Recreations‘ Ben Schwartz.

Update: The official version has now landed and can be seen below.