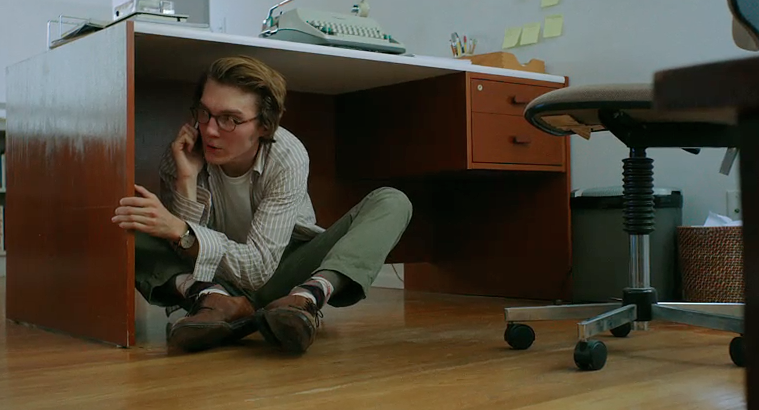 After directing many music videos for artists including Oasis, Weezer, The Smashing Pumpkins, R.E.M. and The Red Hot Chili Peppers, the duo of Jonathan Dayton and Valerie Faris finally broke out in Hollywood with their Oscar-winning dramedy Little Miss Sunshine. But since 2006, they’ve been completely absent. They’re back this year however, with a film titled Ruby Sparks, written by its star Zoe Kazan.

She joins Paul Dano, Antonio Banderas, Annette Bening, Steve Coogan, Elliott Gould, Chris Messina and Deborah Ann Woll. Telling the story of a writer who can create his dream woman from just his words, it looks to have the same crowdpleasing, heartwarming tone as their last film, but a somewhat smaller scope. While Little Miss Sunshine gets ragged on due to its success, I remember having a good time with it and hopefully the experience will be replicated here. Check it out below via Apple.

Calvin (Paul Dano) is a young novelist who achieved phenomenal success early in his career but is now struggling with his writing – as well as his romantic life. Finally, he makes a breakthrough and creates a character named Ruby who inspires him. When Calvin finds Ruby (Zoe Kazan), in the flesh, sitting on his couch about a week later, he is completely flabbergasted that his words have turned into a living, breathing person.