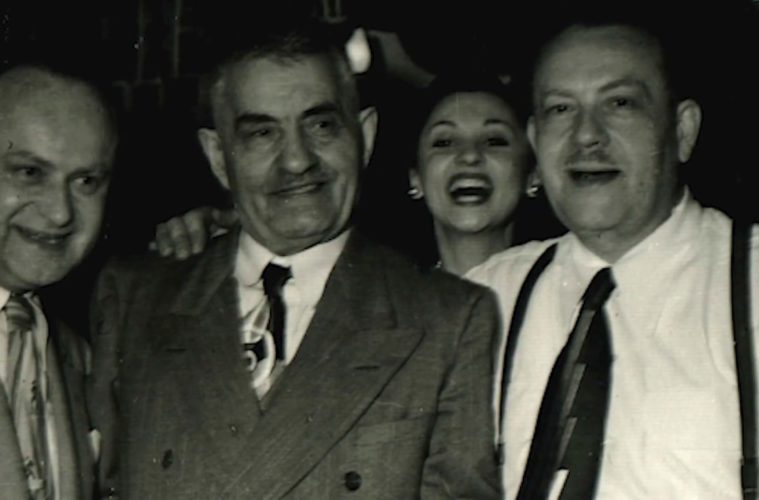 Cities are special. Each one has its own particular idiosyncrasies–little places, and moments of culture that make it stand out in the world, nuances that could never be understood by the people that don’t live in those worlds. The breathtaking specialness of one’s own city is something that isn’t truly realized without distance from it, without contemplation on a life where you aren’t walking down those streets or seeing the places that have become fundamental to your views or the world. On the surface, most cities are similar from a distance. An outsider might not be able to tell the difference in iconography between a city like Chicago and another metropolis, but each one has its stories and characters that eclipse the confines of city blocks and asphalt.

Roy’s World is primarily a documentary about that feeling of uniqueness–about the beautiful events and specific place in history that Chicago and its people bring to the world. It follows Barry Gifford, most known for his novel Wild at Heart, and is about the short stories of a character named Roy who grows up in Chicago’s often hectic environment. Gifford was born in a hotel room in Chicago and spent years of his childhood living between there and New Orleans, before building his adult life in the city as a journalist, novelist, and poet. His father was involved with organized crime and that connection to the human side of lawlessness is present in a lot of his work: vast three-dimensional portraits of outsiders distanced from conventional American society. That connection is prominent in the film as well. Chicago is presented not just as an architectural landmark, but a place where distinctive people can thrive and find solace within the city’s streets.

Similarly to Jia Zhangke’s I Wish I Knew and Terence Davies’ Of Time and the City, Rob Christopher’s Roy’s World utilizes testimony and art to portray a picture of their depicted city. It’s a documentary less interested in the historical beats as much as it is the people affected by them. Gifford’s work is used as a conduit to discuss the prominence of racism, crime, and poverty throughout Chicago’s history, in a way that always feels invigorating and not didactic. A noteworthy sequence shows the casual racism from store owners in the segregation era, with racist employees refusing to serve anyone with a darker complexion. It contextualizes Chicago’s place in American history, showcasing how racism is embedded across the nation’s institutions, even in cities without explicit segregation laws. Additionally, the link to Gifford’s own life provides personal insight into what it was like for the families of mobsters in the 1950s, with extravagant hotel rooms and expensive gifts being contrasted with loneliness and occasional bursts of violence. The use of animated sequences (with voice acting from Willem Dafoe, Lili Taylor, and Matt Dillon to bring some of Gifford’s stories to life) are excellent and amplify the fantastical elements of the city. They work well with the use of archival footage, which focuses largely on the systematic changes that Chicago has undergone and how they’ve affected those without a warm hotel room to rely on.

This is not the film to learn explicitly about Barry Gifford or to hear about the intricacies of his creative process. It’s far more ambiguous and reliant on the viewer making their own impressions on the significance of the work. So much of the film seems to be about the ability of art and design to transcend its original intentions, becoming special and preserved in the hearts and souls of millions of different citizens. It’s a film not about the nature of creation, but about the wonderful aftermath that the work brings, and the deep satisfaction of knowing that you’re a part of that continuation in any small way. It’s beautiful and more in spirit with the work of its subject than any potential talking heads documentary could have ever been.