Rotterdam Review: The Year of the Discovery Recovers a Piece of Spanish History with a Formally Audacious Perspective 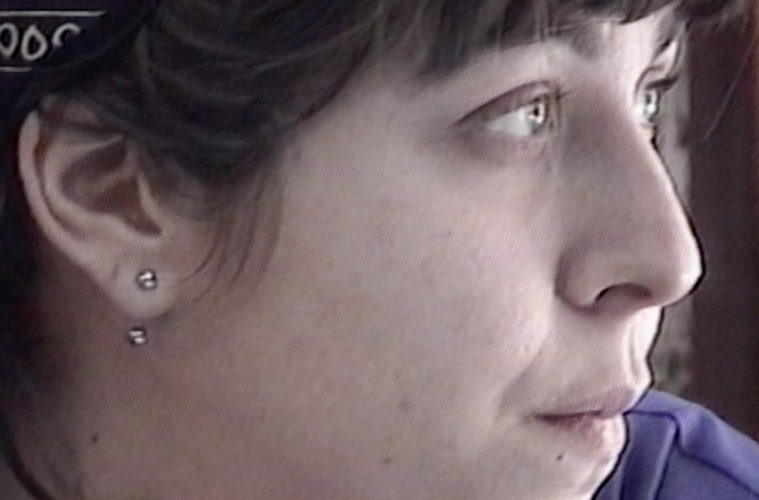 The formally audacious and politically enticing documentary The Year of the Discovery may feel daunting with its 200-minute runtime, but Luis López Carrasco’s new film is anything but taxing.

Presented mostly as two parallel screens, the documentary is shot with a VHS camera (which mimics most of the news footage that is used to illustrate its events) and focuses on a generation of factory workers in the Spanish region of Murcia, who protested due to the precarious condition of their jobs. While the protests were happening, the local parliament burned up. It’s an image also burned into the mind of the director, who decided to make the film once he realized that not many people remembered how or why it happened.

Divided in three chapters and an epilogue, the film is a profound exploration of the motives behind the protests, mostly through direct interviews with those involved in them, or by shooting conversations between young people who heard about them or are living through a new recession that has led them to a new employment crisis. It becomes a portrait of the neighborhoods, the families, their history, their stories, and how what they’ve lived through once is happening again.

The title of the film refers to 1492, the year of the “discovery” of America, but at the same time it also refers to 1992, where the massive protests happened in Murcia. 1992 was also the year of the Barcelona Summer Olympics and the Seville Expo, which tried to bring forward the idea of an economically stable and strong Spain. While that happened, the factory workers of Murcia were being unceremoniously fired by the new owners of the factories, who had opened up to foreign investment and didn’t see any economic value in maintaining them in operation.

The film is mostly shot inside a cafeteria, dressed-up and changed so it looks like one from the ’90s. The people talk to the crew or other people about their priorities today compared to those from yesteryear, and suddenly a paradox starts to appear. After being such a combatant region, the people have seemingly fallen victim to the rhetoric of the far-right, some of them being syndicalists that have turned into racists, fascists, and even dictatorship apologists.

The reason behind that turn becomes a subconscious thread of thought while watching this fascinating document of a “lost” generation, as the story of these last workers has never been told before in Spain media. The film slowly but surely builds up to that moment when the parliament burns, with a careful explanation of the facts by people that were a few meters away from the building as it started to set ablaze. There’s no shame in the words by those that protested: it worked; a few weeks later the president announced palliative measures to protect their jobs.

The political and syndical talk might tire some people but, if anything, this serves as a reminder of a time when these kinds of conversations about hardcore political concepts were a more common thing. A time when making a syndicate wasn’t seen as a crime, and not even as a right, but an obligation to protect themselves from less regulated policies.

The constant back and forth between the two screens is always surprising, showing corners of places, focusing on the faces of those talking, while we see the other face hearing, reacting. Sometimes one screen only holds text information, supporting what the interviewee in the other screen is saying. It’s playful and dialectic, but it never detracts from the most important element: what the people are saying.

At one point a woman describes how his father died of a heart attack, while another describes how her mother turned into a Francoist. A middle-aged man tells us about the time when he turned thirteen and had to start working at the local factory, and how he got into his first serious work accident at thirteen by having a piece of machinery fall on his foot. It’s these stories that give reason to the fight they did, a resentment that still lives in a system that hasn’t changed for the best. It’s a savage capitalism that has ravaged their entire lives and their stories. This film tries to recover them.

The Year of the Discovery premiered at the International Film Festival Rotterdam.